by E.L. Martin 10 days ago in parents

Fuzzy Photos and the Big Picture 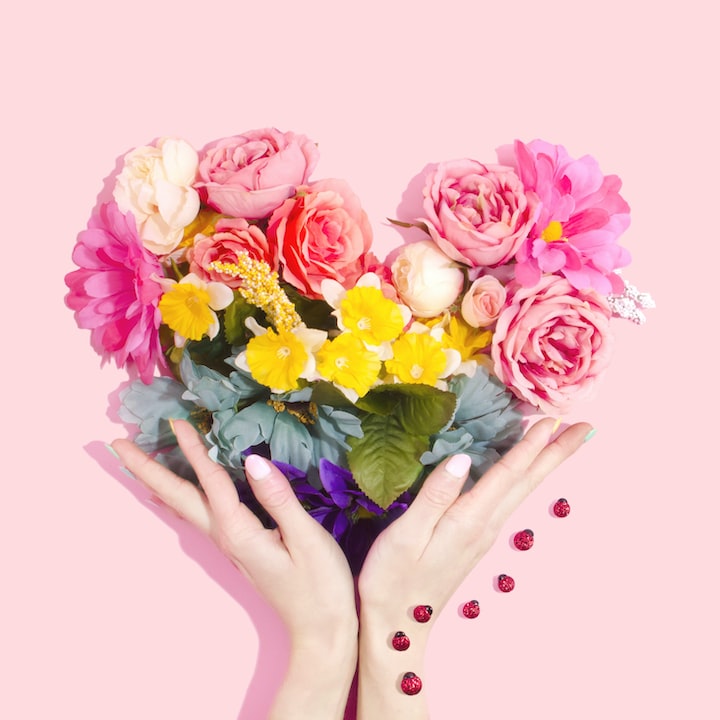 Photo by Amy Shamblen on Unsplash

A memory showed up from nine years ago. I usually don't bother with photo memories from Shutterfly. I just happened to be feeling romantic today, and wondered if there were any good photos of my husband and me. There were, but they weren't the ones I expected. I didn't realize I would be filled with emotion as I opened it. Tears flooded to my eyes as I remembered. You were the proud parents I always wanted, and thankfully somehow I got them.

I take a look at the first photo.

"Here, stand over here with your favorite teacher and let me take a picture of you two!" you command.

"She's your favorite teacher. You have to, now quit your arguing and stand over there!" you insist as you snap a photo of the three of us together.

This is the social science award ceremony from college. The award ceremony my family deemed as unimportant. I don't know what they were doing that day, but I know that their priorities were elsewhere. I told them they didn't have to worry about coming since I knew they were busy. They figured it was just another "dog and pony show" anyway. Nothing about those award ceremonies guaranteed me a job opportunity or placement, and frankly they felt the whole process was a gimmick. Award ceremonies didn't mean anything in the "real world." I was frequently showing up to these events alone, and I thought I was okay with that. Looking back on these photos though, I'm glad you were there. They mean so much more. I wonder, "Why were you so involved? Why did you care so much?" You tried so hard no matter how many times I fought it, and I am ever so appreciative that you did.

I take a look at the next photo. It isn't the best quality what with the blurry film, red eye, and whatnot, but that doesn't mean it isn't still nostalgic.

"Why did you take a picture of Tyler, Mom?" my soon-to-be husband asks.

"Because, the three of you are close friends, aren't you? Why shouldn't I take a picture of him? You'll want a photo to remember him by. I took photos of your other friends in high school, after all. What makes this time different?" you respond.

My husband and I both roll our eyes.

Now I realize you were right. We haven't lost total contact with Tyler, but it is good to see him with this specific award for some of the projects we remember him by. It's also even nice to laugh at the picture quality from back then. You always complained about your photography ability or lack thereof rather, but your attempts are actually refreshing. You try and you care because it's important to you, and that is what truly matters.

The three of us students and two of the three corresponding families all sat together and filled one table. It was nice to sit in a group at an award ceremony, especially because I was surrounded by friends and loved ones. The few ceremonies my family attended in high school didn't have such warm arrangements. I rarely had the right friends in their minds, so we didn't often sit together. Plus, my mother usually had friends from her high school days and used it as an opportunity to catch up. Oftentimes the children of my mom's former acquaintances either weren't aware of my existence on a regular basis or worse. They'd be cordial for the duration of the ceremony and "make nice", but that didn't mean they were any less ruthless during normal school hours. I felt awkward, but I told myself that didn't really matter; at least my family showed up to support me during those times.

"Well fine then, walk slow so I can get a picture of you." you respond, but your expression says you were taken aback.

I rebelliously walk as swiftly as possible.

"Darn it! You walked too fast and I wasn't able to get a good picture. Did you do that on purpose?" you ask.

My husband-to-be rightfully shoots me a disapproving look.

You have your answer already so I don't say anything, and instead look down at the table.

Both my majors of Political Science and National Security and Intelligence (NSI) were frowned upon by my family. I was supposed to have been a doctor or a lawyer instead. When my math skills weren't up to snuff, I defaulted to the lawyer route. That didn't mean I didn't spend endless hours and sleepless nights working on calculus and other math and science homework until I finally reach that conclusion at the end of my junior year of high school. That also didn't mean my family was thrilled about that conclusion either.

I came from a typical "blue-collar" family. They weren't wealthy, and my father certainly wasn't at all pretentious. They just thought I was smarter than I was; my mother and her side of the family in particular. My "intelligence" was supposed to have been advantageous in moving up in the world, and bringing in more income. It bothered them that I was better at writing, literature, and the arts than I was at science and mathematics.

Disappointed upon this revelation, the gears in their heads started turning until they realized that opportunity still resided through a lawyer's avenue. They insisted I go the pre-law route, but that wasn't necessarily offered at the local community college they wanted me to attend. After I presented some price and program comparisons, they compromised on my decision to pursue a political science degree, which could eventually turn into a law degree upon further education at a separate larger university. I convinced them this was the best way to go because I could also attain two degrees for the price of one (Political Science and NSI).

After my first year, it became apparent that my college experience would not be a typical one. My family was excited I was pursuing internships and boosting my résumé, but they weren't excited about the internships I was selecting. My internships were too political and not law based, but those just happened to be the ones that were available for freshmen and sophomores at the time. Many of those same internships were also either volunteer or lowly paid, and this wasn't particularly thrilling for them either. Eventually, I would take an internship at the law school I would have theoretically attended, but it wouldn't work out for me. Law just wasn't my thing.

Adding to the disappointment and atypical cocktail that was my college experience, I experienced two sexual assaults, one by a professor and another by a mentor and colleague. Still, I kept working and distracting myself. The distractions led to an abusive relationship, which obviously made the scenario worse. My new mental health was more than my family was able or willing to handle. I was forced to accept that my own family's love was contingent on my obedience and their pride. I felt pretty low and insignificant, which led to some self-harmful behaviors before I pseudo recovered. Thankfully, shortly thereafter I met your son, and by extension his family, friends, and you.

I regret not letting you take my picture more often at events you showed up for; it was still a huge deal that you showed up. I'm sorry that when you insisted on a graduation party for the two of us that I so blatantly refused.

I believe I said something like "Graduating college was the easy part. Now comes the real hard work-getting a job and making ends meet. Until that happens, I'm not celebrating anything."

That is why everything you've done is also so significant in my mind. It perplexed me. It made me wonder, why?! If my own mother doesn't love me for who I am, how could someone else's mother care for me like you do? Why are you showing up when she refuses? Why are you there when she is not? Why are you still here? And yet, here you are taking my picture, taking pictures of my husband and my mutual friends, and supporting our relationship wholeheartedly. Don't you know that your son could do better? But, you say he couldn't because I love him just as much as you do.

Both of the photos turn out a little fuzzy.

"Darn it! I never can get these photos right! I always move too much or something!" you shout.

You may not take the best photos, but as a mother and a mother-in-law, you always have captured the big picture, and to me that is so much more important. Thank you for being there even when you didn't have to be. Thank you for loving not just your son, but me too-even though you didn't have to. A mother's love doesn't have to be requested or earned; you've shown me that it is instead freely given. Your example shows me what it is like to be a mother and now that I finally am, I am even more grateful for the precedent you set.

On our wedding day, you put your arm on my shoulder and said, "I'm not crying because I'm sad. I'm crying because I'm happy. I'm not losing a son. I'm gaining a daughter." I'll never forget the smile you had on your face as you said it.

I marveled at your perspective then, and hope to one day share it when my son meets his future spouse.

So in honor of you and all that you are as a mother, mother-in-law, and grandmother, Happy Mother's Day!

We love you, Patty Martin!

More stories from E.L. Martin and writers in Families and other communities.