by Don Money 14 days ago in grandparents
Report Story 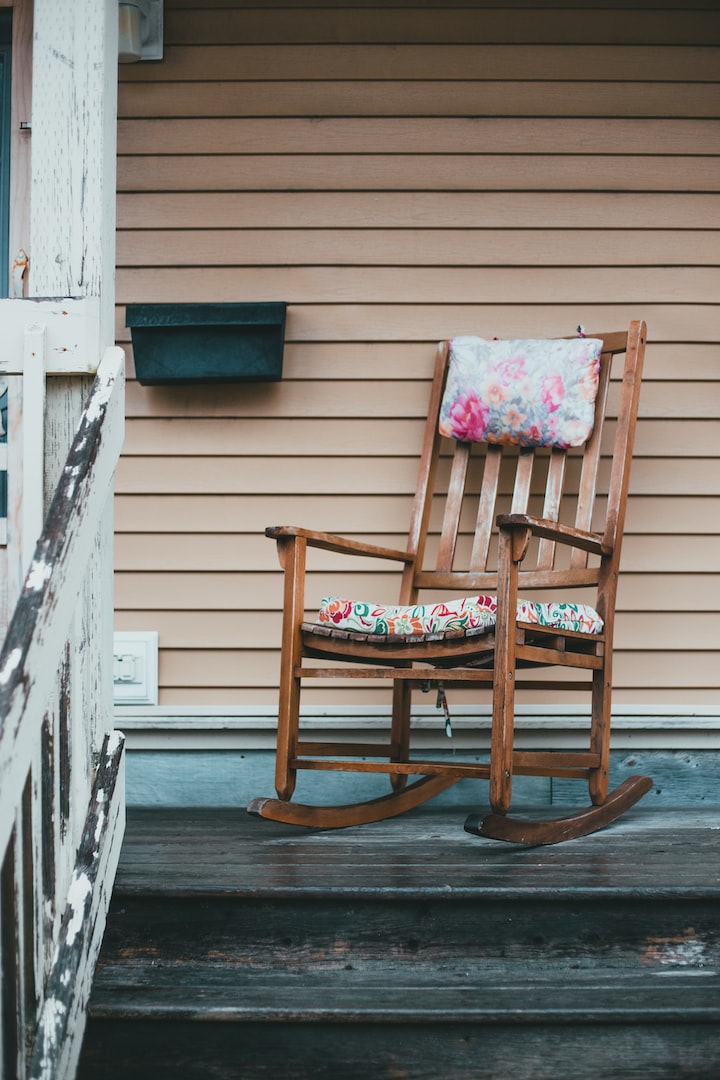 Walking in the front door I can almost hear the sizzle of the bacon frying in the cast iron skillet and smell grandma’s biscuits baking in the oven. It has been too long since I have been in this house and every step I make through it holds hundreds of memories. I didn’t live in this house growing up, but I did a lot of growing up in this house.

This house, with its white siding and two porches, belonged to my grandparents and was located across a cow pasture from my family's home. I stand in the middle of the kitchen remembering how after my grandpa passed away I would stay overnight with my grandma to help her around the house in the evenings and to help her get out of bed in the middle of the night to get to the bathroom.

The job was supposed to be split between my cousin Chris and I, but most of the nights when it was supposed to be his turn to stay he had an excuse why he couldn’t. I never minded getting the opportunity to spend more time with Grandma. I would go there after I had finished my chores around the farm and would bring a plate of supper for Grandma that my mom had dished up for her.

After she ate we would sit out on the front porch in two rocking chairs and sip on the sweet tea she was famous for making. Drinking that Luzianne tea that had, to me as a kid, the perfect amount of sugar to sweeten it up, we would spend hours listening to the sounds of nature and talking. Grandma would tell me stories about growing up, ask me about my day, and discuss the Cincinnati Reds baseball season, or in the off season the prospects for the upcoming one.

The kitchen, the largest room, was the heart of the house. With the enormous dining table holding host to many gatherings. Amazing smells and taste abounded here. The living room was the second most used room. It was home to the small color TV that's use was limited primarily to Wheel of Fortune, Western shows or movies, and Johnny Carson. The three bedrooms seemed tiny in comparison. In those days kids didn’t seek refuge where they could be absorbed into some electronic existence. A bed to sleep and dressers for your clothes was all they were needed for.

I joined the Air Force straight out of high school, leaving for boot camp two weeks after graduation. While home on leave I would always make it a priority to go spend time visiting with Grandma. We took back up with the tradition of spending evenings on the front porch, rocking chairs and sweet tea. The military had sent me on trips around the world and grandma enjoyed hearing about all these far off places. She told me the last time I visited her before she passed away that when I was done traveling I needed to come back home and settle down and raise a family.

After her death, the house came into my dad’s possession. Unbeknownst to me, Grandma had left some specific instructions for her home. No one moved into her house and over the next three years Dad maintained the upkeep on it. My mom’s diagnosis of terminal cancer was a sign to me to end my military career after ten years and move back home to be close to family.

I remember walking through the front door to my parents house after my discharge. My dad sat in his easy chair and held out a set of keys. I asked what he had there and he responded it was Grandma’s wish that I have her house when I moved back home. That’s what brought me here now, standing in this house again for the first time in years.

My eyes close. I can hear the clank of the spoon as I scrape my plate being sure to get every morsel of her best-on-earth biscuits and gravy. I can imagine the view from the window over the kitchen sink of the magnolia tree that used to stand in her yard. I can smell the honeysuckle that grew thick and heavy in the fence row alongside her garden. I can feel that rocking chair moving under me and the taste of that sweet tea.

I think of Grandma and this place, my new home.

More stories from Don Money and writers in Families and other communities.