My grandfather was from the same village as me, and he was the sixth oldest in his family 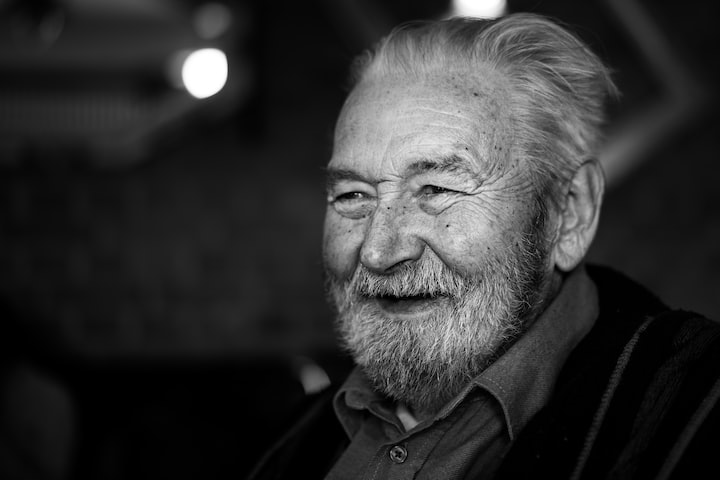 Photo by Mathias Konrath on Unsplash

My grandfather was from the same village as me, and he was the sixth oldest in his family, and he was of the same generation as my grandfather, so we called him Grandpa Six. He was an honest man, good at poetry and couplets, and often helped people outside the village to write various documents and reports, and when he came across a dispute between neighbors, he settled it with them, and after a word from the gentleman, both sides were convinced. The sixth grandfather in the village, there are many years of old friends, he is my great uncle, they often exchange, as long as the two sit together, there are endless words, each time the talk, can not leave the "Tang poetry", "Song lyrics" and "four famous books". In addition, they often played word games with each other, such as couplets, charades, and so on. In the past few years, the two of them have also participated in countless red and white events in and outside the village together, and they have always done their best for whoever they were working for. For decades, Grandpa Six's style of doing what he says and doing what he does has been recognized by people outside the village, and everyone calls him capable, and everyone has great respect for the old man. However, in recent years, the old man has been suffering from illness, and he has been unable to do much about the village and beyond.

About the sixth grandfather of his person, as an ordinary farmer, now has reached the old age is always late to see clearly; but still, the old habits, not humble, not deceitful in the world, not pander to the vulgar, is high cultural cultivation of the elderly. He has endured all kinds of social pressure that others cannot bear and has also eaten the hardships of life that others dare not eat. His life has been busy with field production, diligence for both poetry and articles, and laborious in educating his children. During his farming period, he raised his production to a level comparable to the forefront of the country, and his cultural cultivation is unmatched in the ancient and modern world. His children all work outside the home, his daughter-in-law is a national high school teacher, and his grandson is a college student at North China College. They are all very filial, every one or two days they will talk to Grandpa Six on the phone, asking for cold and warm, living without any hesitation.

Shortly, Grandpa Six's health is not good, but he still insists on reading books and newspapers every day, so he never leaves his hand. In the morning, noon, and evening, he walked around the village on time. Although he took one small step at a time, he was still a bit strained from the looks of it. So, from these words of truth, let me see that he fought against the disease and that his strong and unceasing spirit, for his health, also played a great effect. In his long and slow farming career, not for the name nor profit, all his life's energy and effort into, villagers, production, and learning, he felt so live beyond the full, nourishing, and tasty. He looked down to read and write and looked up to the stars and the moon and the clouds. Three meals a day is not too demanding, no smoking and no drinking, life is well organized, and the pace is not too slow, both beneficial to health, but also see the results. In recent years, he made poetry pairs, riddles, and articles, his poetry speaks of the will, his text also speaks of the will, the statement is simple and clear, not follow the voice, people also clouds.

I often heard him talk about poetry and literature, about society and life. He was not a high-profile person, but his style and wisdom were always refreshing and inspiring to future students. Therefore, I was greatly influenced by him in poetry, and I also understood the close relationship between writing and being a human being, as the ancients said, "To be a human being, you should be straight, and to write, you should be curved. He had the temperament of a poet and philosopher, the compassion for others, the pursuit of sincerity, the importance of righteousness, the recognition of truth and falsehood, and the repeated saying that "patriotism is not behind others". Watching TV, I like Beijing opera, the animal world, exciting sports, and sometimes watching fish, not too happy. This is perhaps the character of Grandpa Six! He advocated a plain and natural style of writing, speaking of chapter gas, embroidery gas, smoke gas, the taste of his writing is like an olive, chew slowly, when the aftertaste is endless; the writing is easy, cold and meaningful, set metaphors to take examples, all are incisive. The Analects of Confucius", "Tang Poetry", "Song Lyrics", "Romance of the Three Kingdoms", "Journey to the West", "Water Margin", "Dream of the Red Chamber", "Mao Zedong's poetry" and other books, backward and forwards, the lines are like talking home, the line seems to flow between the clouds, smoothly and naturally, as if it was all effortless. He used a lot of effort without being aware of it: his feelings, his meaning, and even his thorough understanding of life are deeply hidden at the root. In conclusion, he said: that poetry is rigid, words are soft; poetry is straight, words are curved; poetry is obvious, words are hidden; poetry is male, words are female; poetry is broad, and words are long.

Six grandfathers did not give a long speech, then the respective characteristics of poetry, the history of the same source and its intricate relationship, told a clear, vivid, and interesting, make people clear; its literary knowledge also let me benefit a lot, but also glad to feel. This kind of in-depth skill comes from his deep penetration and study of poetry, but also his good learning and pursuit of advancement and diligent practice. In the years of his life, with his undaunted fatigue, undaunted illness, and that strong will. I believe that Grandpa Six's health will be able to recover soon. Everyone in and out of the village is looking forward to this day, so let's wait patiently! We will wait for a better tomorrow.