Life Is Not Over

by Lexys Martinez 5 months ago in parents

Reflections From a Struggling, Young Mother No. 2 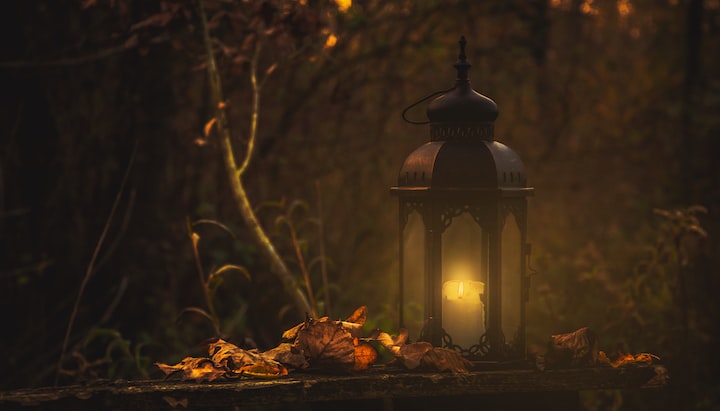 Photo by Marko Blažević on Unsplash

"...And you're how old?" If there's one question I've heard more than any other, it's that one.

For as long as I can remember, I have been a nerdy person. My love for books formed as soon as I was taught to read and my interest in anime and videogames developed as soon as I was introduced to them at the tender age of 11. Every spare moment I had as a child went into these three categories. Well, when I could get my hands on them, at least.

As my tastes were refined, I found myself being drawn back time and time again to dark fantasy, whether it was a novel, an anime or a JRPG videogame. As I grew older, I even found my personal style reflecting these interests. I enjoyed wearing t-shirts with anime or videogame characters on them and I developed a fascination for the color black. By 16, nearly everything I owned was black. My bedsheets were black, my window curtains were black and my accessories were black. I even started experimenting with black eyeshadow, painted my nails black and wore black hoodies in the middle of southern summers. Sounds pretty normal, right? Everyone has what was then called an "emo" phase. People my age talk about them all the time. Only for me, it turned out to be more than just a phase and became something that made me feel completely ostracized for once I entered motherhood.

Growing up in a somewhat traditional Mexican household, my father and grandmother, the people who raised me, were hesitant towards my style choices, often asking, "Do you have to wear that? It's so dark." But after I told them it was what I liked, they left me alone for the most part, passing it off as something I'd grow out of.

The only problem was that I didn't. By the time I turned 18, I was ready to experiment further with myself and do all of the things I could never do before. I pierced my ears for the first time and once I had the taste for body altercations, I quickly took it further. After two years, I had pierced my belly button, my nose and seven more areas on my ears. Shortly after my last piercing, my interest in tattoos sparked and over the following two years, I acquired five different tattoos, each in areas easily hidden.

By the end of my tattoo and piercing binge at age 22, I was feeling confident and sure of myself. I was young, I was living my life to the fullest and I knew exactly who I wanted to be and what I wanted to look like. The best part? No one really bothered me about it. That is, not until I became pregnant.

A lot of people say that when a woman becomes a mother, especially a young mother, people treat her differently. In my case, this couldn't have been more correct. It was as if all of my interests and styles were no longer appropriate for me. I was a mother now and I needed to look and act the part. My "phase" needed to come to an abrupt end and when it didn't, I was viewed differently. Suddenly, I felt judged and ostracized. I was made to feel as if I was a bad mother who didn't have my daughter's best interests at heart simply because of what I chose to do with my body. "You have piercings and tattoos," those judging eyes would say. "You're setting a bad example. What if she grows up like that?"

I felt confused by the change in attitude people had towards me because for so long it had been tolerated. People may not have approved completely, but they more or less left me alone. Now that I was being outwardly judged, I had a difficult time handling these occurrences. However, as time went on, I became accustomed to it and eventually learned to ignore it. It took some soul searching, emotional growth and working through other things, but I realized my interests had nothing to do with my daughter's well being. She was clothed, fed and had a roof over her head. She was loved and adored. My personal style choices had nothing to do with that because I could be an excellent mother while still maintaining who I was as a person. Being a mother did not mean I had to stop being who I was simply because the people around me deemed my choices to be a bad example.

Now, a couple of years later and in present times, I see more and more nerdy mothers struggling with these same issues. We're judged by the color of our hair, the number of tattoos and piercings we have and the style of clothes we choose to wear rather then people looking at what is really important. Are our children fed? Are they clothed? Do they have a home and access to education? Most importantly, are they loved? These are the issues that should be focused on, not a mother's interests for herself or what she wants to do with her body.

Despite this, as much as I see nerdy mothers being judged, I also see them banding together to support each other and collectively learn to ignore the judgers. We are taking a firmer stance and speaking our truth because quite frankly, those people don't pay our bills and they certainly don't care for our children. That's our job and the way we look and dress has no effect on how well we raise our young. So if there is one thing I want to say to all of those judged momma's out there, it's this: "Keep it nerdy because honestly? We're the cool ones anyway."

Just a nerdy, coffee obsessed mother of two active daughters. Administrative work as a profession, but filled with dreams of becoming a published writer. Gamer, knitter, anime watcher, book reader, I love anything that will make me laugh.