by Lindsay Rae Brown 14 days ago in children

They Were Talking With My 9-Year-Old 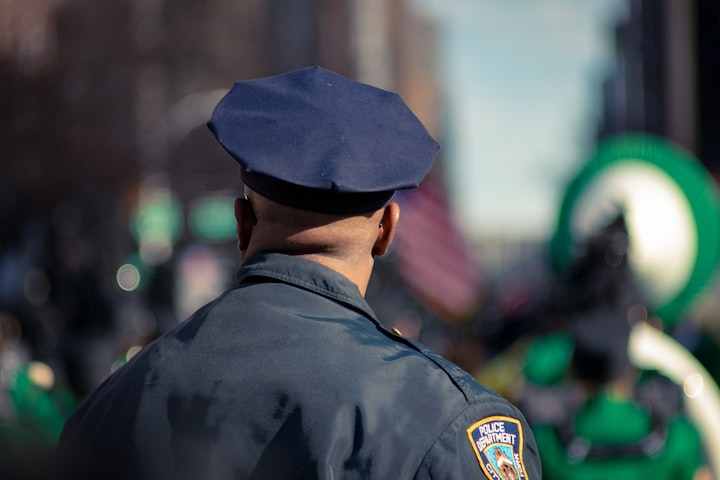 There are strange voices in my house. My brain registers this immediately — men’s voices, but not my husband’s. My heart doesn’t so much thud against my rib cage but instead wedges itself there. It’s pumping wildly while my brain tries to work out why I hear these non-husband voices in my home at 4 o’clock in the morning.

They do not say words. At least I do not decipher words coming out of them. It is a string of sound carried by imperceptible winches and cranes throughout the hallway and into my eardrums. The meanings are murky. Dangerous simply because I do not recognize them.

That is until I hear the thing that makes me move without thought. My son Lars’ voice rings out amidst them. A falsetto, nimble and piercing, summoning me like a magnetized current.

I’m desperately pulling myself out of that place where waking meets sleep — dragging my soggy conscience up from an ocean of dreams and yanking my brain into reality. I am willing myself to be present because I do not know what will greet me once I get to the voices.

“What is going on? What?” I mutter as I round the corner out of my bedroom and towards the front door.

“Ma’am,” says a police officer, “Don’t be alarmed.” There are three huge men plus my 9-year-old huddled in the small landing area of my home’s front entry. “Your son called 911 tonight.” Lars is microscopic compared to their large uniform-clad bodies. He is a tadpole among giant sea creatures.

I move towards Lars quickly, touch his face, his hair, hold him in front of me like a shield to ward off the ever-increasing anxiety in my chest and abdomen.

“Sophie heard a voice downstairs. We called for you and Dad, but when you didn’t come, we got scared, so I called the cops,” My son says. His voice is strong at this moment; he is sure and confident in a way that I’ve never seen in him before. He sees that I am upset.

“Mom, we were yelling for you. But it was only a whisper-yell because we were worried that the killer would hear us. I didn’t know what else to do but call the cops.”

At the mention of the “killer,” two of the officers look at each other and smirk. Lars doesn’t cry. This is strange for him because tears tend to be his first resort in high-pressure situations, such as finding oneself in tight quarters with three police officers and having to explain a 911 call in the middle of the night.

I look at the officer closest to me without acknowledging what Lars has said. “I’m so sorry to have wasted your time.” Embarrassment tears through me. I know the kind of offence it is to make a false 911 call. “Oh my gosh, I’m just so sorry this happened.” I feel I should be reprimanded, although I cannot quite put my finger on why.

“Don’t apologize. At least your son knows what to do in an emergency,” says the officer. He smiles and the anxiety, the bombshell of having a sound sleep so rudely interrupted, begins to sputter away. It’s like ice cubes tossed on hot coals.

The officers and I go through the usual information that you must go through when having police called to your home under false pretenses.

Then they tell us to get some sleep and are on their way. They are kind and understanding. They have made us feel at ease in this uneasy situation. Although I still wonder why it took three of them to come to check out this 911 call. The kids must have sounded terrified on the phone.

I tuck my babies into bed. Sophie, who had no qualms retelling the events leading up to the infamous call to our police officer guests, is woefully exhausted as I kiss her on the forehead. I ease through the 911 phone call talk — the same discussion I imagine many folks have had with their littles. I try not to sound menacing. I tightrope walk between explaining that this number is for emergency only but always to call it if it is indeed an emergency. I don’t know if they fully get it, and all I can do is hope they understand the severity of the situation. I tell them that if they hear voices again, to yell as loud as they can because Dad and I will always get to them before the bad guys do.

I don’t know if that was the right thing to say, but I can’t allow them to make a habit of calling 911 every time they get scared.

That won’t do at all. They fall asleep quickly as children do. The excitement does not seem to disturb them as it does me. I take a good look around the basement where their bedrooms are because I can’t shake the “voices” Sophie heard that initiated this debacle. However, my search comes up clear. The officers advised that they would search the house before leaving to make sure there weren’t any prowlers hanging around. The house is old, and it could have easily been voices from outside the kids’ windows that they were hearing. This idea does not quell the anxiety that is cropping up again.

Strong black coffee now drips at flat intervals into the craft, and I mull over what has just happened. Perhaps in the safety of the sunrise, a light might be shed on the unusual happenings of this early morning wake-up call. But until then, I will keep an eye out for questionable lurkers in the neighbourhood and thank our lucky stars that every night isn’t this eventful.