by Luisa Gillies 2 months ago in immediate family
Report Story 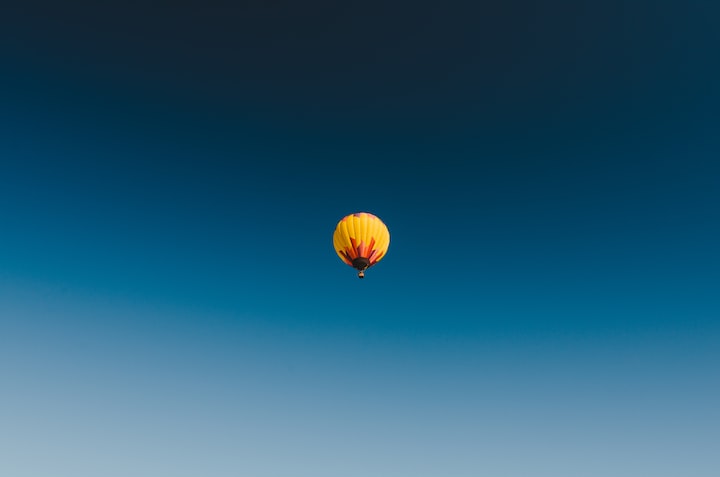 Photo by Jeremy Lwanga on Unsplash

My mother told my father she was leaving the day before their third wedding anniversary.

I was only three. I don't remember anything about it. I was napping, apparently; fast asleep in the cot beside their bed.

They were on the step of the front door. He told me that she left him there – standing there, swaying there; shivering on the step.

He said that everyone else in the world must have suddenly stopped feeling any of their own pain. He had taken it all for himself.

He told me that she'd been his blood and all his veins, and his organs. She used to be his heart, before she disappeared.

He used to spend hours watching their old videos, sitting on the carpet right in front of the television like a little child. His hand pressed to the screen, sometimes; trying to hold onto a smiling face that wasn't really there. Sometimes I would sit next to him, trying to remind myself that this grainy young woman was my mother. She was beautiful. I don't remember anything about her.

He told me that his heart had killed him.

He was certain that she never stopped loving me. I studied the way she looked at me in those videos, trying to figure out if that was true. She stumbled across the screen, fumbling with his hands and holding mine too loosely. Smiling at me with a childish love. She was too young to be a mother.

I watched them sitting on a couch, side by side, on one of her birthdays. He gazed at her, smiling; folding the wrapping paper whenever she tore open a present. She never looked up at him.

He told me that letting her go was like releasing a balloon into the air; letting it float towards the sun. But she kept growing back – like hair, or nails. I'd watch his face cloud over, and I'd know that she was there.

I'd watch him chewing on the memory of her; suffocating on it. Then he'd slowly pull her out again, limb by limb, his eyes shut tight in pain.

He said that she had the softest hands he'd ever held. An easy smile, and a kind heart. He told me that her veins had wrapped around him tightly, piercing through his skin and tangling with his own.

I hoped that he would love her slightly less each day. A single eyelash of hers could float away and never come back; the pigments in her bright blue eyes could fade away. Cell by cell she'd leave us.

He never took down the painting of her face from their bedroom wall. It was the face of the woman who loved him, who didn't exist anymore.

I looked up at my mother's face. The blue paint in her eyes stared back at me, blankly.

My father's own eyes were buried deep within the lines of his wrinkles, perched above two dark circles. His pupils flitted around, searching for his wife in my body.

I was never able to feel her; but I saw her, now. His skin had become translucent, and I saw her squirming underneath it; diluting him, and spilling out from his every pore. She gave him his shape, and held him upright; standing and swaying there; holding her in.

More stories from Luisa Gillies and writers in Families and other communities.