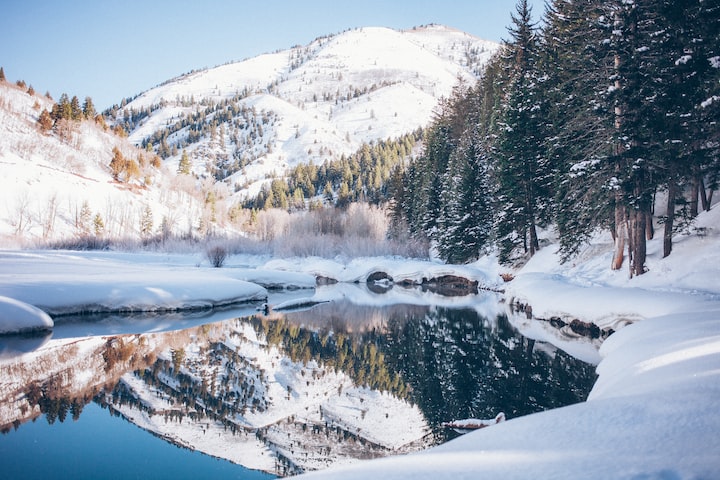 Photo by Colby Thomas on Unsplash

A head of silvery white hair, thick and thick eyebrows, and a bright, large and thick nose make people feel particularly thick, lips above a few red smallpoxes, do not affect his often hanging smile, like an upside down rainbow, a look let people happy mood. A pair of large and thick hands, I called the "five-finger mountain", often holding me to school, after school, to protect me from the wind and rain, our figures became a landscape in the community.

Grandpa is a straightforward person, teaching half of his life, but extremely kind to those around him, few people have seen him lose his temper, but in front of the big right and wrong, he is never ambiguous, especially on issues related to the country.

It was one night when I was in the second grade, the whole family was watching TV, and someone was singing the national anthem on TV, and I couldn't help but hum along. Grandpa sat next to me and asked, "I like to listen to the national anthem, sister! Can you sing it for me?"

Grandpa listened, his face turned red, and thundered: "Shut up!" His thick and large slap on my leg, the pain I wailed, "so solemn song, where you changed into this, is, to jail! It was originally an inspiring and motivating song, you say, if the soldiers listened to your adaptation of the national anthem, what will be the mood, those martyrs who died for the country heard you sing the national anthem, what will be? You're not like a child!"

Grandpa's face had been rising, as if ready to burst, nose gasping, beard trembling, the hand trembling half up in the air, I was scared by his sudden appearance and cried out. My mother was so shocked that she didn't know what to do. My grandmother, who was in the kitchen cleaning up the dishes, rushed out and hugged me, saying, "Ke'er, grandpa is a history teacher, in his heart the country is the most important.

Those hands made me feel what is strict and love for the first time, and from then on I never annoyed Grandpa again and respected him more.

One weekend in April, the sky was beautiful, white clouds and birds were singing. The park's meadow was full of wildflowers, red like fire, white like snow, and flowers like butterflies. ...... The colorful colors were dazzling. I raised my eyes to the distance, attracted by a golden yellow, I could not help but heartfelt praise: "Grandpa, what is that flower ah? So beautiful!"

"That's rape flower." Grandpa came over to me, a kind smile on his face, and gently took my hand in his, "Come on, let's go see." That is a pair of slightly rough but very warm hands.

When I arrived at the rape field, I couldn't contain my excitement any longer. I shook off my grandfather's hand and ran towards the rape field with my feet wide open, only a few steps away, I tripped over a stone on the bottom of my foot and fell heavily to the ground.

Hearing my cries, grandpa rushed over, looked at my wound, and said heartily, "Why are you so careless?" Grandpa blew gently on my hand with his mouth, his eyes full of love and worry, he nudged my wound with his finger and said, "Does it hurt? Why don't we go home and go back to find a treatment for the wound." After saying that, grandpa carried me up without saying a word, through the rape field, and rushed home in a hurry. At that time I was very strange in my heart, the injury is my hands, not my feet, why did grandfather carry me up? At that moment, I did not care to appreciate the beautiful scenery and fragrant flowers, but I just quietly fell on my grandfather's shoulders ......

Grandpa loves us more than he loves himself. Last summer, grandpa got a disease, back long some like blisters, I do not know what it is called, only know that grandpa very pain, pain but can rub; itchy, itchy but can not scratch. It is a good idea to go to the hospital sooner, but Grandpa did not tell his mother and kept holding back, probably because he did not want his mother to worry and did not want to add to the burden of others. When asked repeatedly by his mother, Grandpa had to tell the truth. Mom immediately wanted to take Grandpa to the hospital, but Grandpa calmly said, "No, it's okay." When mom went back to her room, grandpa slowly sat down and asked grandma to help him rub the ointment. I saw it in my eyes and felt the pain in my heart. During that time, Grandpa didn't dare to touch me with his big hands, he was afraid it would be contagious. I don't remember how long it took for my grandfather to finally agree to go to the hospital for a checkup after my mother had been persuaded to do so. I don't remember how long it took for Grandpa's illness to finally heal.

Grandpa could again smile and lead me to school with his thick hands ......