For the Sake of Fun: Is Lying to Kids Okay?

by Victoria Rivera 7 months ago in children
Report Story

Do you consider Santa to be a lie? 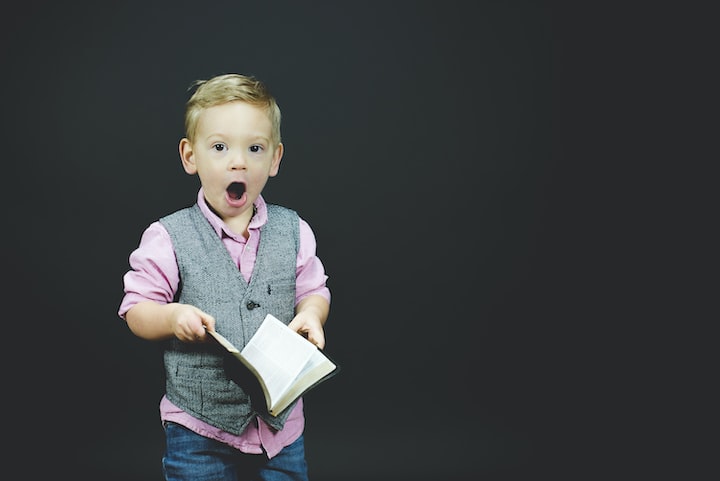 For years I have said I never plan on telling my kids about Santa, or the Easter bunny, or the Tooth Fairy. I still remember the moment I found out Santa wasn’t real and honestly, it was kind of traumatic? Is that every person’s experience? No, absolutely not. But for me I remember waking up at midnight because I heard a noise and was so excited to catch Santa, only to catch my parents. I laid in bed crying for 30 minutes (I was 8) and repeating to myself “they lied to me.” I wasn’t upset Santa wasn’t real, I was upset my parents had lied to me, and then I had to realize all the other mythical lies they had told me.

Now, my problem isn’t just with holiday characters. It’s with any lie that is done for the sake of amusement. I am lucky enough that my fiancé didn't experience any of this as a child. He never got Santa or the bunny, so he is perfectly okay with not telling our kids.

Whenever I bring this up, I am told that I am destroying a childhood, I am taking away the fun of being a kid. But why? If I tell them - hey Santa is a fun imaginary character that some kids believe in, how is that hurting them? Wouldn’t it hurt them more if I lied? Also, what about non-Christian-based religion kids? I had plenty of Jewish friends with great childhoods and they never believed in these characters. Since my cousin had two younger siblings, her parents never told her Santa wasn't real, and she never figured it out until her siblings did. This girl was graduating 8th grade, going into high school, when she first realized Santa wasn’t real. I want you to imagine being in middle school and one of your classmates still believes in Santa…how would you, as the middle school asshole we all were, react to that?

Is this not for our own amusement? Would the child not have the same amount of fun without these characters? Are we lying just for ourselves? And again, it isn’t just these holidays I take issue with. What about when your parents would tell you something fake was real, as a way to scare you? When children are bad a monster steals all their toys? Do you know how many adults are still afraid of swallowing watermelon seeds?

Today while watching a friend’s child she began ranting about how awful "Squid Game" was, and she can’t believe people in other countries do this, how could they murder people like that…all because her stepmom thought it would be funny to say this was real.

This girl just entered middle school and the catty fights are already starting. She has also been bullied for a disorder she has - because yes, children are still awful. If this child, who has already been a target, tried to adamantly tell her classmates “no this show is real!” She would have been mocked. And the look on her face when I told her “no those are all actors” and she said “oh…well I guess she was just pulling a prank on me” dear god! She was honestly hurt by this small prank.

The stepmom isn’t a bad person or parent for saying the show was real, parents do it all the time, but I don’t think parents ever really see or acknowledge the after-effects of these small lies. So what is the point of lying to children for our own amusement?

I am simply looking for a creative outlet. I had a personal blog that wasn't seen by many so trying something new! Occasionally I write poetry, short stories, or just whatever is on my mind.

More stories from Victoria Rivera and writers in Families and other communities.