Five Turkeys and a Reindeer

by Antoinette McCormick 4 days ago in fact or fiction

Home's no place for the holidays... 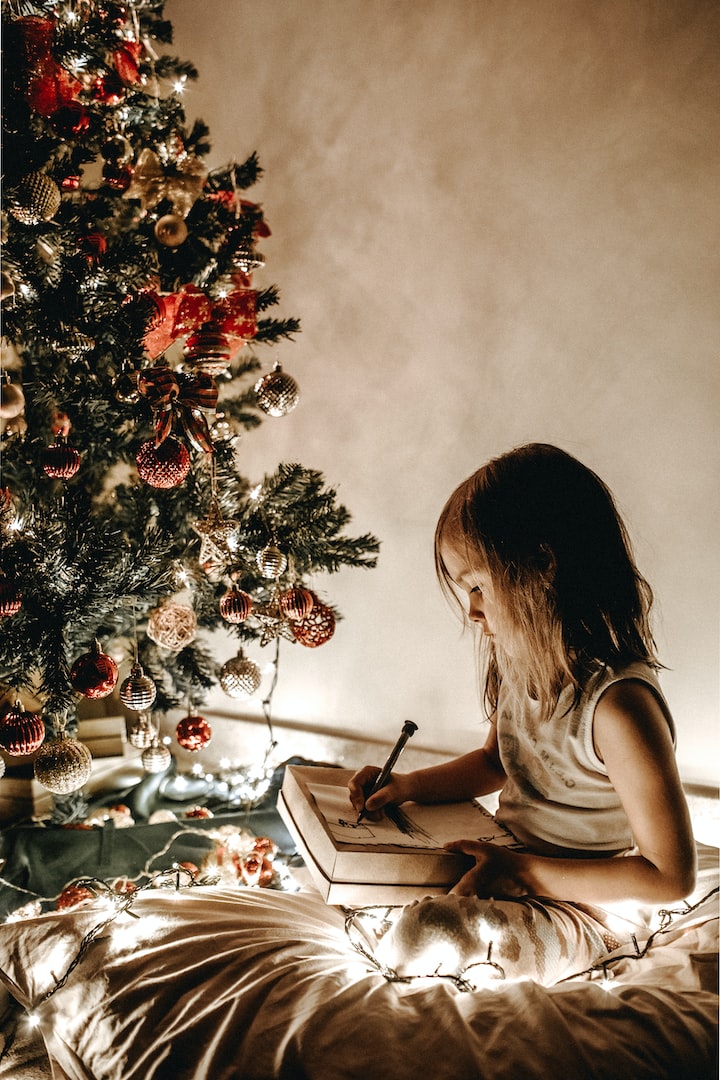 Floats are better than balloons. It’s easier to pretend you’re a fairy princess or baton twirler, not someone tethered to a cartoon character as big as your house. The camera only ever shows the beginning of the long black strings that keep Mickey and Goofy aloft, never the people who have to drag them along. Santa’s still hours away, so you run outside to dance in the driveway in just your t-shirt and tights. There’s a dusting of snow on the stones, but a brass band’s playing in your head and you need to rehearse. Someday, you’ll march in the Macy’s Parade or ride on a float covered with white roses, and everyone will smile and wave at the famous actress, the small-town miracle girl.

Today, your mother’s voice marches in time with her spanking hand: “Those were brand. New. Tights. Why. Can’t you. Behave! Company’s. Coming!”

Company? It’s only Uncle Teddy and Maxine, the second wife your mother hates.

In 1621, the Pilgrims ate Indians and put feathers in their hair. You wish your hair were like Wednesday Addams’ but your mother always lops it off before your bangs reach your nose. The man who takes your third-grade picture thinks you’re a boy.

Your best friend is one. A boy. His name is Nick and his family doesn’t celebrate Thanksgiving. Your father calls them Communists because Nick’s father wears socks with sandals and his mother has a British accent.

While your parents are throwing punches, sneak out to Nick’s to have borscht with sour cream in a china bowl. Watch the candlelight play across the linen tablecloth, the wine in long-stemmed glasses, while you savor silence in a soup spoon.

“You call that a pie? I can bake better any day of the goddamned week.” Your Aunt Maxine tosses her mane of brassy curls. A Salem Menthol dangles from her bright pink lips. You’d like to tell your friends that Aunt Maxine looks just like Peg Bundy, but Married with Children won’t be invented for another 25 years.

“I’d like to see what kind of pie you’d make,” says your mother, who doesn’t like that Teddy left his wife and six kids for a woman who wears a bullet bra and red satin Toreador pants.

Divorce… Second wife… Your father gets a faraway look in his eyes whenever he says the words, whispering each as if saying prayers in church. He pulls out the big bottle of vodka he keeps hidden in a partition in the cellar for sick days and other special occasions. It’s the one place your mother won’t look: too many spiders.

Everybody drinks, chain-smokes, hollers above your head.

Years later, in a bar in a restaurant, your Uncle Teddy will tell you a secret: the reason why your parents slept in separate beds, attended different churches, hated each other’s friends, relatives, themselves. You will be a nurse by then, still living in the same place you did as a girl, still seeing faces in the floor’s peeling linoleum and pine paneled walls, still caring for the mother who never cared for anyone but herself, still trying to convince yourself that this is only temporary.

You have an ulcer, a predilection for high school boys, and inexplicable urges to shave your head, shred your clothes, swan dive off the nearest bridge. Already you can count her operations on two hands and one foot, mark seasons by their chemical smells and the uncomfortable silences among strangers in bright, strange rooms.

Hospitalizations are the new holidays— who knew?

Garlic. You will want to use it, but you mustn’t. Inside every clove is something that looks like a slender fang, a tiny tooth. This is its soul. To ensure your garlic is always creamy, never bitter, you must first remove its soul. Scissors, a straight razor: any sharp object will do.

Begin to wonder if you’re really here at all.

Pretend this never happened. Your father beat your mother unconscious while you ate a baloney sandwich on the floor in front of the TV in the next room and wished you could be a Walton or maybe a model (even though you’re too thin in all the wrong places and no one ever called you pretty).

You want to be pretty. You want make all your own clothes, just like that model in the Simplicity catalogue—Jane Modean, lithe and lean, she sews it all, a model teen! You know it’s not a gimmick, she really does, you can see it as she smiles in her perfectly matched plaid pantsuit, a look that says, “I’ve forgotten more about flat-felled seams than you ever knew.”

Freshman year, you turn your old jeans into a cover for your algebra book, applique a sunrise over purple hills on the cover, and win a contest at school. Senior year, you’re the lead singer in Oliver. Your mother gives you withered carnations, but sends a dozen roses to a girl in the chorus because She’s going to marry her high school sweetheart and your character, Nancy, much like you, is nothing but a whore. At graduation, you’ll get the $100 Art scholarship, while your friends get free rides to West Point and Georgetown. But twenty years later, people remember your presence, your voice, the way you could work a crowd: strangers still stop you in the grocery store and beg you to sing “Oom-Pah-Pah.”

Never underestimate the weight of your ghosts.

“As long as we’re stuck here, let’s party.” Bangkok, one of your housemates, waves a bright yellow ticket with “Free” stamped one side. “Turkey’s on me!” Another roommate, Phoenix, loves the idea. Maybe because she’s lived longer and her nostalgia’s pink and frayed like angora at the edges. Maybe it’s because snow fell last night in Valencia for the first time in forever and something festive rode in on the cold. Maybe because she has a daughter in Sacramento and a roasting pan she’s not using. Whatever the reason, a midnight Vons raid beats Poker night in the dorm.

Two carts later, you have a twenty-pound bird and the makings of a feast: oyster stuffing, mashed potatoes, green bean casserole, cranberry sauce, two kinds of pie— store bought, because no one knows how to bake—and something called ambrosia, that’s not. You, who know your way around a twist top, are in charge of breakfast: celery, tomato juice, Tabasco, Stolichnaya. Slàinte!

Bangkok buys everyone scratch tickets at checkout and you’re a two-dollar winner.

Your first Thanksgiving away from home.

Cut hand while opening can of pumpkin filling.

A little blood never hurt anybody.

We all have to eat a little dirt before we die.

Children should be seen and not heard!

Shove on rack where turkey should be, forgetting to preheat oven.

Karma or death: which is the best revenge?

Microwave a feast of sides and consume an entire pecan pie during a marathon about a pretty girl who kills vampires. When Buffy’s mom dies, remember your mother’s last meal, her last words, your last visit, the click of the door, the nurse who asked why you always visited “that nice old lady,” and the boyfriend who dumped you after the funeral because You’re just so fucking sad all the time!

Why are you so fucking sad all the time?

Why are you so fucking sad?

Notice the inflatable plastic puppets in a neighbor’s yard: Grinches tall as totem poles, bloated snowmen tilting down the driveway, the Santa with sausage fingers and a manic grin. Even Halloween’s leftover vampire’s not immune to a little Yuletide pimping. Only now, when he pops out of his gilt-papered coffin, he’s sporting a red-striped stocking cap and a sign that says, “BUY UR X-MAS TREES HERE!”

As he sways in syncopation to the tinny music, beneath a string of lights in red and green and gold, imagine him brought to life, breaking free, terrorizing the town with his blow-up Grinch and Snowmen buddies in tow.

When the sound of snow falling on tinsel sets your teeth on edge, go home and knit a reindeer in light blue bamboo silk. Crochet a few baubles for its antlers and a garland of white cotton roses for its stockinette stitch throat. Hang it on the wall above the television.

Never take it down.

Decide the past is a turducken best left frozen. Light a candle for inspiration, maybe even joy.

Better still: burn the house down and leave the past in ashes.

See all posts by Antoinette McCormick →