by Winry Ember 6 months ago in parents 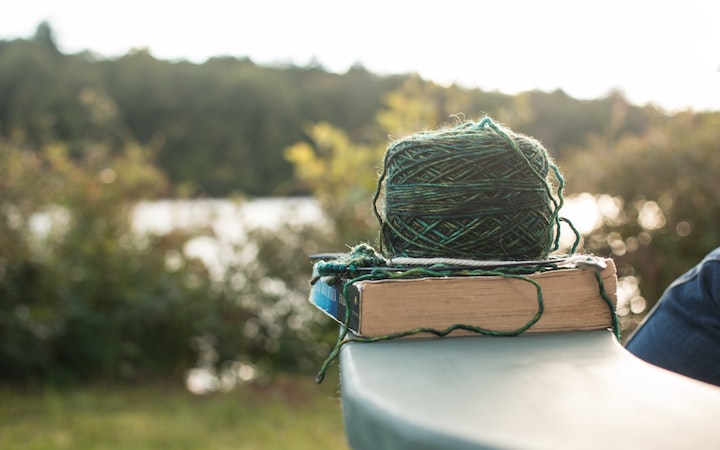 Photo by Nick Casale on Unsplash

As I'm writing this, tomorrow is Mother's Day. I'm fully prepared to give my mother the sanguine "Norman Rockwell" style holiday that every mother dreams of. We'll walk to her favorite restaurant, grab takeout, and have a picnic in the park. I'll hand her the crochet doll I've been delicately crafting since December. Her grandmother taught her to crochet, and then my mother taught me to crochet, and now she holds in her hands a hand-crafted effigy of this deep maternal bond.

My mother will tell me about the new HBO series she's crazy about and spill the tea about her friend drama. She'll say work is going fine and ask me how school is going. She'll nod politely as I go into a rant about the philosophically existantial ramifications of sinusoidal functions. We'll share a warm and long embrace. And then I'll get in my car, breath a heavy sigh, and wonder if my relationship with my mother will ever be as deep and emotionally fulfilling as I wish it were.

Mother's Day— and my entire relationship with my mother— is a complicated affair. I thought that having a close relationship with my parents was a sign of being a functional and well-adjusted adult. I'd never given much thought to my mom being a negative influence in my life— she's alive, healthy, and she loves me, right? What more does a kid need?

It's taken me a while to come into the strange and sad realization that I actually can't be close with my mother and feel good about myself. I am everything my mother wishes she were and simultaneously refuses to give herself permission to be—an adventurous, confident, and creative spitfire of a woman who speaks her mind and goes after what she wants— and she loves me as ferociously as she hates me for it.

My parents are incapable of connecting with people in an authentic or meaningful way. My dad wants to be close with people and doesn't know how. My mom has the emotional tools but hates being around people. They joined forces to craft a Frankenstein’s monster incapable of forming interpersonal relationships: me.

I've spent almost half of my lifetime wanting to die— years of daydreaming about slitting my wrists, overdosing, or injecting air into my veins— all because being alive was such a tremendously painful experience for me. I didn't think that I was built to function in the world, or that there just wasn't a place for me inside of it. But it wasn't the world, or society, or even my own fault. It was just my mother, and the ways that she taught me how to be a person in the world.

I come from a standard middle-class white family. On top of my depression sat a mountain of crippling guilt and shame for having those feelings at all. I didn't feel justified in being as miserable as I was. What more could I possibly need? Well, as it turns out, children do need a bit more than food, water, and shelter to to grow into happy and well-adjusted adults.

My mother's childhood was a less picturesque version of the nuclear family. She has her own complicated relationship with an abusive and explosively angry father. She lost her mother at 6 years old to brain cancer. My grandmother is miraculously still alive, though remains a hollow shell of a person missing a third of her brain. It's tremendously painful to want something from someone who doesn't actually exist. I would know— I inevitably went through the same experience with my own emotionally unavailable mother.

I guess my mother thought that she could forget about the family she came from and start over with a new one. The unfortunate reality is that a family that denies, avoids, and suppresses all of their problems isn't much better off.

The weight that burdened me for much of my young life was too heavy because it was never mine to carry— it's my mother's unhealed pain. It's the pain of a terrified and powerless 6-year-old child with no mother and no support and nothing to help her make sense of this ruthless world which so indifferently robbed her of stability and love. It's pain that she's learned to live with by never expecting or needing anything from anyone, by pushing people away, and by cursing and disavowing this wretched state of being that we call life.

I don't blame her for becoming the person she is to cope with the tremendous tragedy and loss which consumed her childhood. But every day I grieve the childhood that I never had because she never found a healthy way to heal from her own trauma.

I never felt like I was allowed to be young. I was taught that kids were naive, stupid, ignorant, incapable, and needy— all sorts of things that I couldn't bear to think of myself as. I was an "old soul". I didn't relate to my peers because I was "more mature". I was actually just a normal kid forced into fooling myself that I wasn't.

I'm not frustrated because my mom let me down as a kid. I know better than to burden her with unrealistic expectations. Being a kid and learning to be a person in the world is hard— it's the hardest thing I've ever done. And I know that being a parent is even harder. I understand the pain she lives with every day more than anyone— I've carried it within my own body for many years.

I'm frustrated because she refuses to heal or grow through the things that make it hard to be close with her. She's given me so money wonderful gifts and then burdened them with the tremendous tax of guilt. Anyone brave enough to encourage her to go to therapy immediately gets burned by the childhood trauma still feverishly fueling her red-hot memory stoves. She has the time and money to go to therapy and she just won't and... well, that's profoundly disappointing.

My Dad wasn't exactly the spitting image of a perfect parental figure, either. But five years ago, he started going to therapy and embarked on a wondrous journey of self-reflection. I've watched him grow from the diagnosis of a schizoid narcissist into a vulnerable and compassionate human being— and that's the best gift any kid could ask for.

He's not perfect, but neither am I. He still pouts like a child when he loses a close game of Settlers of Catan. I still shatter the screens of expensive iPhones with the explosive anger he never taught me to deal with. At least we can have a good laugh about it over pumpkin-spice cakes infused with THC.

I'll always love my mother. She'll always be a part of my life. But if nothing changes, she'll be insignificant to me. As heartbreaking as that is, I can't share her experience of the world with her anymore— it's just too painful.

Well, it's not life. It's just her. And I don't want to live in that world anymore.

"I hope you kids let me know if I wear too much perfume when I'm older," my mother says to me in a vivid childhood memory, crinkling her nose as the overzealous cloud of perfume enveloping an older woman wafts toward us, "I hope you know you can be honest with me, even if it hurts my feelings."

A few months ago, I made a trip to visit my cousin a few cities away. He's the father of three curious and kind children under the age of 10. "I'm so scared that I'm going to mess them up," he confided in me.

"Dude, you definitely will," I answered with my signature brand of sardonic reassurance, "just set aside enough money to put them through therapy when they're older and you're golden."

I don't want a perfect relationship with my mother. I want a real one.

So this is my prayer, my plea, my hope for the future. I hope my mother can find the guidance to let herself grieve the childhood she never had. I hope she finds the strength to heal from the trauma that still weighs heavy on her heart. I hope she finds the grace to stop expecting herself to be a perfect mother to me.

Regardless of what our relationship grows into, it will always be a as beautiful, complicated, and full of knots and imperfections as the crochet doll which will soon rest softly upon her nightstand. I love you, Mom. But it's complicated.

See all posts by Winry Ember →