MC
by Mollie Carillo 16 days ago in humanity

A pre-pandemic moment before our lives changed forever. 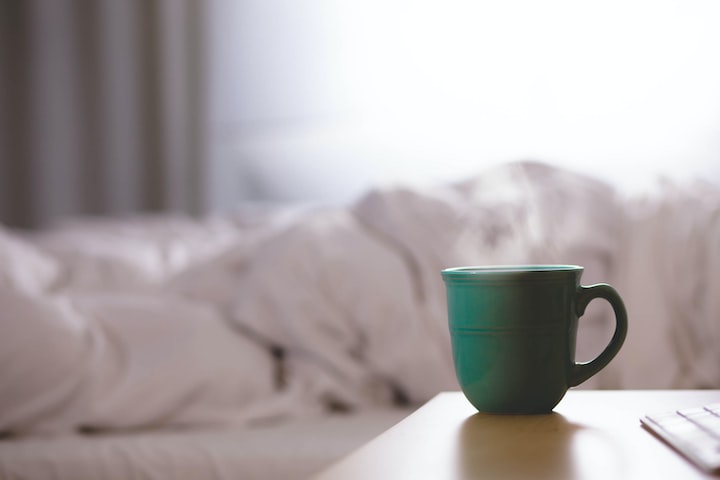 Photo by David Mao on Unsplash

The other day started off as a normal weekday. I wake up after hitting snooze on my alarm until the very last possible minute, (normal.) I shower and get ready for work, then wake up the kid to get him dressed and ready for school. He was not having it. It's very rare that he wakes up on the wrong side of the bed. But today was one of those days. Granted, he is not a morning person at all and I know very well that he gets that from me. Actually, both my husband and I, which sucks for him. But I think I've got this whole getting a toddler dressed and ready for the day down to a tee, right? Except for mornings like this one. I had to give it to him though, he was just getting over a stomach bug, this was his first day back since missing a few days. Nonetheless, this is how our morning started. I did not yell. I felt bad for him, I didn't feel like waking up and doing anything either. And I wanted to keep at least one of my New Year's resolutions. (Although, to be honest since that morning I have had to yell a few times here and there, what do you want from me?)

After finally dropping him off and praying silently while driving away that he'll have a good day, I hustle into work, already a few minutes late. As soon I sit at my desk I am bombarded with complaints from my stupid, needy, office assistant. I love her, I swear, she's actually the best one I've got at the moment but for god's sakes she whines and bitches about everything. Sometimes (and when I say sometimes, I actually mean all the time) I think I am not fit to be in the position I am in. I can't address things up front, I am too passive. I hate confrontation, and the introvert in me will never let me speak up. Don't ask me how or why I got promoted to run the office when I did, but I did. And out of dumb luck and burdening myself with way too much than is probably healthy day after day, I have kept my position for almost 3 years. I'm not going to shit on myself too much, though I mean I work hard as shit.

Anyway, this particular morning was not turning out to be great for me, so I take to my cell phone and text out a few frustrations to my husband.

"Soooooo I'm already done with today," I said. He replies back, "Why?" and I tell him all about my morning in full detail in a series of 5 consecutive texts. "Damn, hope your day gets better," he says.

It's only nine o'clock in the morning, why not?

Turns out, it did get a little better. Nothing notable happened to actually make it better, but nothing else shitty happened to make it worse, either. Now I know, I sound pretty dramatic for having a few ticks at the beginning of my day, but what can I say, I can be pretty neurotic sometimes.

Turns out my little toddler had a better day at preschool as well. He got 3 smiley faces on his daily note when I picked him up and had his cute little smile back on his face again. Just before 6 pm, I receive a text from my husband.

"Be home soon. Want me to cook. I'll even do the dishes so you can relax a little bit after an exhausting day." My eyes bulged a little bit when I read it. My line of work may be exhausting mentally, but I know for sure doing what he does he is exhausted physically, daily. For him to offer me that after working a 12 hour day of hard labor, I was a bit overwhelmed with gratitude. It's not often that he makes these types of gestures, and he is quite possibly the least romantic man I've ever been with, but he has his moments. Although I chuckle to myself a little bit after my moment of gratitude, because little does he know, even if he frees my evening a little bit by taking over cooking diiner and washing the dishes, I still have a few loads of laundry to fold and put away, because lord knows I've put off actually doing it for long enough.

Still, I was very appreciative of my husband on this particular day. He is a hard worker, and his 10-12 hour work days are full of physically exhausting labor. Sometimes he even goes in on a Saturday and/or Sunday. This opened my eyes a little bit more, and I realize how lucky I am.

Funny how he decides to show me up after I secretly made a New Year's resolution to be nicer to him. And I have been, and I will be.