About the dads I found

Because we don't all get lucky with the first try 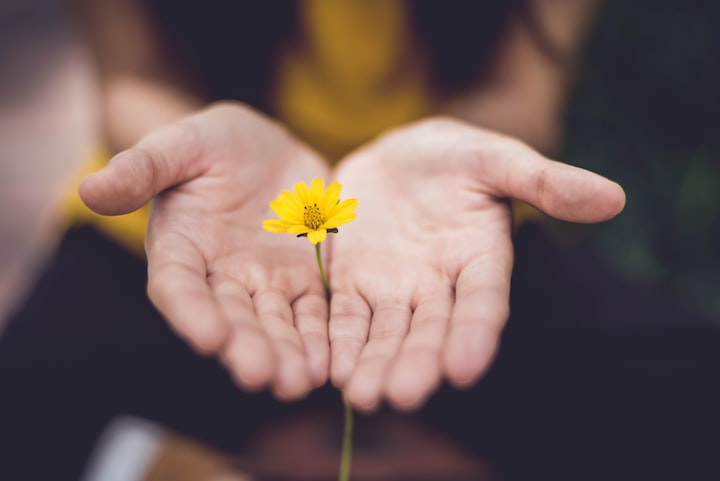 Photo by Lina Trochez on Unsplash

I gave myself a new name and surname after about two years of healing from CPTSD and childhood trauma.

As Luna, I have started to discover who I really am as a person, and I have picked up growing up from where I had left it - between 3 and 6 years old.

My biological dad was the first and most constant perpetrator of abuse towards me, and after I started healing it became clear to me that "daddy issues" weren't much of a joke at all.

So naturally I wasn't too fond of him, and at the beginning of my journey I often found myslef asking for guidance, or paternal love, or some sort of figure that I could "measure myslef with" as a daughter.

And boy, did the Universe deliver.

Brooke is my "official" spiritual dad from the other side of the world. During the pandemic I started attending an online shadow work circle in Australia, which worked perfectly for me because it was in my morning and their evening. Other circles closer to me would also be in the evening, and I famously can't be up past 10PM, so that in itself was a stroke of luck.

I ended up sitting in circle for 2 years, and one of the facilitators was one of the warmest, kindest men I have ever met.

The first approach to him was a bit surprising, because normally some sexual or romantic feelings would have entered the scene (such is the nature of daddy issues), but I could only feel the purest love towards him, and I also felt very proud and happy about his blooming relationship with his partner.

Over the course of the two years and after, I had to have some adjustments in my view of this relationship to stay in integrity. I had to remember that Brooke isn't really my parent, and adjust to the fact that our is a beautiful friendship and that the "spiritual dad" part is only a side of it.

Still, it gave me precious instruments to relate to men in a healthy way, and it's instrumental to this day for me to look at my worthiness (or lack thereof) and rememeber that my mind does lie to me sometimes.

That is what fathers are for. The Father archetype's nature is to give a correct representation of what it is to relate to a guide and a protector, which then reflects on how we relate with work, partners (all genders will have masculine and feminine energy so this applies to all partners and sexual preferences), challenges and danger in a proactive way.

And it is way easier to learn this with positive examples in my life.

While Brooke has been the closest thing to a dad I ever experienced, there are a few other honorable mentions.

A couple years ago I was in London for a coaching class, and the venue was Rumi's Cave. They do a wonderful community service that includes feeding homeless people and providing a warm space for them to be in the humid English weather.

I was commuting from Oxford, taking loads of trains, and I ended up arriving way earlier than everyone else, while they were still serving breakfast. That’s when I met Ryan.

I was wearing my tote bag that says “Emotional Baggage” and he seemed to find that hilarious so we had a chat. I couldn’t understand everything he said through his slurred speech and heavy accent, but I instantly felt close to him and I would seek him out most days to spend some time together.

At some point we were sitting outside of the venue as I was on class break and he was just smoking under a rare ray of sunshine.

I will never forget that moment, the bows of smoke from his cigarette crossing the air and the cracks on his skin looking even deeper under that harsh light. I won’t forget it because he told me something that I think about so often, and that I had been waiting to hear even though I didn’t know yet.

He said: “I know you’re brilliant but you can’t fly all the time. Imagine you’re a sea bird. You fly a bit. You float a bit. And then when you’ve rested you fly again”.

I don’t talk about angels much, but I think he was one because I’ve never seen him again after he delivered that message. Even months later, when I went back to London, I couldn’t manage to find him.

But one of my dreams for when I move to the UK is to take care of him and get him a proper place to stay and all the food he can eat and to chill outside with him a lot more.

Many moons before I even knew the meaning of trauma, I went to an English school in Eastbourne. It was my firsts solo trip, and I had organized it having no clue about most of the things involved.

I arrived safe and sound, and it was immediately clear that England was (and still is) my favorite place in the whole world.

However, I am prone to getting lost. I embrace it, it's a wonderful way of letting life surprise me...and in this case it brought me John.

I was walking back from the school to my host family's home,my phone was dead and it was raining. It was like being in the shower, thick persistent rain, and I couldn't see anything, and I didn't remember too well where I wanted to go in the first place, so obviously I found myself somewhere entirely new.

The only person who was out, other than me, was a frail old man with a big black umbrella. I asked him if I could use his mobile phone, and he said that he didn't have one but that I could go to his house and use the landline. I considered him in his entirety for a moment. I could've taken him if he tried something. So I went with him.

After calling, we had some time before I got picked up, so he showed me the photos of his late wife, he told me about being in the army in Italy, and even though my English was quite broken back then he tried asking me about what I liked to eat and if I was happy.

It was August, and I had had a hard year already. That contact was the first bit of pure kindness and attention I had received in months. I still carry it in my heart, like an amulet, and the picture of him walking in the rain with his big black umbrella has never left my heart.

More stories from Luna Lee Bear and writers in Families and other communities.