Odysseus’s Guide to Back to School Parenting

by Katie Alafdal 9 days ago in how to 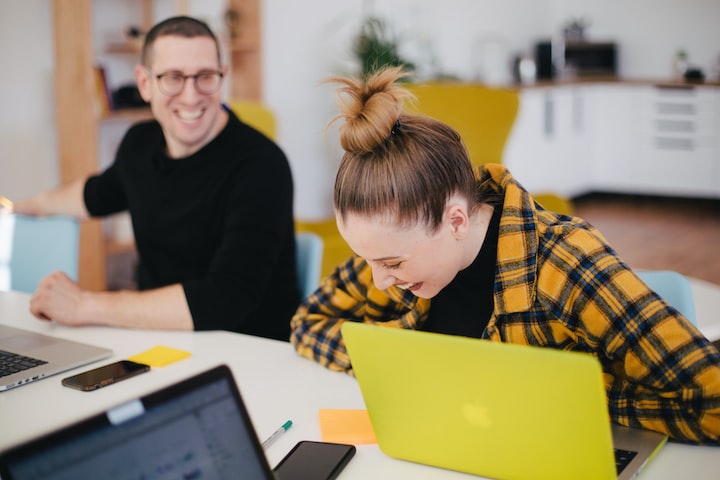 Photo by Leon on Unsplash

With another school year in the works, it’s easy to feel flustered or anxious. But whether you’re setting your children loose in the Land of the Lotus-Eaters, dropping them off on the crumbling rocks of siren territory, or waving goodbye to them across the carpeted floors of a kindergarten room, I’ve got all the advice necessary to keep you in your element.

1. Teach your children the value of independence.

These days, a lot of stock is put in being there for each and every moment of your kid’s existence. But as someone who ended up missing the first twenty something years of my son’s life, I can tell you that constantly clinging to your kid is overrated.

Take my story for example. Did I end up getting drafted into a brutal war while my wife and son waited an ocean away, unsure if I was alive or dead? Sure. Did it take me the better part of ten years to sail home once the conflict at Troy was over? You bet! I made a few wrong turns, just like any Dad who has trouble acknowledging they need help with directions! I’m not perfect! And does my son resent me? Maybe. So be it! Telemachus turned out just fine without me bugging him about his grades every twenty minutes.

In an age of tiger moms that push their children to constantly achieve, and helicopter parents that are always hovering on the periphery, remember that it’s kind of revolutionary to take a more hand’s off approach.

2. Sometimes you have to let your kids fail.

Look, I know we all want to be able to swoop in and save the day when our children are struggling. It’s human nature! But sometimes, learning how to fail gracefully, and turn that failure into a learning opportunity, can be the best gift you can give your kids. When one of my illegitimate son’s, Telegonus grew into a man (as strapping and handsome as his father), he came in search of me at the behest of his mother, the witch Circe with whom who I had enjoyed a brief but passionate fling. Upon arriving on Ithaca, he was so disoriented he thought it was actually a separate island, and began pillaging the premises. Telemachus and I obviously rose to the occasion to defend our people, livestock and land, but ultimately, Telegonus accidentally murdered me. We all make mistakes, but how we handle them is what defines us.

You know what they say-- patricide can happen to the best of us.

3. In the event that your toddler is placed in front of a plow you are driving while you are pretending to be insane to avoid getting dragged into an arduous war, do not run said toddler over!

Okay, so this one is obviously something that we all go through at some point. For me, it happened just after that idiot Paris made off with Helen, the wife of Menelaus. I did what any intelligent, self-assured man might do to avoid keeping my oath and joining in on the bloodshed: I pretended to be insane, by-- you guessed it-- hitching an ox and a donkey to the same plow and roving across the field like nothing was the matter! But then, out of nowhere, Palamedes slaps my son Telemachus down right in front of the plow, calling my bluff. I know it’s tempting to just let this baby go-- after all; you can always procure new ones. But honestly, I’m glad that I did not run over my first-born son.

4. Teach them to value family and friendships, no matter what form it comes in.

In today’s modern world, families come in all shapes and sizes. Teach your children to value theirs, no matter what it might look like or how unconventional it might seem. I think that on some level, all of us imagine having that perfect nuclear family, with the white picket fence, or in my case, the forbidding stone walls of my castle on the island of Ithaca. But sometimes life comes at you fast. When I was sailing home after the Trojan War, I met a lot of really interesting people who changed how I thought about things. And yeah, I cheated on my wife with some of them! It happens! And you know what else happens? Illegitimate children!

Of course in the beginning that made things tough at home, but now, we are basically just one big, happy family. My oldest son, Telemachus, actually ended up taking my wife and his mother, Penelope, on vacation recently to the lovely island of Aiaiai, where my ex-girlfriend, the witch Circe lives with my other son, Telegonus. And let me tell you, those two boys are as thick as thieves now that they’ve gotten to know each other. In a weird turn of events now that I am dead, Telemachus has married Circe, and Telegonus has married Penelope! Who would have thought!

5. Remind them to never entertain strangers. Your children should not invite anyone over to your house without permission from you first.

I always think back to that time when I was away on the ringing plains of dusty Troy, and then lost at sea, and in my absence a boatload of suitors came knocking at the doors to my palace on Ithaca. They all wanted to marry my bride, Penelope. Luckily, Telemachus knew that this kind of audacity was not going to fly, and he worked with my wife to do everything in their power to stall until I arrived home.

6. Model good behavior for them.

Your children are naturally going to emulate everything that you do and say. It’s for that reason that you have to be a paragon of virtue and manliness. I’m thinking now of the time I came home from war to find a bunch of suitors trying to marry my wife. They were set to have a competition to see who could string my old bow and fire an arrow through six separate axe shafts. I disguised myself so I could participate, won the competition, and then proceeded to slaughter every last one of the men who were eating my food and flirting with Penelope. I am overjoyed to report that after a few moments, my own son Telemachus joined in, helping me kill and maim all of the lowlifes who had been crawling up out of the woodwork in my absence. If you model the right actions, your kids will surprise you with how quickly they learn to replicate them!

Here’s the thing: your child loves you for you. Sometimes, you might be fifteen minutes late picking them up from softball practice, or in my case, twenty years late. Occasionally you’re going to miss one school play, or in my case, all of them. From time to time, you might even have long and tempestuous affairs that result in the birth of a plethora of half-siblings. It happens! Just enjoy the journey. Each parenting odyssey is precious-- I would know.

Receive stories by Katie Alafdal in your feed
Katie Alafdal
Read next: The Unconventional College Life