Lies My Teacher Told Me

by Kathy O'Neill 15 days ago in teacher 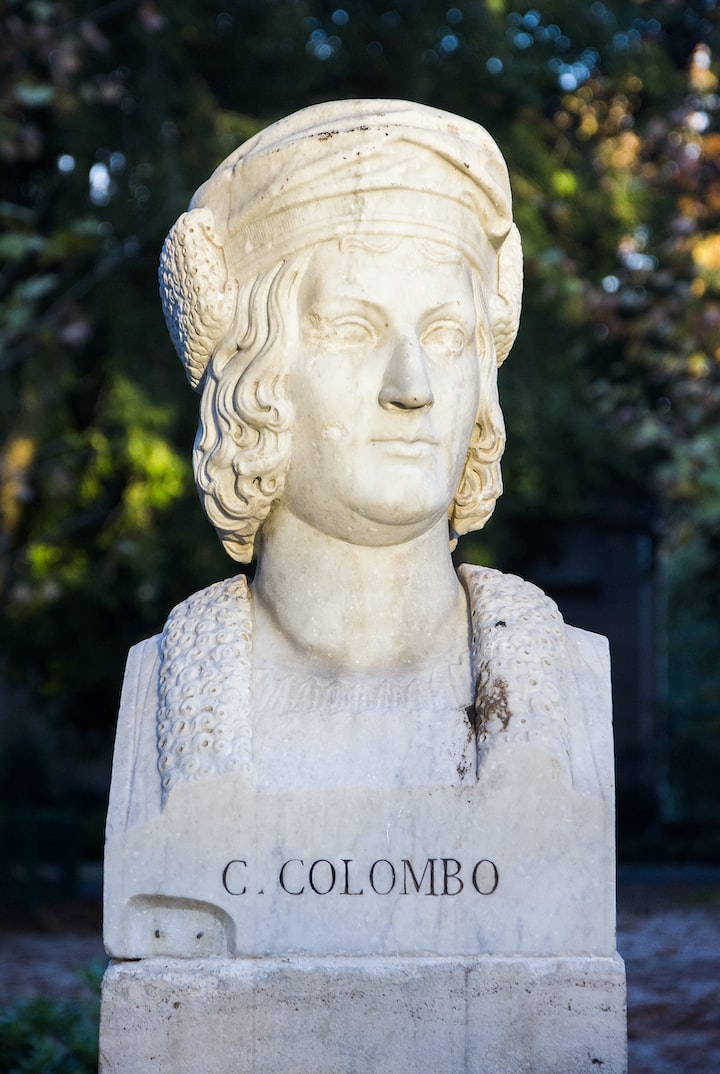 Photo by Blaz Erzetic on Unsplash

Every good story begins “Once upon a time…” This is the greatest story ever told. This is the story of us – of humanity. There will be no discussion of creation or evolution. That is a different discussion for a different day. This is one of the lies my teacher told me.

He was an Italian explorer backed by Spain. Why did Italy not back Columbus one might ask. At this time, Italy was made up of small papal states. He did appeal to his city-state only to be turned down. The voyage was too expensive. He also appealed to Genoa and other Italian city-states with the answer always being “No.”

Not finding money or ships from anyone in his home, Columbus turned to Portugal. At the time, Portugal was leading the efforts of exploration. King John II of Portugal refused to finance Columbus. King John II believed that Columbus had miscalculated the distance for the trip. While he did not believe that the world was flat, he did believe that the world was larger than Columbus had calculated and that the trip would take longer and be more costly than expected. Further, King John II was convinced that the best and fastest route was around the tip of Africa. With that in mind, King John II put all of his exploration efforts into that area.

Third times the charm? Columbus next approached King Ferdinand and Queen Isabella of Spain. At first, Spain’s leaders were skeptical of Columbus’s plan. Additionally, they were pre-occupied with the Reconquista system, where Jews and Muslims were cast out of Spain. After discussion and as a result of Portugal controlling the shipping passages around Africa and a lock on the Indian Ocean, Ferdinand and Isabella hoped that Columbus could find another route. Deciding to fund Columbus, the Spanish rulers were seeking gold, spices, and silks. Additionally, Columbus was to help spread Christianity and then lead an expedition of China.

One of the many myths surrounding Columbus’s voyage was that he was setting out to prove the Earth was round. Right? Wrong. As early as 600 B.C.E., Greek scholars like Euclid, Pythagoras, and Aristotle determined the earth was a sphere. Using the sun rise, shadows, and other scientific properties of the earth, the Greek scholars began the concept of the earth not being round. During Columbus’s time, no person believed the earth was flat.

The resistance to Columbus’s voyage was that he believed that the circumference of the earth was small. He misjudged the length of the journey. Columbus was convinced that if he travelled west toward China, he could and would open new trade routes. Most of the explorers of the time thought Columbus would not find land before he ran out of provisions. Finally, convincing Ferdinand and Isabella to finance his journey, Columbus set out on his voyage.

On August 3, 1492, Columbus set sail with three ships. On October 12, 1492, Columbus “discovered” America. Can you really discover somewhere if people are already there? Given that people – humans – were there to greet Columbus, historians must have meant the first European. Wrong again. Leif Erickson, the Viking, had come to America before Columbus.

This begs the question – Why do historians and history teachers spend more time on Columbus than the native peoples who crossed the land bridge or Leif Erickson? Both do not fit the narrative that historians and storytellers have built for the United States. This reverence for Columbus began with Washington Irving in 1828 when he published “The Life and Voyages of Christopher Columbus.” I began to research this and wondered how this got started. Let me be clear – I am currently working on a PhD in history. I have obtained a Bachelor’s degree in history and a Master’s degree in Interdisciplinary Studies in Education and History. And not once did any mention Washington Irving. The first I had heard of this story was while I was researching this topic.

Washington Irving was a master storyteller creating stories like “Rip Van Winkle” and “The Legend of Sleepy Hallow.” No one would ever claim that Irving cannot spin an engaging fictional tale. That is exactly what he did with his biography of Columbus. Due to a friend, Irving was invited to Madrid. While there, he became fascinated with the gigantic archive of artifacts of Christopher Columbus. But like all good writers, Irving could not help but embellish upon Columbus’s already fascinating life. Columbus did lead a captivating life without the exaggerations of Irving and others.

One such embellishment was when Irving recounted the tale of the Spanish geographers questioning Columbus’s faith. According to Irving’s tale, on of the Catholic geographers supposedly said, “Is there anyone foolish enough, as to believe people walk with their heels upward and the head hanging down?” What this shows is that Irving spun a story with dialogue that fit the narrative he had spun for Columbus. This further shows that the idea of Columbus proving the earth was round was important to Irving’s story line. Without this encounter, Columbus could have faded into the background of a narrative of a nation that people of Irving’s time believed was bound for greatness.

Irving, the master storyteller, wrote a best-selling novel that started the idea of Columbus setting out to prove the world was round. This legend took hold and spread. The fictional confrontation between the rational ideals of the Enlightenment and the Church was accepted as fact. People read Irving’s details of Columbus’s life and accepted all of the embellishments as fact. This fit the narrative of the United States being a country set apart. The country was found and founded by men who had dared to go against society’s conventions and had found a better way. People, during the antebellum period, needed to understand that the United States was a country still on its mission to bring civility to the uncivilized.

Columbus never proved that the world was round. What he did was re-introduce Europe to the present-day North, Central, and South Americas. Columbus did not discover America; nor was he the first European to step onto American soil. The myths of Columbus cast the explorer’s journey’s in a daring light. While all the other explorers were heading south then east, Columbus dared to head west to find the east. By creating myths and stretching truths, writers, historians, and teachers have set the United States on a path of daring exploration and exploitation. The idea that Americans can overcome any obstacle because it is an ordained nation by God as a “City on a hill” drives forward the myths of grandeur for some, if not all, of the founding fathers. Columbus, like the other founding fathers, were mere men.

Teachers often retell the myths because they do not know any better. I for one did not until I started these podcasts. We need to stop telling myths and start telling truths to students. As a nation, we are still quite different from others. We have a rich history of stories that are truly fascinating – that do not need to be embellished. Those are the stories teachers need to be telling. Inclusion in our rich history is a necessary good. When we can see that all ethnicities and all cultures have had a hand in creating our nation, then we can begin to heal what ails this nation.

A veteran teacher with experience helping students become successful in their own lives beyond high school. Manager on campus as a Department Chair and Coach. Veteran Coach and Veteran leader on campus in the A.V.I.D. Program

See all posts by Kathy O'Neill →