How Being a Tutor Made Me a Better Screenwriter

by Carl Rogers, MFA 10 months ago in teacher

It’s not all about grammar and punctuation. 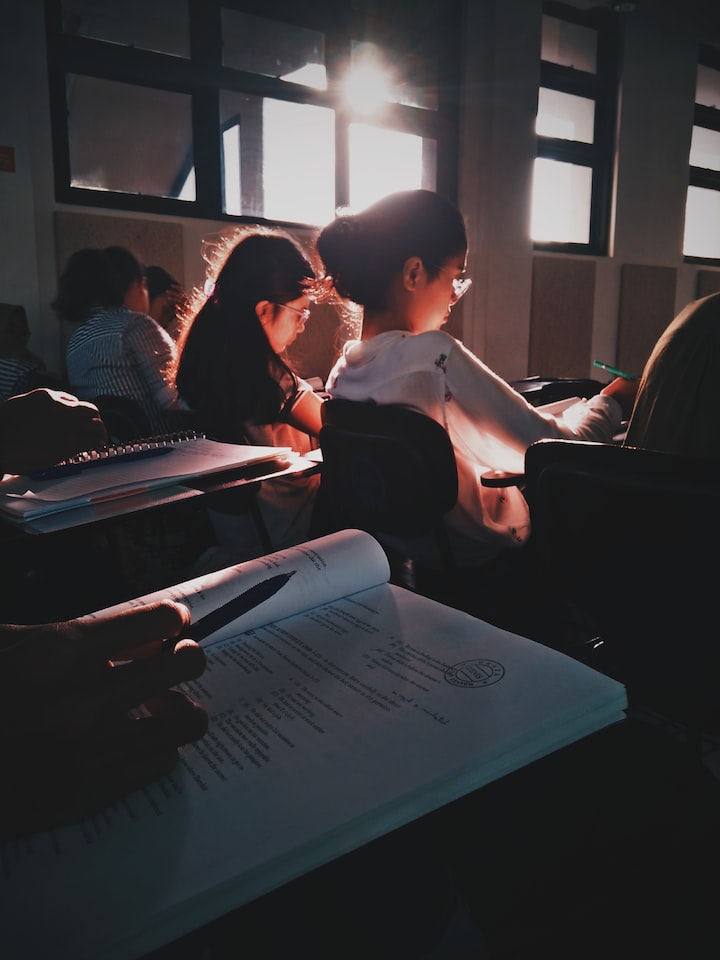 “Wait — what’s the difference between a run-on sentence and a comma splice?”

“What year did World War I start?

“Why does this Enlightenment-era essay keep referencing a garden?

All of those types of questions were commonplace during the two years after graduate school I worked for a large company as a part-time SAT tutor. There were no benefits, I had little control over how many hours I could work, and the pay wasn’t the best — but I treasure those two years I spent huddled in a cubicle teaching high schoolers. Why? It honed my skills as a screenwriter, and not just in the ways you’d think.

I may have lived at the poverty line during that time, but it made my writing all the more real to me.

Many of you read the title and assumed I merely improved my grammar skills by teaching them for two years. You’d be right: my already good grasp of sentence structure, syntax, and vocabulary improved. This was not only because of the repetitious nature of the classes I was teaching, but also because the proprietary curriculum was designed to accommodate the students at their current skill level. The natural upshot of this meant that I had to teach beginning, intermediate, and advanced high schoolers the same material and adjust my methods accordingly.

I also taught things like U.S. History, Civics, literature, essay writing, and even how to ace the TOEFL — the test non-native English speakers must pass in order to attend a university in North America. All of these subjects forced me to delve deeper into the areas I already knew and practice my pedagogy.

Still, the writing craft benefits were the least important of what I got out of those hundreds of hours of instructing literary padawans. In fact, now that I haven’t been teaching for several years, I find my memory of some specific rules are fading…Yikes! No, there were several other, less technical ways this tedious job enabled my growth as a writer.

Each student was unique in his or her upbringing, quirks, and worldview. I quickly learned to adapt not just to varying skill levels but also to each one’s style and learning needs. I became more than an instructor; some of the kids looked up to me as a friendly mentor, and would ask my advice for what to expect in college or for help on their homework assignments for “real school.”

This immersion into a generation near in age but vastly different in experience (I’m Gen-Y, they were Gen-Z) opened my eyes to a myriad of new perspectives. This exposure gave me empathy I hadn’t previously possessed, an emotional touch that pervaded my screenwriting thereafter.

Thirdly, working as a lowly tutor for two long years gave me a greater appreciation for the dedication needed to be a professional writer. I’d written a lot in college and grad school, but as far as scripts go, I’d only written (and directed) short films; I hadn’t bitten off a feature-length screenplay yet. One of the main reasons I took this job was so I could do just that.

As I was determined to not become another statistic of film school graduates who never went on to use their degree, I only applied to part-time jobs after graduating with my MFA. (My fears turned out to be fallacious, and I only took a full-time job after prodding from a mentor who works for Sony Pictures — but that’s another story).

This tutoring job seemed like my ticket; it paid better than McDonald’s, and I could use the rest of my day to write. This led to an increased mental energy and focus on time management. If I wasn’t teaching, I’d better be writing-or else! You know what? It worked.

I used those two years to immerse myself in the craft, and wrote multiple drafts of my first feature screenplay, an adaptation of one of my grad school shorts. Despite being my freshman attempt, it still placed in a ScreenCraft contest. I wouldn’t have been able to do this without the focused effort that the tutoring job brought me. I may have lived at the poverty line during that time, but it made my writing all the more real to me.

Finally, by spending two years teaching how to write, I was forced to apply what I learned on my own to what I taught these teens. Week after week, I mentored these baby writers working on their college entrance essays, ACT writing prompts, and honors term papers. I needed to encourage them constantly to read books and engage with the course material, whether antiquated fiction or sterile nonfiction. Most of all, it was my job to explain how to convey ideas with words, to teach them to weave semiotic spells with their pencils.

Moreover, I knew that if I taught incorrectly, it could damage their ability to write in the future. This meant I had to re-evaluate my own methods as both a teacher and a writer-their future in college and beyond depended in part on what I taught them. If my part-time teaching gig influenced the lives of others, how much more would the stories I told on the silver screen?

In these ways, the journey of tutoring and writing were intwined; each influenced the other, and I’m a more mature screenwriter for it today. I improved my grammar, yes; more importantly, I gained insightful empathy, ferocious dedication, and a heightened sense of responsibility.

It was my job to teach them to weave semiotic spells with their pencils.

I don’t miss the odd hours and low pay, but I do miss the sense of accomplishment and joy I experienced when a student would come into class excitedly to tell me she’d raised her SAT score by 250 points, or that he’d gotten an A+ on the paper he wrote using what I taught him. Those are priceless moments. Do you have a teacher that changed your life, even if he or she didn’t know it? Spending twenty-four months teaching teens the difference between comma splices and run-on sentences wasn’t exciting, but it changed those teens’ lives — and mine.

I'm a writer and director teaching you screenwriting, storytelling, and film analysis. Take my FREE Scriptwriting Masterclass: How to Write Invisible Camera Angles!