by Ty Mc 2 years ago in courses
Report Story

Learning and gaining more credibility in 2021... 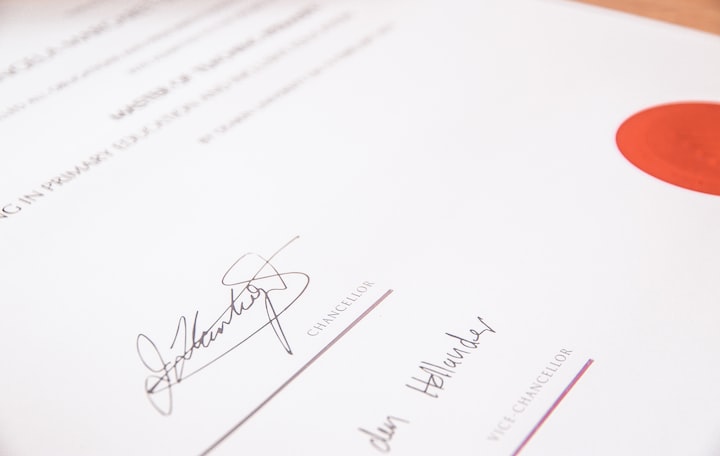 Photo by Lewis Keegan on Unsplash

As someone who has a job as a web developer and data scientist, I am all about learning and discovering new things in order to get better at my profession. It is great to gain new knowledge and information on how things work, especially when it has practical applications. After all, these jobs require a lot of knowledge of coding, programming, mathematics, critical thinking, and general technical skills. However, gaining this knowledge is not great for job security if there is no proof that you have been mastering new skills. That is why certificates and degrees exist after all: as confirmation that you were able to successfully retain and use what you learned from any given class or course. Otherwise, any charlatan could walk into a job interview, drop a few fancy words and references, and either get a position they are not prepared for or waste a company’s time they could be using to find a qualified candidate. So while it is good to learn, it is even better to get some proof of your newly gained proficiency.

While many might see this new year as another potential 2020-style disaster, I see it as a opportunity to learn and show my bosses what I have learned. So, for this new year, I have begun taking a course under the Linux Foundation, an introductory course about Linux. Linux is an important open-source operating System that was invented in 1991. To this day, it is used for many things from the Android operating system in many people’s phones to cloud computing systems to basic computers and servers as well as mainframe computers. That last bit is important since Linux is the leading operating system for servers. Most servers I have worked with or used during my time as a developer have used Linux. In fact, 96.4% of the top 1 million web servers work using Linux according to W3Cook.com. While I have worked with Linux for a few years now, I don’t really have any evidence I can show to an employer that can backup my claims. That will change for 2021 because once I complete my Linux course, I will have the chance to take a final exam and, as my New Year’s Resolution, earn certification with Linux. With a certificate, I will be able to show my current employer and any future potential employers that I am good with the Linux operating system to the point where I have basic system administrator competency.

It is not all about the certificate though. This course will hopefully be a good refresher course for getting me reintroduced to the basic principles of how Linux works and potentially teach me new things I can do with the system and any servers running the operating system. I plan to take notes with every step I take with this new course and hold on to them for future reference. I have only just begun this course, but the introductory video has already taught me a lot about the importance of understanding Linux. I learned that many devices I rarely think about are power by Linux through embedded systems. Many routers, automated controls, smart house technologies, televisions, automated systems in automobiles, digital video recorders, video game consoles, and smart watches all depend on some version of Linux to continue running. So like a lot of technical jobs out there, someone who spends their time learning about Linux and making themselves a master of the operating system essentially gives themselves job security. With this course, I not only give myself to have security but the ability to learn more about an important system which basically runs the computer systems of the world. So, I hope to do well with this course and hope everyone reading this has a good 2021!

More stories from Ty Mc and writers in Education and other communities.