by Jordan Gabrielle 2 months ago in college 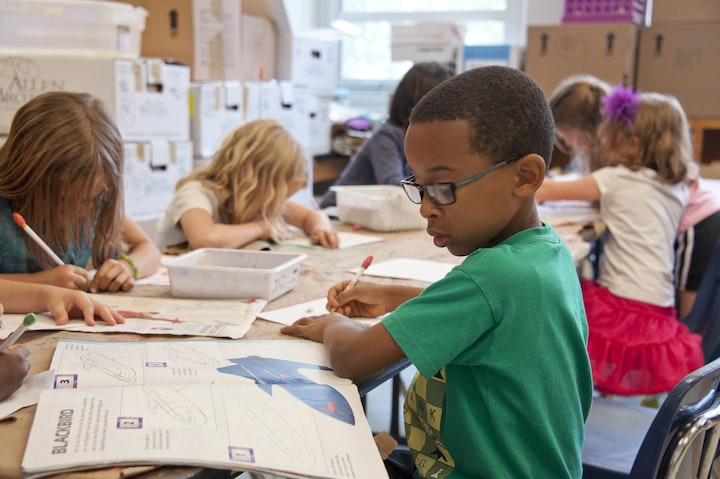 Critical Race Theory should be the undebatable sine qua non of education in America. Being as though we are in a new generation and a vast, ever-growing digital age, it’s fundamental to right the wrongs of white America's past by being honest. Critical race theory (CRT for short) is based on the principles of ethics and justice regardless of partisanship, but to further delve into the topic, I’ll support you with its meaning and a brief history.

Critical race theory is an abstract concept identifying white supremacy and how its subsets are upheld to invalidate BIPOC (Black, Indigenous, & People Of Color). The primary objective is to not only enact social reform but also comprehend racism and rectify its iniquity. CRT originated in the civil rights era amongst legal scholars, in an attempt to emphasize intersectionality and correct racial disparities at the time. CRT was originally meant to be taught at the collegiate level, more so, law school, but in wake of political uprisings, social media has coined the term to call out racial shortcomings in education. Although this topic is purely educational with no malicious intent, many people, observably leaning right, have expressed disgust and fear toward the teachings.

These initial reactions coming from a predominately white social group are valid. Many individuals are disgusted by the possibility of having to acknowledge the past and the repercussions that come with it. I believe as though they are anxious their privilege won’t be able to shield them from the power of the truth. In history, this reigns true.

Historically, this denial of education all started with rebel and preacher, Nat Turner. During slavery, masters would constantly misinform enslaved people and use biblical scriptures to convince them to submit to oppression. But Nat knew better because he was educated. Because of his wisdom, he discovered new scriptures in the Bible that went against slavery. Following his discovery, he enlisted other enslaved people to help lead a rebellion against white people. After his massacre on August 21, 1831, white people then learned the dangers of an educated Black person.

Even now, white America is using the same ideology, whether independent or structural, they still choose to set BIPOC behind. After following the passing of Brown v. Board of Education, 1954, there have been many other attempts to dismantle black and brown education such as:

There’s no such thing as neutral education. Education either functions as an instrument to bring conformity or freedom. - Paulo Freire

It's almost a prerequisite that America conforms. Racism as its heart, capitalism being its breath, and white supremacy acting as the backbone, this is all we are taught to either become or aid. Daily, we proceed to demean, undermine and falsely influence children of color due to this fear and conformity. With the use of racial gaslighting and selective amnesia, it's acceptable to rob the people of their proper schooling because of self-inflicted rage and/or white guilt. Although it's uncomfortable, even painful, it's necessary. And we can see a perfect example of this in Germany.

During the holocaust, Hitler used oppression tactics from all over the world, mainly America's slavery traumas, to build a hope-proof concentration camp. Hitler even said he was "inspired" by America's treatment of Black and Indigenous people. One of the world's greatest tragedies got its way from us, now we need to seek them for our recovery.

Denazification. We have to denazify America.

White people in America want to miraculously forget their crimes without being tried and sentenced. We have to acknowledge these wrongdoings to rid this country of injustice. America wants to relieve itself of the confrontation of these issues, but stand by their heinous atrocities. Germany on the other hand, understood and acknowledge their discretions, and rid of everything perceived as evil or damaging in its country. In the denazification process, Germany demolished statues of oppressive leaders, relieved the country of Nazi symbolism and so much more. Ironically, America assisted Germany in that process. During the post-WWII and Jim Crow era, America helped Germany denazify while having its own very impactful racial hindrances. Although this concept wasn't all that successful, it is something we can take into consideration moving forward.

Vergangenheitsbewaltigung. No, I didn't just have a stroke. That's our next step. This term simply means historical reckoning. In Germany, schools take field trips to concentration camps and even visit and clean graves sites of Jews worked to death by Nazis. Not to mention, the children and grandchildren of Nazi soldiers have educated themselves and advocated for these traumatized persons and their descents.

Critical Race Theory is not meant to bash nor hate white people, but it is meant to shame. While it teaches and enthuses black and brown children, it should teach and healthily shame white ones. Although children are born pure and most likely won't discriminate, some children are born into racist families and adapt to their ways. Not to mention, the subconscious, societal programming lodged into us the minute we can talk. CRT should be the opportunity to call out these hateful actions and correct miseducation on BIPOC individuals. Shame is a much-needed emotion for any form of change. CRT can noninvasively shame white people to positively reshape our understanding of race and racial setbacks.

Refusing to teach this principal feeds into the notion of keeping people enslaved. Opposing this stance further amplifies white supremacy. Racism lacks logic and if you're not racist, then educate and be educated.