Sometimes, it's the little things that count. 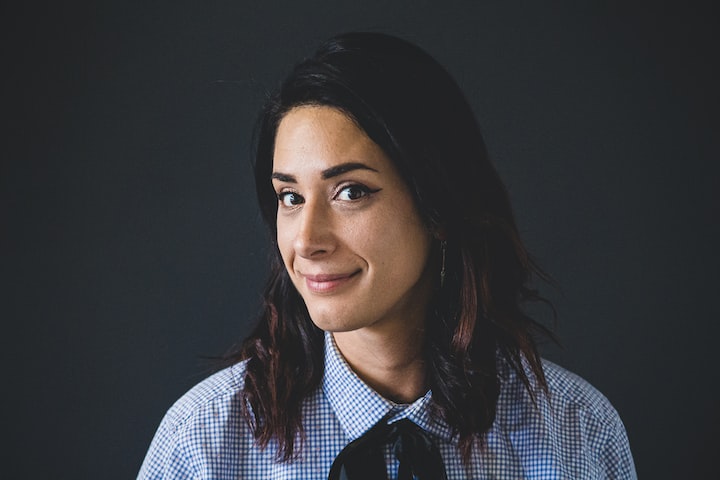 I still remember reading a book about how to earn straight As: I guess you could call me a selective goody-two-shoes — I adjusted my approach depending on the situation I was in.

If I was in class, I almost always had my nose in a book.

If I was at a concert, I’d dance all night long, and I might even have a few drinks or wear provocative clothing.

It all depended on the environment really.

Although I never actually earned straight As, I did manage to get a cumulative GPA of 3.41 and a 3.6 during some of my best semesters.

The advice within the pages of this book surprised me, but I do believe it actually helped.

My attendance left much to be desired: I had to commute back and forth to school, and there were some classes I completely dreaded going to.

On top of that, I did actually fall ill more frequently than I had anticipated.

It’s amazing how much attendance can improve your GPA: One of my professors even gave a classmate of mine extra credit for simply showing up for each class.

Also slightly annoying for those of us who slacked off a bit…but good for her I guess.

Don’t be afraid to ask questions or answer them: Your professors will appreciate it!

3. DON’T PUT AWAY YOUR STUFF BEFORE YOUR PROFESSOR IS DONE WITH THEIR PRECIOUS LECTURE

Apparently, you shouldn’t put away your stuff while your professor is still speaking.

Secondly, they’ve spent hours putting together their lessons — sometimes they’ve even stayed up all night long to show up prepared for class! — and these humans are quite understandably frustrated when they hear books being put away before they’ve finished their last sentence.

It’s an easy gesture of respect that they’ll appreciate!

This act might not automatically lead to amazing grades, but it will almost always lead your professors to view you favorably, and that’s simply a nice dynamic to facilitate when you have to be in someone’s presence at least once a week — It will make the whole experience more pleasant for both parties, believe me!

4. VISIT PROFESSORS DURING THEIR OFFICE HOURS IF YOU NEED TO

Professors have office hours for a reason, yet they usually sit there twiddling their thumbs: They’re often thrilled when students approach them with questions or concerns about their lectures!

If you are a bit shy and uncomfortable asking questions in class, visiting your professors during their office hours might be the answer.

5. COMMUNICATE RESPECTFULLY REGARDLESS OF THE SITUATION

Admittedly, I’ve failed to do this plenty of times: School and certain professors can just be exasperating, and it can be challenging to communicate effectively when you’re burning the candle at both ends— the frustration and overwhelm is real!

That being said, sending a polite email stating the reasons for your absence or going up to a professor and respectfully asking them questions about why you received the mark you did can make a world of difference.

The people who grade papers stay up late sometimes to do so, and they may miscalculate something: It’s rarely quite as personal as it feels, and you could actually get your grade raised from a C to a B — or even a B to an A! — if you genuinely ask them why you were wrong on specific answers in a cool, calm, and collected manner.

This happened to me a few times.

To a professor, every second of their lecture is essential, and rightly so: They have to pack so much information into one semester, and they often still feel as though they’re leaving elements of the curriculum out — It can be agonizing to select ten of their favorite literary masterpieces instead of twenty-five, and they often feel as though they have to rush through their lesson plans.

For these reasons, late students tend to frustrate them to no end: Accidents happen and traffic can be a pain, but limiting your tardiness will likely lead to a better academic relationship between you and your professors.

If you are late, it never hurts to simply apologize and briefly let them know why, so that they understand you weren’t just trying to blow them off or taking their class for granted.

7. ASK FOR EXTENSIONS IF YOU NEED THEM

Every time I’ve asked for an extension in college and explained myself thoroughly, I’ve received one: You’ll never know if you don’t try!

Sometimes, all it takes is a friendly email stating that you’ve been swamped with other classes, family matters, volunteer work, etcetera.

You’ll just want to make sure you let them know that your primary objective is turning in high-quality work.

I’ve found it’s most appropriate to ask for two or three more days.

A week is pushing it.

The worst that’s ever happened is that they’ve given me two extra days to complete a project instead of the three that I asked for: This still provided me more time, which was incredibly appreciated.

8. BE CAREFUL WITH YOUR HUMOR IN THE CLASSROOM

Oh boy, did I learn this one the hard way!

It still escapes me sometimes, and I’ll say something that comes across as more malicious than I intended for it to.

Sometimes, I’ve forgotten that professors have feelings too due to their high status and the esteemed letters behind their name, but they can experience humiliation in front of a class the same way you and I can.

Honestly, it’s probably best to just not joke during class…If you do, you risk having a complicated relationship with your professor where resentment might build up between the two of you.

This can tarnish the dynamics, and it might even affect your grades negatively.

It’s not fair, but that’s just the way it can be.

Of course, every professor is different: You’ll want to play it by ear, but I’d definitely just steer clear of controversial banter the same you would in the workplace.

9. DON’T BE AFRAID TO TAKE A LOOK AT THEIR CREATIVE PROJECTS

They’ll almost always be thrilled if you go to the trouble of reading their work, and you’ll likely grasp the subject matter in even more depth.

Of course, you may or may not want to dish out your hard-earned cash on your professor’s book, but doing so can build rapport between the two of you.

On the other hand, some professors may be happy to loan you their book if you’re interested.

All you have to do is ask.

Who knows? Their work could inspire a brilliant essay on your part and help you see the topic you’re studying in an entirely new light.

I still find it extremely high-maintenance to get out of my sweatpants and look presentable for the day, but I force myself to — at least most of the time! — at this point for two reasons: I feel better and other people treat me with more respect.

If you feel good and look presentable, it will honestly be easier to connect with others, including your professors: You’ll look like you’re doing well!

This is an unfortunate truth, but we live in a superficial world and that’s just the way it is.

If you are in school, I hope these tips are helpful: More often than not, it’s our small and consistent acts instead of our grand gestures that make a world of difference.

More stories from Daniella Cressman and writers in Education and other communities.