Why has plastic become a global problem?

by Cubedz 2 months ago in Climate
Report Story 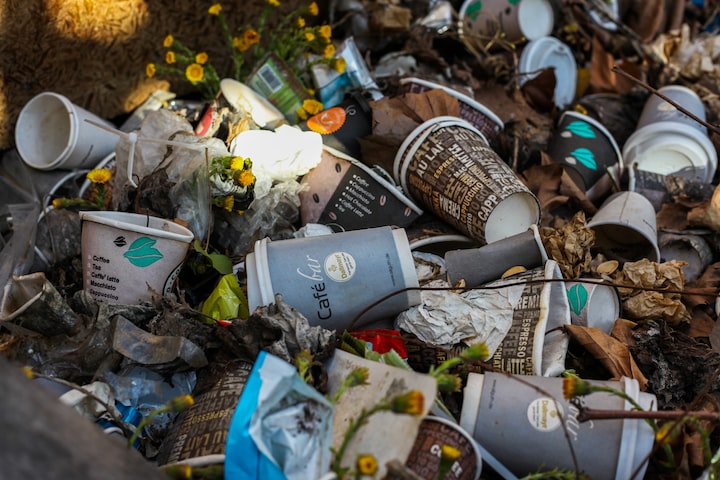 Photo by Jasmin Sessler on Unsplash

This is not about pointing out, activism, or politics. This is about a global problem that needs a global solution. Plastic consumption reached over 320 million tonnes annually. Every year, these tons of plastic will travel to the oceans. It gets caught in a whirlpool of circulating currents. How does plastic get into the ocean? Mainly because of us whether we mean to throw it or not, there’s always a chance the plastic could make it into a river then into a sea, and finally into the ocean. A big chunk only stays afloat for a brief period of time then within one month what remains afloat has the potential to come back on a coastline and on the land again. Only a small fraction appears to be ‘lucky’ enough to escape and make it to the open ocean. But once the plastic finds itself in the ocean, we can anticipate staying there for a very long time trapped in what now we call the great garbage patches. (Plastic typically takes up to 450 years to degrade.) One of them is called the “Great Pacific Garbage Trash”.

Why all this consumption and debris? Because plastics are seen as the new coal by the industry entrepreneurs. It was cheap. Businesses are dependent on plastic as an affordable, versatile, and durable material. Therefore, with planning a massive expansion in production, the problem is on track to get much worse. The climate impacts of plastic are real and require urgent attention and actions to maintain a climate good for all. So, which country produces the most plastic waste? China by far followed by Indonesia, the Philippines, and Vietnam.

Why has plastic become a global problem?

The fact is the amount of plastic on our planet is increasing daily and we do not do anything to stop it. Since the 1950s, 8.3 billion tonnes have been produced worldwide. From that 70% of plastic never made it to recycling. Each year a big part goes into the oceans. Experts are saying that there will be one bag of plastic in the ocean for every three fish. To put it simply the more urbanism the greater the demand for cheap materials so more plastic production. The fact is that 2 million plastic bags are still being used every minute and 1.1 million marine animals die each year because of plastic. More plastic - more waste - more pollution.

Of all the plastics ever made to date, it was estimated that 60% have been discarded in the natural environment.

“Great Pacific Garbage Trash” is better known as the “Pacific trash island”. A collection of marine debris. Garbage that ends up in oceans, seas, and other large bodies of water. Scientists found in patches even a plastic crate produced in 1977 and a buoy from 1966. About half of the plastic identified has a production date from the 1990s or earlier. These findings indicate that all this plastic has been gradually accumulating in these areas and not leaving. The patch is divided into 2 sections: the Western Garbage Patch, located near Japan, and the Eastern Garbage Patch, located between the states of Hawaii and California. Maybe there are more... But for us, the idea of this patch means an island full of trash. Nope if you look from above you cannot see it. Why? Because it’s made up of tiny bits of plastic, called microplastics. These bits make the water look like a giant soup. Floating plastics trapped in the patches will keep circulating until the sun breaks them into smaller pieces, becoming harder to clean up and increasingly easier to mistake for food by sealife. The process is known as photodegradation. Therefore microplastics are reckoned for 8% of the total mass but 94% of the 1.8 (1.1–3.6) trillion pieces are still floating. For example, sea turtles often mistake plastic bags for candies, especially jellies. Oceanographers discovered that almost 70% will sink into the ocean. Something should be made to clean up what is already out there because the common initial impulse to send some ships and collect it’s not viable.

The World Economic Forum predicted that by 2050 there will be more plastic in the ocean than fish.

These accumulation zones are not how all major news presents them. They are vast and cover a large area. The GPGP (Great Pacific Garbage Patch) spans a piece of the ocean larger than France, Germany, and Spain combined. Now contains an estimated 100.000.000 kilograms of plastic. May also interfere with the ocean’s capacity to absorb and sequester carbon dioxide. Current emissions address only one percent of plastic at the ocean’s surface. Emissions from the 99 percent of plastic that lies below the ocean’s surface cannot be estimated with precision. They might release gases at an even higher rate. Who knows! Furthermore, close to 700 marine species are harmed by plastic, of which more than 100 are endangered. But the big issue is the major health risk to humans as we are at the top of the food chain if we eat species full of chemicals and plastic. Despite all impacts, the leading sources of ocean trash are 10 rivers in Asia and Africa. We know this because Maja Krass made an entire Bachelor Thesis called: “How Private Vessels Can Aid Marine Scientific Research”, in April 2020 stating that “90% of plastic polluting our oceans comes from just 10 rivers … The rivers are the Yangtze, the Indus, Hai He, Ganges, Pearl, Amur, Mekong, the Nile, and the Niger.” You would probably say what has to do with one river in the other part of the globe with Great Pacific Patch? Water and oceans are part of an interconnected system, and a piece of plastic originating in one part of the world can be transported anywhere else.

What can we do? How we protect and manage the ocean will determine our growth on this planet and how and if we have a healthy future ahead. The harms of plastic must be mitigated with controllable consumption and improved waste management. By reducing the environmental footprint in production, businesses can support ocean sustainability. It is for our generation to demonstrate the leadership and determination required to find these solutions. Entrepreneurs have a key role to play and a great responsibility to innovate and adopt practices that promote a circular economy not one that increases pollution. To choose a trajectory better for common good over a path of degradation and destruction, to decide and act and act fast. Also truly bold climate action requires all of us. Not just sharing or liking this story. It means supporting non-profits and their work. Means getting involved. And given the climate crisis, the sooner we do so, the better.

Like this organization that is trying to clean up, called The Ocean Cleanup a non-profit developing and scaling technologies for this. To achieve objectives, they work on a combination of closing the sources and cleaning up what has already accumulated. What they have done great until now? They made sunglasses from plastic they removed from the Great Pacific Garbage Patch during their operations in 2019. This is probably the most creative way we all can be involved and help rid the oceans of plastic. They estimated that with the proceeds of just one pair of sunglasses they can clean an area equivalent to 24 football fields. So the challenge is to act...

More stories from Cubedz and writers in Earth and other communities.