by Jason Ray Morton 5 months ago in Sustainability
Report Story 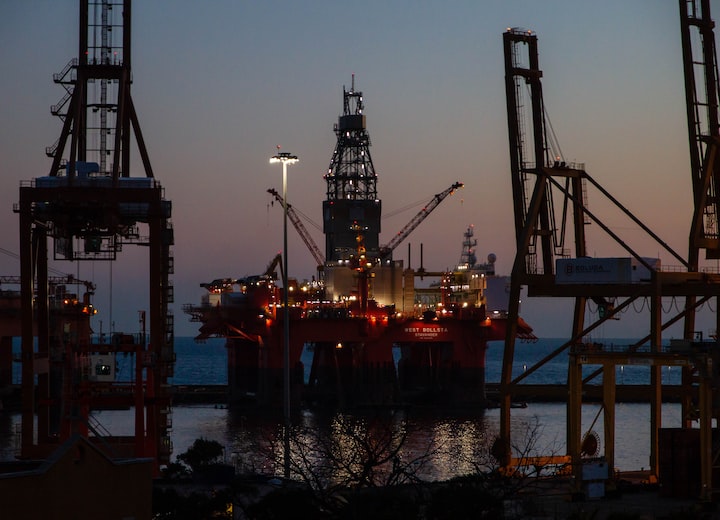 Photo by Maria Lupan on Unsplash

The same oil that we are told is in short supply is filling the oil companies bank accounts at incredible rates. Oil companies are reporting record-breaking profits.

Prices were already on the rise in the months and years leading up to the Russian invasion of Ukraine. By the time Biden had been in office for just a year, the average price of gasoline at the pump had risen a dollar, as oil companies tried to make up for the losses related to the pandemic. Factoring in damaging energy policies by the current administration, the expectation by investors that the supply would be less than the demand and prices would rise, and oil companies lowering production to increase prices and profits and we were already having it stuck to us at the pumps.

What Can You Do To Stick It Too Big Oil

As big oil sticks it to the consumers, causing prices to rise in nearly every aspect of our lives, what can we do to stick it back to them? One person can do very little.

As a large group of people, just in the United States, there’s plenty that we could do if we were to agree to work together. Consider the number of things that are derived from the oil that we use, the very same oil that goes into our vehicles. Of course, I’m speaking about plastics. However, there are many other products that come from the same crude and petroleum products that are imported into the country to fuel our lives, heat our homes, and deliver our goods.

Plastic bags, such as those used in Walmart stores, grocery stores, and convenience stores, are cheaply made, easily accessible, and derived from fossil fuels. There are some unsettling facts about single-use plastic bags that should make everyone want to cease their use, but with the prices of fossil fuels (oil) being so ridiculously high and the supply is controlled by people making record profits, we could slow down the consumption of oil by stopping the use of single-use plastics.

Here are some great facts about single-use plastics and why we should stop their use if nothing more than to free up barrels of oil for other things.

Every trip to Walmart, or most shopping centers, we drive our cars to get there, and then we use oil just to carry our goods back to our cars. It's convenient in the short term, easy when you're in a hurry, and what's offered. However, if more people used reusable shopping bags or the use of single-use plastics was banned, we'd consume a minimum of 12 million barrels less oil every year.

According to the Earth Policy Institute, Worldwide, a trillion single-use plastic bags are used each year. That's nearly 2 million each minute. The energy wasted to make 12 plastic shopping bags could fuel a car for one mile.

What other products that are consuming our oil resources do you use? Which ones are considered convenience products, the ones that you could live without?

Worldwide there are more than 100 million plastic bottles consumed per day. The plastic bottles contain toxins that have been linked to human ailments, not to mention their poison to the ecosystems in the oceans and lakes. Chemicals found in plastic water bottles have been linked to obesity, diabetes, and cancer. One such compound in the bottles, Antimony, is known to cause dizziness, depression, and even death.

While plastic bottles may be BPA-free, other chemicals in the bottles, such as Phthalates, can seep into the water and cause problems with your health.

Bottled water is costing us millions of barrels of oil per year. A person may spend $350 to $400 per year on plastic water bottle products, and the same amount of water from the tap costs less than a dollar. If you have concerns about water quality, here are examples of water products to filter the water in your tap.

Conclusion On Oil Prices And What We Can Do

There are hundreds of products that people use in their everyday lives that are directly derived from fossil fuels (petroleum and crude oil) and many of the people can make a conscientious choice to use less of, or to stop using altogether.

The next time you're going for that convenient bottle of water, remember that a reusable bottle would both save you money and make you a part of the solution. That's a solution on two fronts, the supply of oil and the environment. Being cognizant of what products you use that are derived from oil is another decision that we all need to make. Many of the chemicals we depend on for simple ailments are actually derived from fossil fuel by-products, like antihistamines.