by Taul M 5 months ago in Humanity
Report Story

Here is some information on the smallest primitive settlement in the world. 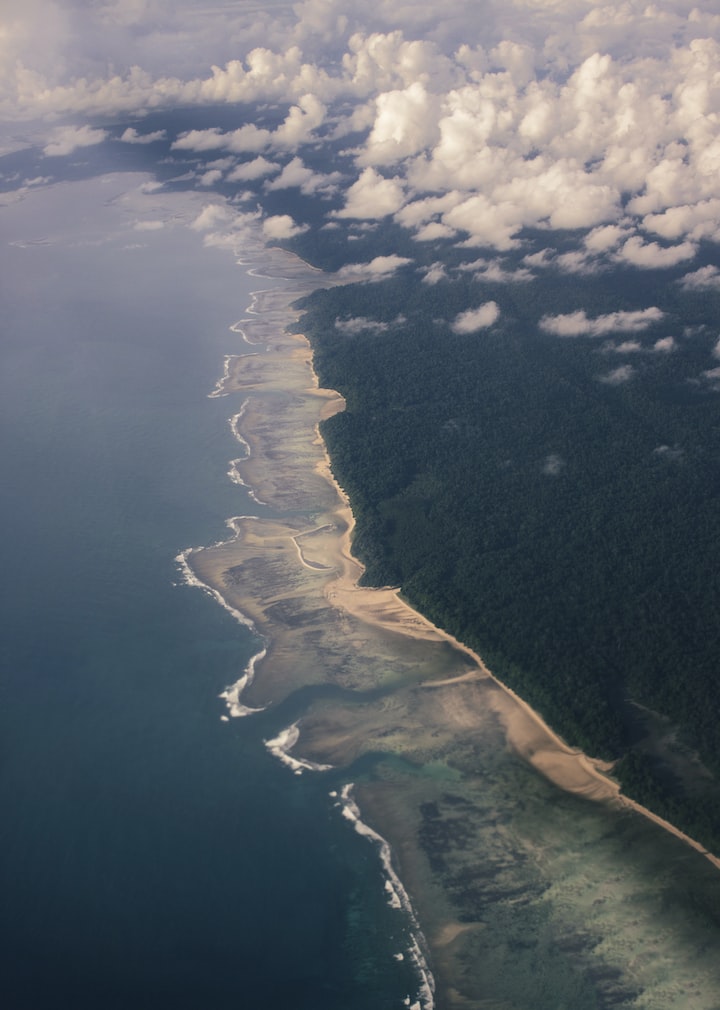 Many people know very little about a very remote and mysterious region of the world - an island known as North Sentinel Island. This island has a very interesting and fascinating geography. The island is mostly covered in tropical and subtropical moist leaf forests. These kinds of forests are home to more species than any other ecosystem in the world! Most people who study the forests believe that over half of the species on the planet live in these kinds of forests! This fact seems to be confirmed from a 2011 article from the World Wildlife Foundation called Tropical and Subtropical Moist Broadleaf Forest Ecoregions. However, when it comes specifically to the North Sentinel Island, we do not know the exact composition of the terrestrial flora and fauna on the island. An expedition to the island in the year 1880 led by the adventurer Maurice Vidal Portman reported that the environment of the island was both open & "park-like" with the massive jungle & numerous groves that were available on the island. There were groves of bulletwood trees and specimens of Malabar silk-cotton tree. Animals on the island include the Indian boar and coconut crabs and a huge diversity of bird life.

The North Sentinel Island is located in the Bay of Bengal as part of the Andaman Island, an archipelago that is part of the nation of India. The coordinates for this island are 11.557 degrees north and 92.241 degrees east. There is a travel ban on this island though, so do not expect to go there for some kind of vacation any time soon. In fact, the ban comes from a law known as the Andaman and Nicobar Islands Protection of Aboriginal Tribes Act of 1956. This law, specifically, prohibits travel to the island or any approach to the island closer than five nautical miles or 9.26 km for those who do not use the imperial system. This ban is upheld by the Indian Navy, so you will probably have to explain yourself to members of the Indian military if you decide to try and ignore this particular law. Now, the officials of India have a very good reason why they ban both members of their native population as well as foreigners from being able to visit the island the same way people tend to go visit any other destination. There is an interesting population living there that does not take too kindly to visitors of any shape or form.

The Sentinelese seem to have metal that they have scavenged to create tools and weapons and accepted aluminium cookware from National Geographic Society members in 1974 during one of the few peaceful interactions that outsiders have had with them. Some believe that even though they are classified as a stone age tribe, the Sentinelese may have knowledge of metallurgy, knowing how to take the metal that they gather to create things like metal arrowheads and adze blades. Basically, shipwrecks and other phenomenon give the people on this island metal that allows them to forge tools & devices beyond traditional Stone Age technology. A scrap dealer named M.A. Mohammad described the process the Sentinelese took when he would exchange scraps with them back in 1981:

"After two days, in the early morning when it was low tide we saw three Sentinelese canoes with about a dozen men about fifty feet away from the deck of Primrose. We were skeptical and scared and had no other solution but to bring out our supply of bananas and show it to them to attract them and minimize any chance of hostility. They took the bananas and came up on board of Primrose and were frantically looking around for smaller pieces of metal scrap......They visited us regularly at least twice or thrice in a month while we worked at the site for about 18 months....."

The Sentinelese wear some clothing like necklaces and headbands. Most men even wear waist belts with daggers and some wear the bones of deceased relatives, mainly the jawbones. However, most of them are essentially naked. They also have a language called the Sentinelese language, which is currently mostly unknown and unclassified. The Sentineli are a very interesting people that are able to survive on very little. Their little community is something that I will probably write plenty of articles about as I go deeper into the history of these people and why many believe they live the way they do...

Here is my blog for writing mostly about the history of small towns and settlements that people live in smaller than cities!

More stories from Taul M and writers in Earth and other communities.