The problems of humanity 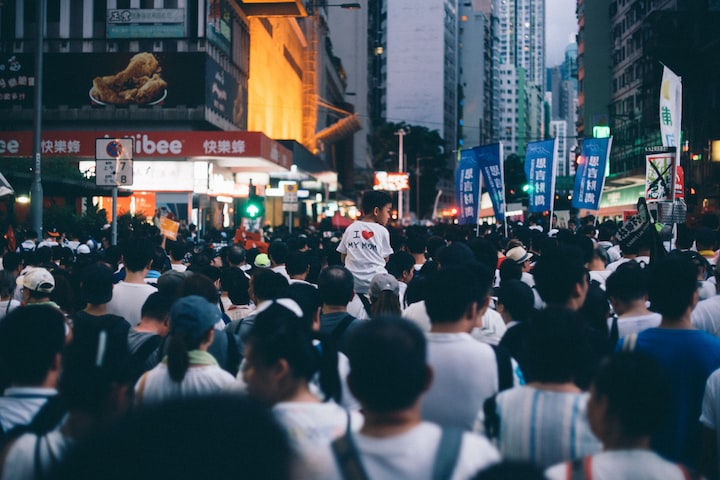 Many people believe that the future course of human society, perhaps even the survival of human society, depends on the speed and effectiveness with which the world responds to some problems. U know only a small fraction of the world's population is actively concerned about them and actively searching for solutions. These problems will affect us at many different levels. Some of them are the arms race, environmental deterioration, the growth population explosion, economic stagnation, and wars. Most people must have successfully solved the problems in a smaller area before they move their concerns to a larger one. In general the larger the space and the longer the time associated with a problem, the smaller the number of people who are actually concerned with a solution. There are many examples of a person striving with all his might to solve some immediate, local problem, only to find his efforts defeated by events occurring in a larger or global context.

Therefore the majority of the world's people are concerned with matters that affect only family or friends over a short period of time. Others look farther ahead in time or over a larger area in a city or a nation. Only a very few people have instead a global perspective. Almost every time local plans can be overturned by a national policy. A country's economic development can be thwarted by a lack of world demand for its products. So, what methods does mankind have for solving global problems? Decision-makers constantly use mental models to develop global policies. These mental models are very simple when are compared with the reality from which they are abstracted. In 1971 Professor Jay W. Forrester of the Massachusetts Institute of Technology (MIT) created a model in his book called World Dynamics. He stated that in the fixed space of the world, growth must in time give way to equilibrium. Due to limitations of the environment, we cannot all grow to the levels of industrialized countries so we must drastically recalibrate the models in a state of world equilibrium.

Furthermore, the implications of those accelerating trends and issues can go far beyond the proper domain of a pure story here on Vocal. Our purpose is to open debate and make awareness. Thus, if the present growth trends in world population, digitalization, pollution, climate change, and resource depletion continue unchanged the growth will end soon. It is possible to alter these trends with a coordinated effort to establish ecological and economic stability that is sustainable far into the future. A riddle tells us that in a pond a lily is growing. The lily plant doubles in size each day. If the lily is allowed to grow unchecked, it would completely cover the pond in 30 days destroying all other living lives from the pond. When it seems small nobody cares. On what day will people get concerned? On the twenty-ninth day, of course. So only 1 day to save the pond. This is exactly what we are doing with growth on the global level. We will get into action when is too late to save anything. Will more resource production result in more population? Does population growth cause more pollution? And so on... until in terms of growth the most revealing thing is that "The rich get richer and the poor get children."

What will be needed to sustain world economic and population growth in 2050? The new population projections indicate that nine countries will make up more than half of the global population by 2050: India, Nigeria, Pakistan, the Democratic Republic of the Congo, Ethiopia, the United Republic of Tanzania, Indonesia, Egypt, and the United States of America (in descending order of the expected increase). Around 2027, India is projected to overtake China as the world’s most populous country. By 2050, one in six people in the world will be over age 65 (16%), up from one in 11 in 2019 (9%) and more aged ones will be in Europe, Northern America, and Eastern and South-Eastern Asia. This means that migration can save some countries the need for the working-age population. Also, population growth magnifies their harmful impact on the environment. No one knows exactly how many of the world's people are living in inadequate conditions but rapid population growth makes it more difficult for low-income countries to afford the increase in public expenditures and economic growth. Above this, they lack access to the information and services needed to determine whether and when to have children.

Achieving sustainability, therefore, will depend critically on humanity’s capacity and willingness to increase resource efficiency in consumption and the equilibrium pace of population growth. To end poverty and hunger in those low-income nations they need to grow economically much faster than their populations.

More stories from Cubedz and writers in Earth and other communities.