The national game of Ireland.

by Gina Chiriac 4 months ago in short story
Report Story 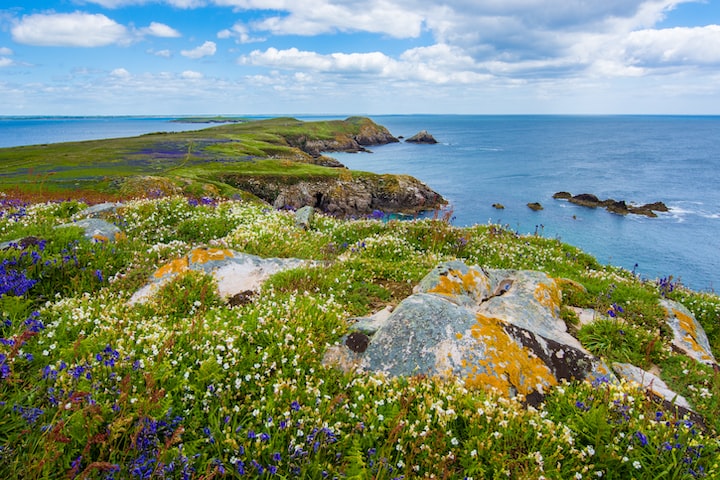 Imagine the world's fastest field game, one that you've never seen before.

Not only have I witnessed it, but I've also stood and defended myself against attackers holding sticks that clashed with my injured body, just for the excitement of it.

It's called hurling, and it's Ireland's national sport.

This game, which is played with a spherical ball that is similar in size and form to a baseball but weighs nearly twice as much as a tennis ball, is not for the faint of heart. A smack of these 'hurleys,' which are as long as golf clubs and with a striking face twice as wide as a baseball bat, can cause quite the hurt.

I should know because I've had broken bones and scars to prove it.

The game of hurling has its origins in a genuine legend. It is supported by historical evidence.

C Chulainn's story: As a five-year-old youngster, Setanta, the son of Deictre and Lugh, displayed incredible strength, dexterity, and speed.

In order to join the Red Branch Knights, he had to leave his parents. They were Setanta's uncle, King Conor Mac Neasa, and his army. Setanta, according to legend, would throw the hurling ball forward (known in Gaelic as the sliotar) and hit it a second time before it struck the ground. He outshone over 150 other lads in terms of talent and ability as he took possession of the ball from them all.

Culainn, Setanta's uncle and a blacksmith, had a feast in his home one evening. His watchdog had been untethered and had been trained to alert him to intruders. When Setanta, a seven-year-old boy, arrived, the dog became enraged.

Before the dog died, he threw the ball down the dog's neck. The sounds alarmed others at the feast, who ran to the doorway to see what had happened.

Seanta recounted his exploits and offered himself as a replacement for the dog assigned to Cullain's residence. Setanta was dubbed C Chulainn, which means Cullain's hound, because his remarkable talent had already been demonstrated.

C Chullain, the Warrior in Every Irish Hurler: From a young age, every child Irish girl and boy is fed the myth of C Chullain.

Dreams and ambitions are solidified in the minds of young people upon hearing it. The desire to play hurling develops, and for many, the battle begins soon after.

The tackles are plentiful, and the ball may go a long and rapid journey from one end to the other at over a hundred miles per hour, with two teams of fifteen battling their wits against one another in a ground not much wider than a football field.

Hurlers come in all shapes and sizes since close physical contact is permitted.

Bravery is required, as as skill that exceeds that of most sports. Players' stick work must be intelligent and slick, as the average athlete in each squad covers as much ground as a soccer player in a game and is subject to body checks akin to a rugby game.

A hurler may do whatever they want with the ball as long as they keep it alive in the air or on the ground while in control. They can, however, manage it and even carry it for a few feet. However, by doing so, you risk colliding with another player and possibly losing your team's hard-won possession.

Injury: Cruciate knee injuries, torn cartilages, broken limbs, and replaced hips are regular complaints even years later after playing. That, together with a litany of other injuries live long into old age where the wounds of old hurling warriors are laid open but still unrewarded for their feats.

That's when you're at risk of getting hurt. My hyper-flexed fingers, which I've had since I was a kid practicing the game, bend crookedly over the keyboard as I type, and recollections of bangs from the opposition's hits flash through my head.

Even years after playing, cruciate knee injuries, damaged cartilages, shattered limbs, and hip replacements are common concerns. That, along with a slew of other injuries, live on into old age, where the scars of old throwing warriors are left open but their exploits remain unrecognized.

Hurling has been played in Ireland for at least 3,000 years and is deeply engrained in the culture.

So much so that even if a professional Irish sportsman or woman succeeds in soccer, rugby, tennis, golf, or any other sport, they are not considered particularly gifted unless they have a hurling background.

Hurling is a sport that requires speed, strength, size, and technique. All of this is mingled with bravery, class, creativity, strategies, teamwork, and a sense of belonging.

More stories from Gina Chiriac and writers in Earth and other communities.