The Learning Curve at Work: Solar Energy Has Reached the "Tipping Point" for Wider Application Simply Because It is a Smart, Economic Choice Today

by David Wyld 9 months ago in Sustainability
Report Story

There are many reasons why shifting to renewable energy sources is imperative today to fight climate change. Today however, solar energy has become not just the most socially responsible choice, but the most economic one as well. 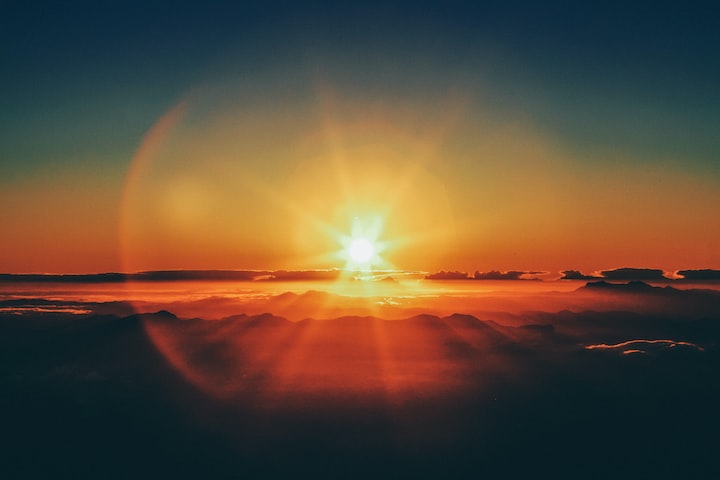 As a strategic management professor and consultant, I have had the opportunity to be in “the room where it happens” on many occasions. Through the years, I have been in the conference rooms and board meetings where corporate leaders have worked through complex issues to make decisions that were far from routine. And on a few occasions, I can safely say that I have been a part of “make or break”-level decisions, strategic choices that could well determine the future of the company and all of the people that depend on it for their livelihoods.

In the ideal world, the one that we teach in business schools, we talk about all of the competing considerations that come into play when making strategic decisions. We talk about how the decision making process is a logical, methodical one, rationally working through all of the multifaceted issues involved in important matters. We talk about how strategic decision makers, working either alone or with a group, examine their decision alternatives from a variety of perspectives, taking into account the interests of all of the organization’s stakeholders - from their shareholders, to their employees, to their customers, and beyond. The “beyond” aspect is interesting, as we talk about strategic decisions impact being far reaching from a social responsibility perspective. Indeed, the ramifications of corporate decisions can - and in many, many cases do - affect the communities in which they operate and even the planet.

Now, let me dissuade anyone who thinks that even in the biggest and best of companies, this idyllic strategic decision making process is what actually happens in most, if not almost all, instances. Most often, we fall into using heuristics - decision making shortcuts - into making even the most critical and important decisions. And yes, in Corporate America, that means that no matter how flowery and pervasive the public talk from a firm about being a socially responsible company and aiming to make the world a better place, bottom-line considerations most often (read as almost always) are the most important ones of all! And so when it comes to wanting to do well by doing good, if the option available for doing so makes economic sense for the company - and for the individuals involved in making the strategic decision - that is the sweet spot for making the decision that is the most ethical, the most socially responsible, the most environmentally conscious, etc.

This is why now, we have reached an inflection point when it comes to how companies and their leadership should view making the “right” decision when it comes to their energy choices. Certainly, the perils of climate change are well-documented and are scary in the long-term…

with the impacts of a warming planet becoming all the more real and less “off in the distance” with each passing year....

But companies and their leadership do ultimately have one overwhelming concern - that being “profit pressure.” And it is not just executives looking at their bottom-lines 3, 4, 5...10 years into the future; it is looking at the bottom-line for this year, this quarter, this month, and often, for this day! I can tell you that for all the rosey talk about doing the “right thing” and being socially responsible, when the choice for doing so is also the best economic choice, then it is far, far more likely to happen when “doing good” would not detract from - and in fact, might even enhance - the company’s bottom-line. While one can justify taking ostensibly socially responsible actions through “soft” benefits to the firm (i.e. the positive publicity and marketing possibilities that can be derived from such moves), if such a move either enhances revenues and/or actually lowers costs, executives - both making decisions as individuals and as groups - will be far, far more likely to choose the option that does the “right thing” while also adding to their profitability.

And so today, we have reached an important crossroads, where one can justify switching to using alternative energy not just because doing so helps in the battle to save the planet from the effects of CO2 emissions from fossil fuels and the resultant global warming, but because today it makes fiscal sense as well. In this article, we will explore the economics of solar energy today, detailing how electricity that comes from the sun has become not just the socially responsible choice for companies, but quite importantly, the best option from an economic perspective as well! Then, we will look at the road ahead and what this convergence of interests will mean for management of companies - both domestically and internationally and large and small alike - as we move into an increasingly alternative energy fueled future.

The Learning Curve for Solar Energy

Recently, the data analyst firm, Statista, issued an amazing report (“The Falling Cost of Renewable Energy”) with a finding that would come as a surprise to those of us who are employed outside of the solar energy industry - so basically 99% of us today! This is the fact that today, as shown in Figure 1 (The Falling Cost of Renewable Energy) below, the cost of a megawatt hour of electricity generated from the sun has today fallen below that of any other energy source other than onshore wind power! This is earthshaking, as it means that for the first time, solar energy is not just a “smart” choice for executives seeking to be socially responsible and safeguarding the planet, it is also the energy choice that will be most beneficial to the firm’s bottom-line! As can be seen below, the cost of a megawatt of electricity generated by solar energy is now far below that of our traditional energy sources. In fact, the cost per megawatt of electricity for both coal and nuclear energy has actually increased over time (due to a variety of factors, including regulatory costs).

The learning curve shows that if a task is performed over and over, then less time will be required at each iteration...Learning curves are also known as experience curves, cost curves, efficiency curves and productivity curves. These curves help demonstrate the cost per unit of output decreases over time with the increase in experience.

In a far more detailed analysis (“Why Did Renewables Become So Cheap So Fast?”), compiled by Our World in Data, the dramatic declines in solar energy costs is thoroughly and meticulously explained. The long and short of their analysis is this: The learning curve is at work in the area of solar energy. As more solar systems are manufactured and deployed, this lowers the cost of this renewable energy resource. Figure 2 (The Rapid Decline in Per Megawatt Cost of Electricity Generated by Solar Energy, 2009-2019) shows that, in fact, the cost of electricity coming from solar energy declined by 81% in the decade from 2009-2019. As can be seen in the graphic, in 2019, the cost of a megawatt of solar-generated electricity stood at $359; By 2019, that cost had declined to just $40 per megawatt - an 89% decrease! In contrast, the cost of electricity generated from coal - the most prevalent method today, both in the U.S. and globally, stayed relatively stable over the decade, while the cost of nuclear-generated power actually rose by over 20% - largely due to increased regulatory costs.

Figure 2: The Rapid Decline in Per Megawatt Cost of Electricity Generated by Solar Energy, 2009-2019

The economics of the solar energy price decline are really quite simple. As shown in Figure 3 (Price of Solar Modules - 1976-2019), there has been a steady decline in the cost of solar energy as more and more solar panels/modules have been installed over time - falling over 99% over this time frame. While government subsidies and tax credits have certainly worked to increase the presence of solar energy in the American marketplace, the truth of the matter is that such programs have simply accelerated the general trend toward solar power being more accessible to more businesses - and homeowners - as more utilization has led to a steady decrease in prices (falling in excess of 20% each time solar capacity has doubled!).

As so as can be seen in Figure 4 (Comparative Costs of Renewable vs. Non-renewable Energy Sources), solar generated electricity has become not just a cleaner, renewable source of electricity steadily over time, but one that has become economically much more viable over the years versus both fossil fuels and nuclear power.

In the end, as Max Roser, the author of the Our World in Data report put it like this:

“This (the growth of solar energy) is the virtuous cycle in action. More deployment means falling prices, which means more deployment. With solar technology it was for a long time the case that its increased deployment was made possible through government subsidies and mandates – arguably the most positive effect of these policies is that they too drove down the price of these new technologies along the learning curve. Paying for renewables at a high price point earlier allows everyone to pay less for them later.”

These are interesting times for management everywhere in regards to their energy choices. Suddenly, solar energy represents not just the socially responsible choice, but the smart, economic choice as well. And so looking forward, we should see more and more companies - both large and small alike - moving to implement solar energy projects at their facilities, regardless of any federal, state and local subsidies available for doing so. Solar energy has today reached the point where it is viable as a cost-effective energy solution that, oh by the way, also is good for the environment and helps combat climate change. And so this becomes the ultimate “win-win” situation for companies, enabling management to make a strategic choice to not just do good by choosing to implement solar energy projects, but in doing so, to make one that promotes profitability as well.

Thus, looking into the future, we should expect this “virtuous cycle” for solar energy to not just continue, but to accelerate. We will likely see more and more managerial teams come to the same, rational conclusion in regards to their energy choices, namely that solar works both for the good of the company and for the good of the environment (and yes, for society as a whole). And so the next decade or more should be an exciting time for those involved in solar energy, as the formula of increased implementations leading to lower prices for this renewable energy source should lead to a vast expansion of solar energy moving forward.

More stories from David Wyld and writers in Earth and other communities.