Spiders Are Not What They Seem

by Katherine Keyes 8 days ago in Nature
Report Story

Spiders in the house — friend or foe? 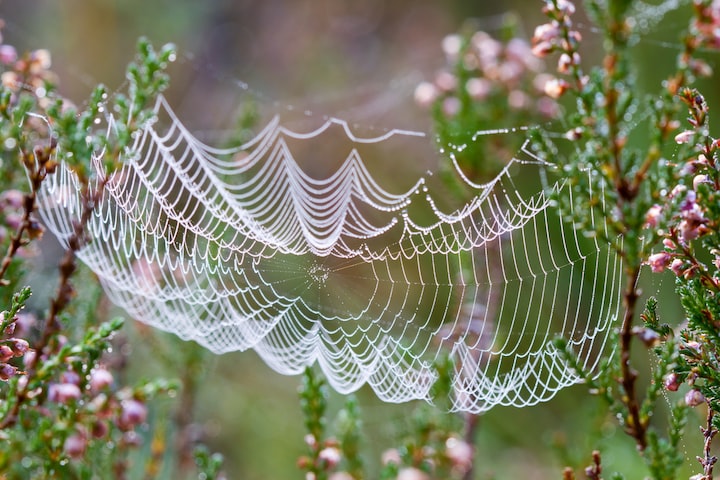 Photo by Torbjørn Helgesen on Unsplash

I luv Halloween. This year I have treated myself to reruns of the original Twin Peaks, to spook myself out a tiny bit. If you are a fan like me, you are able to recall that in many ways the core mystery of the series is this statement:

The Owls Are Not What They Seem

Twin Peaks fans have spent two decades analyzing and theorizing about the significance of this phrase. As I was watching the Twin Peak’s log lady say it out loud, I thought to myself that it was not the owls, but spiders who are not what they seem.

I have moved apartments a year ago. The apartment is on the ground floor, my balcony is almost on the street level. Living here is great, the apartment is spacious, light, very close to the city centre, yet located in greenery.

There’s just one thing that has been pestering me — spiders. Yep, the creepy little crawlies, who are sometimes not that little. They seem to take frequent residence in my apartment. The mere sight of them is enough to send chills down my spine. Due to this, I have had to perfect the technique of removing them from my home without killing them. I first cover them with a jar and then I use a stiff piece of paper that I sweep under the jar carefully, so as to trap the spider in the jar momentarily. Then I take the jar outside and empty it in a more spider-friendly area.

I do not squash them when I see them, though I always have to gather the courage to trap them. Around 55 per cent of women and 18 per cent of men experience some degree of arachnophobia or the fear of spiders. Yes, I am a woman with arachnophobia.

Lookit; I know that spiders can crawl pretty much anywhere as they have a superior ability to climb up walls, along walls and across ceilings. Which of course makes it very simple for them to pay me a visit. What I do not know yet is why they choose to visit? Are they aware that they are crossing the boundary between the outside and the inside? Do they choose to be inside, specifically? Think about it. What is the added value to the spider when they take residence in my apartment?

None of the above provides satisfactory hard evidence about why spiders choose to cohabit with me. They can find food, water, mates, and shelter outdoors. I have not been able to twist my head around this mystery. Then I have recently read this article on BBC Future about spiders and humans. Perhaps they are not that different to us, after all:

Though our evolutionary paths diverged at least 530 million years ago, we share many of the same organs and body parts — such as kneecaps — and similar brain chemicals, from dopamine to adrenaline. No one has ever studied spider emotions directly, but it’s easy to imagine that they might be more relatable than you would think.

Equally, their brains are hardly heavy on their spider shoulders (or in their legs — there sometimes isn’t room for a full brain in a spider’s head), but there’s increasing evidence that some kinds are capable of remarkably complex intellectual feats, such as planning strategic detours to trick their prey. They may also have their own unique kind of intelligence, in which they’re able to use their webs to help them think.

And if they can avoid being hunted down by hysterical humans, there are spider species that can live for decades. Why so many of us are casual-spider murderers. BBC Future

It’s clear. Spiders are smart and have been secretly scheming to get domesticated. They are actually affectionate pets in disguise. They just want to keep us company. Be nice ! Do not squash them, please.

More stories from Katherine Keyes and writers in Earth and other communities.