by Test 2 months ago in short story
Report Story 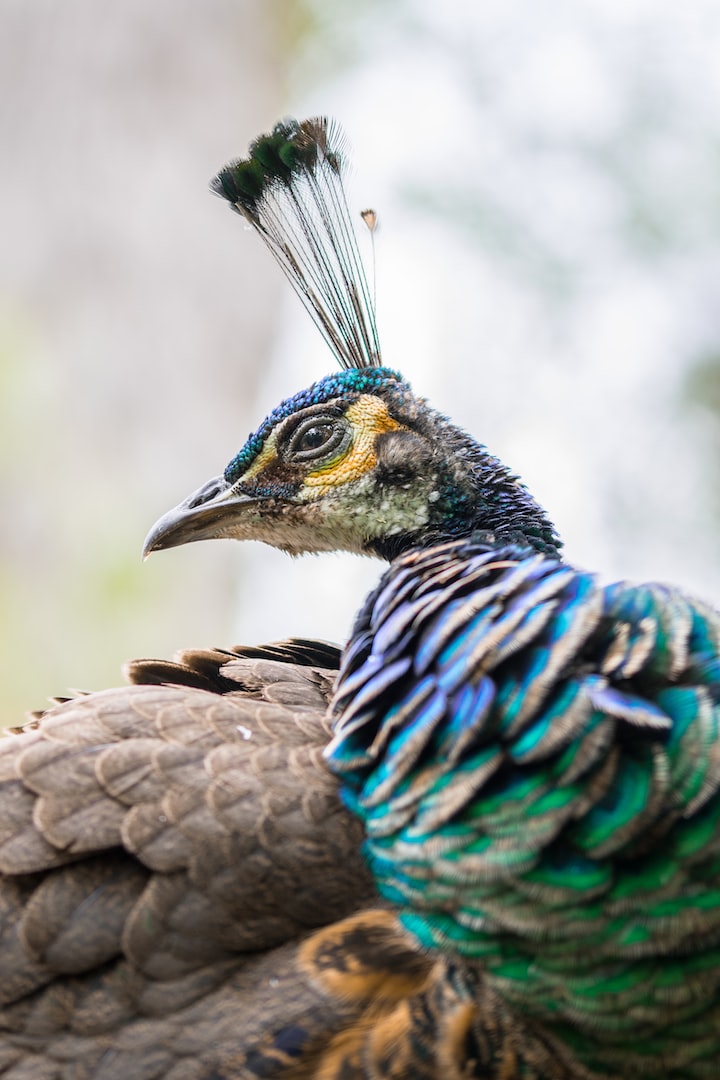 a little rabbit was living there was a little rabbit living in the jungle. One day, the grandmother called the little white rabbit and it said Little White Rabbit I am sick come and see me! The little white rabbit said yes grandma! The next day the little rabbit set out. As he walked, he saw a beautiful flower, a beautiful flower! The little rabbit thought: give it to grandma it will be very happy, so it took the flower. So he took the flower, put it in his backpack, and caught up with the road again. By now it was noon! The bunny came to a dark forest with a scary caterpillar crawling in the tree. The little rabbit knew that he had to go through the dark woods because his grandmother lived in a small house just a few steps away from the woods. By this time it was afternoon.

The growth of the little goose

The cold winter is over and spring has finally arrived. Everything is reviving, the snow and ice are melting, and the sun is shining high and bright. The little goose slept in the grass every day, waiting for his mother to bring him all kinds of delicious food, so he could enjoy himself in the sunshine.

A few weeks passed, the little goose like blowing bubbles, more and more fat, even walking can not, swim more can not swim, mother goose anxious, called all the good friends to discuss ways to see who came up with the most ideas to help the little goose.

Everyone talked about their ideas for the goose, and Auntie Chicken came up with an idea, she said: hurry up and take the goose to the hospital. So the dog and the cat carried the goose into the ambulance and went straight to the hospital.

To the hospital, the hippo doctor checked and checked, frowned. There is a way to let the goose starve for a few days, mother goose made up her mind and nodded firmly. Little goose little by little thin, Dr. Hippo let him insist on doing morning exercises, running, and other sports every day, but also told him to participate in a variety of labor.

After a period of persistent labor exercise, the little goose was discharged from the hospital, full of energy, and very strong! He learned to work, often help his good friends work, deliver the mail, and also won several firsts in sports.

Everyone praised Little Goose for growing up and becoming a real man!

Miri the puppy learns to swim

Miri is a puppy in the mountains. His mother often tells him, "Miri, you are already grown up and should learn to be independent. Miri listened to his mother and left home.

Miri's dad is a great swimming teacher, Miri left home and went to his dad to learn to swim, his dad said to learn to swim you have to hit the water hard with your hands, Miri hit hard a few times and collapsed from exhaustion, the next day dad asked Miri to get up again to practice swimming, Miri got up lazily. Today, my father wanted to teach Miri to learn breaststroke, at first Miri was very excited and learned very hard, after learning for a while Miri was so tired that he sank while swimming, his father quickly rescued him, but he still drank a few mouthfuls of water, don't choke uncomfortable.

Miri was not frightened by the difficulties and persisted in learning to swim with his father every day so after a few days Miri learned to swim. Later, with the patient teaching of his father and his efforts, Miri became a famous swimmer.

More stories from Test and writers in Earth and other communities.