Folklore has it that where there are geese, snakes run away is true? Why?

by Planas 2 months ago in Science
Report Story

The truth that snakes are afraid of goose dung 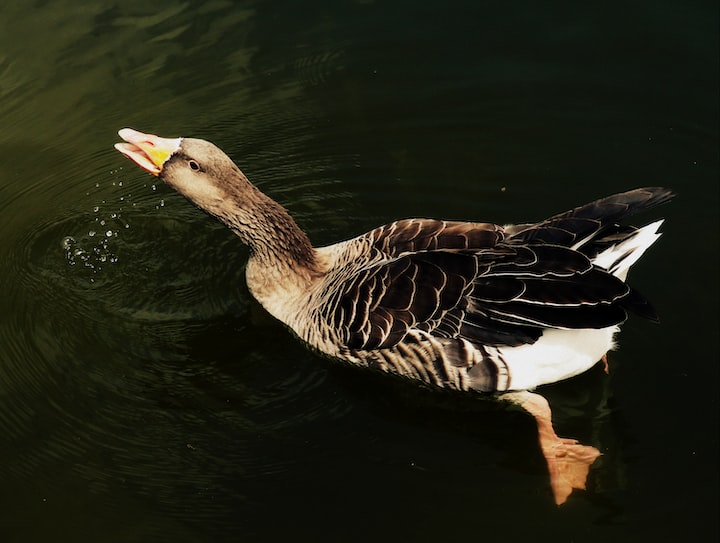 Photo by yx elle on Unsplash

Folklore generally is thousands of years of the world's wisdom passed on to the summary, its often simple form and rich in truth. There are geese where snakes run away, this is indeed true in the vast majority of situations, in line with the actual situation, for this reason, many people believe that the goose's droppings contain ingredients unfavorable to snakes, resulting in snakes fester and dying, the truth is how? Here is a brief chat

01: "Snakes are afraid of goose droppings" is this a rumor or the truth?

It is well known that snakes are afraid of irritating odors, especially chemicals. Such as alcohol, tobacco, Andrographis, sulfur, etc. Snakes are extremely sensitive to offensive odors and avoid the sour smell of vinegar. Therefore, if you find snakes at home, you can find some vinegar (specific types are not limited) and fumigate the room where you found the snake, which is very effective in repelling snakes.

We know that in rural areas, many people choose to use goose manure as a kind of fertilizer in the fields, so what does the composition of goose manure contain by and large? Will it contain irritating ingredients or gases that make snakes afraid?

Goose manure mainly contains potassium phosphate and some trace elements, of which the acidity is slightly higher, although most snakes have a good sense of smell and are afraid of acidic substances, the acidic smell in goose manure is far from repelling snakes or even harming them!

02: As the saying goes, "the grass scares the snake" - snakes are afraid of the sound of geese?

When I was a child living in the countryside partners know that the goose is a dangerous animal, and people are not particularly afraid of the dog, because they know that if not particularly close to the dog had to make protected, the rest of the time the dog will not maliciously bite people, at most is hawking, not down to bite people

But the goose is not so, the goose's sense of territory is very sensitive, and once caused by its attack, is never like the dog seems to hustle mainly, the goose will not only scream, or will really screw the mouth of the person, and by the goose wringing words, is also very painful, so in rural areas have "would rather be a dog bite, rather than the goose wringing" the saying.

So the geese scream when the place where the geese are raised, the sound of the snake heard, the snake slinking away?

The snake's sense of hearing is almost no, why to say so, because snakes do not have ears, so the "grass to scare the snake" said, by no means because the sound generated when the grass scares the snake away, the same reason, the snake will not hear the goose screaming and away!

"Scaring snakes away" can indeed drive away snakes, although not because of the sound, indeed also with the action of beating grass, because although snakes do not have ears, the sense of smell is very good, in addition, snakes have a special sense organ - cheek fossa

The buccal fossa is also known as the snake's "sixth sense". A biologist once did an experiment in which the snake's head was cut off, the nose was plugged, the eyes were blindfolded, and a lighted bulb was slowly moved toward the snake.

This experiment proved that snakes have an extremely keen ability to sense temperature. The snake's so-developed temperature perception is also dependent on the function of the buccal fossa. This is somewhat similar to the thermal imaging function of our cameras.

So when a person slowly approaches a snake, it has been detected by the snake's sense of smell and temperature senses, and because the snake is close to the ground, it also has a strong ability to perceive the slightest vibration of the ground. In short, vibration, smell, and temperature are the main ways for snakes to distinguish

"Although snakes are not sensitive to the sound of geese, they can determine whether they need to flee by perceiving the temperature of geese and the vibration of their paws.

03: Comparison of the fighting power of geese and snakes

As mentioned above, the snake can determine whether there is danger nearby by sensing the temperature of the goose and the vibration of the goose's palm.

Therefore, geese as animals raised in human settlements, both geese and humans, snakes come here, which means facing two natural enemies, and the previous paragraph also said that many times chickens can deal with 20 to 30 centimeters of non-venomous snakes, not to mention the battle than the chicken tougher than the goose!

In addition, geese are herd animals, most gather together, while snakes fight alone mostly, an ordinary snake facing a goose still has no chance of winning, let alone a snake facing a group of geese.

Of course, this only refers to the snake invasion of the goose, the goose home field combat situation, in turn, when the goose is in the wild, without the help of the flock, the shelter of humans, the face of large snakes or poisonous snakes, the situation is reversed, so the advantages and disadvantages of snakes and geese will also be interchangeable!

Folklore has it that where there are geese, snakes run away, but not because "snakes are afraid of goose dung" folklore. Although snakes do not have ears, hearing is very poor, but the sense of smell is very well developed, and snakes also have a special perception organ - the cheek fossa, cheek fossa can let the snake temperature perception is very good, so vibration, smell and temperature is the main way to distinguish snakes

Open a new world of science to you!

More stories from Planas and writers in Earth and other communities.