In conjunction with the COP26 climate talks in Glasgow, a series of mobilizations were led by young people across Asia, demanding an end to empty promises and false solutions. 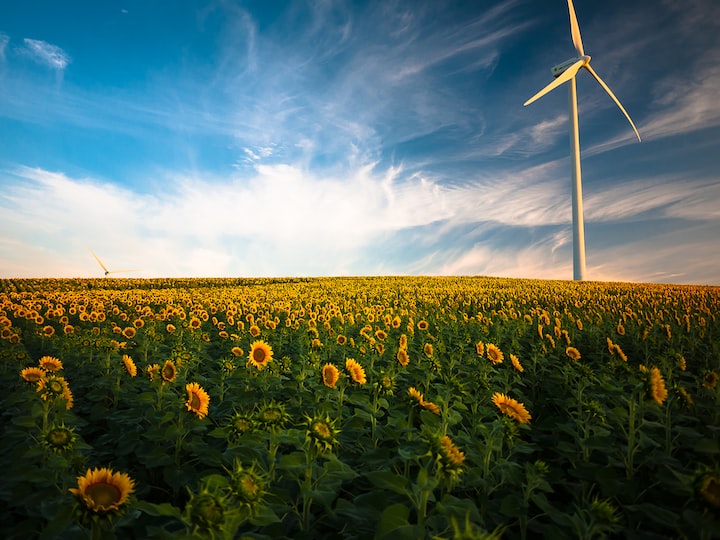 Photo by Gustavo Quepón on Unsplash

In the lead up to COP26 in the Philippines on the 27th of October, activists from 350 Pilipinas performed a traditional dragon and lion dance in front of the Chinese Embassy in Manila as a means of rallying for Asian-led leadership at the climate talks. The dance is usually performed during festive occasions and symbolizes a call for renewal — a fitting tone for the beginning of the climate talks where climate activists and civil society organizations demanded strong leadership and the signal of a new era of action from their governments.

November 6th was the Global Climate Day of Action which saw hundreds of thousands of people across the world participate in calling for a meaningful result from the COP26 negotiations.

Actions took place around the Philippines, including a rally led by KliMalaya, the Philippine counterpart of the world climate march. Volunteers from 350 Pilipinas used holograms to call for world leaders in Glasgow to take bold and ambitious climate action.

On November 11th, activists held an action outside the Australian embassy in Kuala Lumpur. Dressed as wounded koalas, they called for Australia to take more concrete action in terms of their net-zero emissions targets. Australia currently has set targets for net-zero by 2050 but refuses to commit to a 2030 goal and the phase out of coal.

On November 6th, in Indonesia, Komunitas Peduli Krisis Iklim (Concerned Community of Climate Crisis) sent an open letter to Indonesia’s President Joko Widodo demanding a just and inclusive green economy involving the transition away from fossil fuels to renewable energy and meaningful action to tackle climate change. Currently, Indonesia has committed to achieve net-zero by 2060, and remains one of the world’s top five highest emitters.

November 6th in Indonesia is also significant as it is known as Youth Pledge Day. On this occasion, with support from more than 50 organizations the call to action demonstrated the country’s youth is ready to see a change and a transition away from an economy that is overly dependent on coal.

Monica Ndoen, a spokesperson from AMAN (Aliansi Masyarakat Adat Nusantara, Indonesia Indigenous People Alliance) expressed disappointment about the outcome of the COP26 negotiations, saying “we’ve only seen and heard questionable achievements and empty promises. President Jokowi didn’t mention the role of indigineous people in tackling the climate crisis, and instead chose to talk about carbon markets and carbon pricing”.

“Deforestation is still happening and getting worse on the ground, and that’s the reality. It’s completely the opposite from the speech, and makes us wonder where all this vague data comes from? Even Forest Watch Indonesia, who supply the data, is also questioning what has been said in Glasgow.

On November 6th over 20 actions took place across Japan. Seven students from Japan’s Fridays for Future made speeches in front of Tokyo’s Shinjuku Station about Japan needing to increase its NDC commitments in order to advance climate justice. A global petition was released days earlier on November 1st calling on world leaders to take meaningful climate action at COP26.

Mitsuki Ikezawa expressed her concerns about Japan’s continuation of funding coal fired power in Bangladesh. She said “JICA and Sumitomo & Co. are going to build a new coal fired power station in Bangladesh. The country is one of the most heavily affected by climate change, and about 20,000 people have lost their livelihood by this project. It can’t be called a contribution to foreign country.”

The first strikes in Bangladesh for COP26 were held on October 24th in the Sundarbans. Subsequently, women’s rights activists from BINDU held a strike on October 30th in Satkhira, one of the most climate impacted regions of Bangladesh.

A second strike was held in Satkhira on Gender Day at COP26, and following this, organizers from Youthnet for Climate Justice held a rally in Satkhira calling on the cease of investment by the government into Liquid Natural Gas.

Fridays for Future MAPA (Most Affected Peoples and Areas) said at their demonstration outside COP26:

“COP26 has been a conference of exclusion — exclusion of the peoples who are most affected by the climate crisis, while fossil fuel representatives are given space. Today we held an action inside the venue to call out world leaders; POLLUTERS OUT, PEOPLE IN!”

During the COP26, Plan B, 350 Taiwan, Taiwan Youth Climate Coalition, and Greenpeace jointly launched a series of response activities. Of these, the highlight was on November 6–7, when the words “NET 0” and “2050 Net Zero” lit up three prominent landmarks from the North to the South: The Office of the President, Taipei 101, and Kaohsiung 85 Sky Tower.

Earlier this year, on Earth Day on April 22nd President Tsai Ing-wen of Taiwan, stated: “the world’s 2050 net-zero transition goal is also the goal of Taiwan”. During her National Day speech, she once again emphasized Taiwan’s determination to achieve a 2050 net-zero emissions target.

On November 6th, in Kuala Lumpur, Malaysia, a webinar/panel discussion and film screening was held by KLIMA Action Malaysia. The event highlighted an indigenous artwork to be sent to Glasgow, the project entitled ‘Weaving Hopes for The Future’. The weaving artwork and short film tells the story of Indigenous women’s resilience and the extent of loss and damages experienced due to climate impacts. All the panelists were indigenous women who have been advocating rights for Orang Asli in Malaysia, and this is the first participation from Indigenous People from the Malaysian peninsula in a UNFCCC COP.

More stories from Viona Aminda and writers in Earth and other communities.