by John Anderson about a month ago in investigation

Far from curbing traffic, confinement offered an unprecedented boost to transactions on the net. 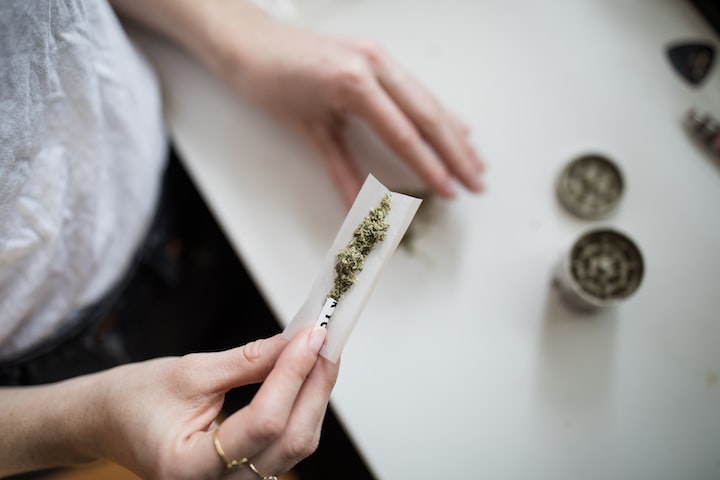 During the confinement, many people deceived their boredom on the darknet: a boon for the drug traffickers, who are entering a particularly prosperous period. The arrival on the internet of new sellers, combined with the involuntary effort of delivery services, made this boom possible after a few difficult years.

Cannabis, MDMA, cocaine, and mephedrone are the most sought after substances today. “The drug market on the darknet is experiencing a golden age, says Dark.fail, a researcher specializing in the subject. Blocked at home, people took the opportunity to explore Tor [a portal to the dark web, editor's note] and buy drugs. ”

It is one of the famous shops of the net interlope, Empire, which benefits the most from this boom. Highlighting good deals during containment, the platform has managed to increase sales and record excellent opinions, both on delivery and on product quality.

Sixgill, an Israeli cyberintelligence company, estimated the volume of orders placed on the site based on comments left by Internet users. As of December 23, 2019, there was an average of 97,616 daily notices, compared to 311,157 as of March 23, 2020: Empire's activity would, therefore, have more than tripled in the first quarter of 2020.

Unaffected by the crisis

In the UK, drug trafficking has received an involuntary boost from the Royal Mail group. Recruiting massively to cope with the lack of staff during the health crisis, the postal operator allowed deliveries to be continued without too much hassle. "The delivery times were very long at the start, says Rudi, a consumer, but they quickly returned to normal."

Catherine De Bolle, Director of Europol, confirms that this is not an isolated case: “The pandemic has had a considerable impact on our lives and has slowed down our economies. However, these illegal markets continue to generate very large profits [...].

Capable of withstanding a recession, and even managing exceptional peaks inactivity, the drug trade is not about to surrender.

Consumption is exploding in the city and the potential profits from the sale are so great that they attract traffickers from all over the world.

The figures are unequivocal: the Australian cocaine market has exploded in recent years, and it is in Sydney that the phenomenon is most visible.

The latest results from wastewater analysis across the country by the Australian Criminal Intelligence Commission show that domestic cocaine use increased by more than 50% between 2016 and 2019. The State of New Wales South, whose capital is Sydney, is said to be the epicenter with more than half of national consumption on its soil.

As the Sydney Morning Herald reports, residents of Sydney are said to use twice as much cocaine as those of Melbourne and Brisbane, making the city Australia's true capital of the substance.

This increase in consumption does nothing good for the people who live in Sydney, where certain districts are the scene of incidents due to traffic. In Woollahra, for example, a suburb east of the metropolis, the number of incidents involving cocaine has increased on average by 98.8% each year for the past two years, adds the Australian newspaper.

Who says illegal drugs, also says arrests and seizures. In Sydney, cases abound, and recently 200 kg were seized s in the suburbs of the city.

The significant presence of this drug in Australia is explained by the increased interest of traffickers in South America for the country. And for good reason: the profits from the sale of cocaine are staggering compared to, for example, the United States.

As Vice reports, a kilogram of cocaine in the United States would be worth around 50,000 dollars, compared to 230,000 in Australia. At around 266 dollars per gram, the streets of Sydney look like a real El Dorado for cocaine dealers, who are ready to cross the Pacific Ocean to do business.

Land routes between Mexico and the United States are becoming riskier, sea crossings take place. In 2017, for example, a yacht en route to New South Wales was arrested with 1.4 tonnes of cocaine on board, reports the American media.

The sellers of South America would not be the only ones eyeing this trade of the antipodes. Traffickers from Quebec, where the kilo of cocaine is six times cheaper, would also export massive quantities of drugs to the country of Oceania.

An event could reinforce this trend: the coronavirus. With the health crisis, cartels are struggling to sell via their traditional channels, in particular, due to the closure of borders. The number of foreclosures has dropped in the United States, and drug traffickers seem to be resolving to use the waterways more. The attraction of selling cocaine at much higher prices across the Pacific could accentuate the phenomenon.