by CM 7 months ago in innocence 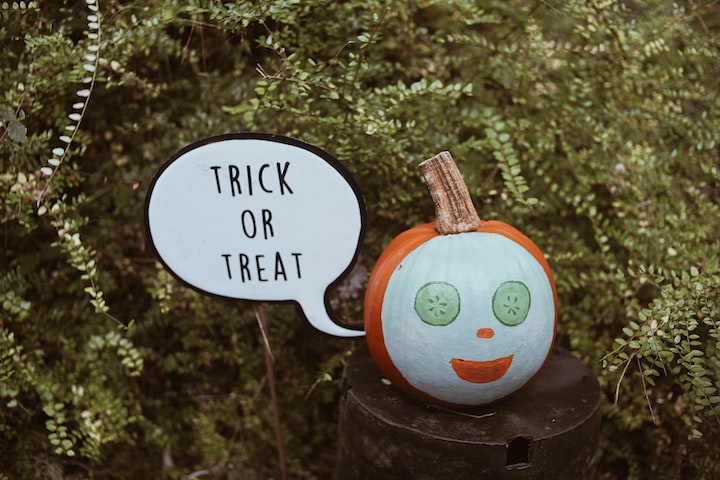 Photo by Karly Jones on Unsplash

‘Tis the season for pumpkin spice, fall foliage, and of course, Halloween, a holiday complete with traditions such as trick-or-treating, dressing up in costume, and who can forget, pranking unsuspecting friends, family, and strangers in exchange for a few laughs?

In 2012, a North Carolina family hung a dummy from their second-story roof so that it appeared as if a person had fallen while cleaning the gutters and hung on to the edge for dear life. The dummy wore a pair of blue jeans, tennis shoes, and a sweater.

A neighbor spotted the dummy hanging from the roof and called the local fire department. Once the fire department set up in front of the home with a ladder extended, the family knew what had happened.

“Hang on! Help is here!” the firemen shouted from the lawn.

A Lansing, Michigan man thought dressing as an armed robber to attend a friend’s Halloween party would be the hit of the party. He wore a skull mask, bulletproof vest, and held a fake M16 assault rifle. After a fun-filled night with a few drinks involved, the man decided to sober up with a piping hot cup of Starbucks coffee.

Walking home, he stopped by the local Starbucks for his latte, but wearing his mask caused an uproar. Customers screamed, the barista fell to the floor and the cashier fearfully raised her hands in the air. Store employees triggered the alarm.

The man himself was startled and explained that he had attended the party and “forgot” he was dressed like a robber before stopping in the store. He showed the officer money in his wallet to pay for coffee, that the gun was fake, and they let him go home after confiscating the fake weapon and costume.

In October 2010, James McRae, an Alabama firefighter, drove past his house and caught four teenagers toilet-papering his house. McRae did not think the teens were there only to TP the house. He suspected they wanted to rob his home.

The teens jumped in the car and drove off, however. Nonetheless, McRae followed suit. He called 911 as he attempted to get the license plate number from their vehicle.

McRae lost control of his truck and crashed into a fence. He was not wearing a seatbelt. The impact ejected him from the truck and he died instantly.

A teacher at Taunton High School in Massachusetts pulled a prank that resulted in a lawsuit against the school.

A teacher thought he could really get students into the Halloween spirit if he brought a real chainsaw to school and, in Jason Vorhees-style, switched it on and burst inside his classroom of 15-year-old high school students.

Oh, and he wore a ski mask while he did it.

Kids screamed and ran in fear, with one student breaking his leg as he jumped over a desk. The parents of this child were among those who won $100,000 in the lawsuit.

Thanks for reading and as always, for your continued support. I appreciate you!