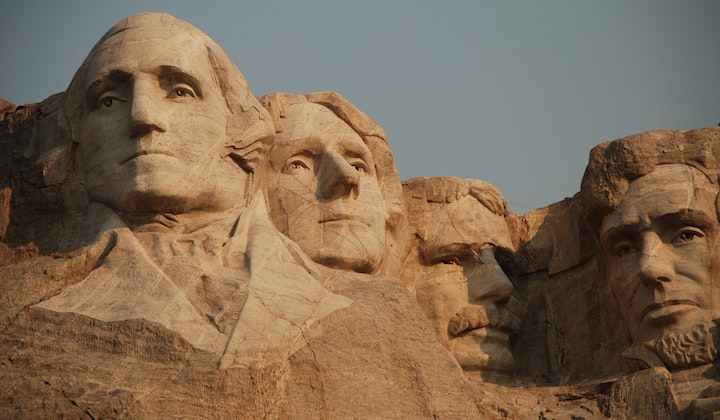 Photo by Ronda Darby on Unsplash

They wouldn't even say it when they were angry, kicking down doors, zip-tying cold wrists, trying to control.

I would never say it either. I wouldn't want to accidentally widen my own human perspective.

I would feel an uncomfortable pressure, a bored ignorance about a list of the dead. Why do you want me to say these names so badly? Everyone who's dead has died, I'm not keeping record. It's not my responsibility as another futile human.

Generations of ancient scribes recorded genealogies leading up to the birth of Jesus -- unimportant and unnecessary. Everyone always skims over those parts. A bad read, devoid of preserved cultures and destinies, you say. Nothing to see here. Must've been a clerical error for them to leave it in there.

I don't know anybody.

Erin (a fictionalized name) sticks around in my head, for a cycle that will last five years. I mispronounce everyone's name as this one default until it doesn't hurt anymore, awaiting something bad to happen where I'll have replaced it with a new name that should haunt even worse for five years.

I am so unpresent. I don't understand what it means to look at someone and to say their name. It's never flowed naturally off my tongue in casual conversation. Unless it's too late, I'll have to tell myself many times what your name is if I'm going to say it.

It's annoying to have to make a conscious decision, isn't it? It's almost a gamble, even.

You are just a face to me. All I know is Mom, Dad, God Please, Dude, Erin (a fictionalized name).

But in a turn of events, I decide to gamble. To see what it's like if you're more than a face. If you're a human, what's that like? Will it even work? You are so far. I am so unpresent.

I tell myself her name. I say it both aloud and in my mind this time. I give it a good conscious go.

They appear on me, the faces that said this name and knew what it meant.

I say her name now, and it bypasses the faceless unregulated emotion of the police officer. I say it again and it sounds like her mother's. I'm the pastor that baptized her, ready to consciously say five other names later that day for the same purpose. I'm her friend, long ago calling her name through the school halls after the day's final bell. I'm the dog across the street who hears her name all the time, I know her smell. I'm the tree that some fear mongrels wrapped a rope around, with no choice but to solemnly sing her name into the wind. I'm the defendant's lawyer and I'm sick of this name. I'm the prosecution and I am the power that it holds.

Here lies another list of names. Don't bother reading that, it's not worth the gamble.

Just a list of people, of circumstances, entirely irrelevant to each other and to you and to me. I will never know those people. I'm just another human perspective, why bother?

You are so unpresent. You will never say her name and you will never know these people. You only get an uncomfortable annoyed feeling, a peer pressure from your enemies. Yuck, enough of the name and the telling to say it, you say if they are your enemies. You can simply respect something that you don't understand by not thinking about it, that's how you work. Everybody's different, you say.

But no. Every one is exactly the same. Every one needs belonging. A name is given to each human. You say a few names with your family every day. You belong, they belong. You call up a friend and say Hey Connor (a fictionalized name). It flows so naturally from your tongue, now. Your tongue has taken form to the name Connor. It's immune to time, trapped in Connor.

You are so unpresent. You've let your tongue reject her name, to be so narrow minded for Connor only. When Connor's a goner, will it not be your responsibility as a human to learn to be present again? To give your tongue the purpose of belonging? This is what Connor would want, now that he knows the great oblivion, in his newfound sense of camaraderie.

Each tongue has a community. Sometimes the tongue's grand purpose is to be one of many human tongues, all presently perceiving together.

Connor is her. You are Connor. Jesus is Erin. I am the cop. I am you. Erin is Connor. I am her. You are me. She is Jesus. You are her.

We all belong, a curious gamble in your mouth to widen your human perspective.

Put a new name on your tongue, in the name of progress, to lift up something that's always needed lifting.

All life is important, you say.

But why do you fail to categorize her as part of all life?

Don't discard people as mere biomaterial for not taking the shape of your tongue's brittle perspective.

Your duty as a human.

A tongue tastes the present and carves the future.

Don't you want a balanced belonging for the true all?

You hold your Connor in such high regards.

You consider Connor as much more than a statistic.

For her sake and your own,

You deserve the power of progress.

More stories from Grayden McIntyre and writers in Criminal and other communities.