You Can Only Move Forward 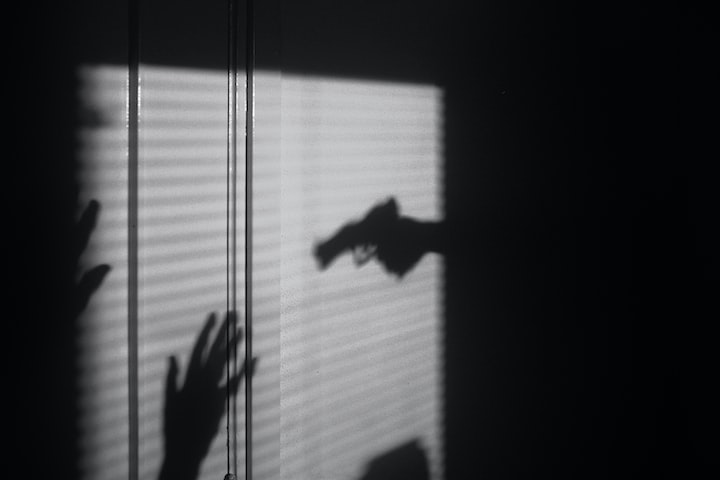 11:00 p.m. It was like any other day at home just hanging out in our new apartment. Rico and the boys had left five hours earlier. I took a shower and then watched Revenge until it was time to go pick Chris up from work. When I got a call from one of the guys Rico hangs out with. Normally I would have gotten suspicious of the fact that Rico himself didn’t call me; but for some reason, it didn’t click in my head at that moment. They said that they were bringing me back my car, and they’d be at the apartment in about 5 minutes. When the phone hung up I had questions running through my head. My first question was why they had my car, to begin with.

11:50 p.m. I got this bad feeling in my gut so I called Rico. No answer. I call him two more times. No answer. I thought this was a little odd, my first thought when Rico doesn’t answer his phone is he’s asleep. So I didn’t put too much thought into it. Thinking back I should have, given the fact that his friends were on their way to the apartment. I quickly got dressed, it was freezing and that night it was raining. I wore; a black T-shirt with slits, in the shape of a heart, on the back, a black winter coat that looked like a leather jacket made out of cotton, dark-colored jeans, and all-black converses.

12:00 a.m. I heard a honk outside signaling for someone's attention. I peeked through the big window in the dining room, but there was a huge tree in the way. So, I walked over and cracked open the door enough to see who it was, it was Rico’s friends with my car. I noticed from the third floor that Rico wasn’t with them. My heart dropped. I don’t know what I thought happened to him. I was trying not to fear the worst. [I will admit I always fear the worst which is always death. I live in a world where you never know when someone's last day with you is.] I locked the door and ran down the stairs towards the car. As I walk around the car I give them both the death stare. I opened the driver's side and hopped in. I ask aloud in an angry, worried, annoyed voice, “Where’s Rico?” They stare ahead not acknowledging me. Frustrated, I started driving. My stomach was turning, my throat was in a knot, and my heart was pounding. I was trying not to panic, but I didn’t know what was going on.

12:45 a.m. We approach Burger King and there are cops everywhere. The police lights flashing red, white, and blue into the car as we got closer. The big white searchlight beaming into the woods, dogs sniffing and barking to their human coworkers. They had helicopters out, the K-9 unit out, as well as the criminal investigation team out. Now I was really worried. I pulled into the parking lot and parked. I got out of the car heart pounding in my ears. Walking over to the lady cop that was guarding the entrance, I can hear her colleagues over the walkie-talkie that was clipped to her bullet-proof vest. I asked her what was going on and she said they were doing a criminal investigation because someone had robbed the restaurant. She asked me why I was there so late. I explained to her that I pick up my roommate at this time because he works the late shift. She asked what my roommate's name was. I replied Chris Ponder. She told me that he was getting interrogated and it was going to be a while. I told her that I was going to go to my friend’s house since it was cold and raining. My car doesn’t have heat so I didn’t want to sit out there and freeze; that and I felt like I couldn’t breathe.

1:00 a.m. She released us and we drove to my friend’s house. I called Rico’s phone three more times. Straight to voicemail. As we were getting out of the car the cops rolled up to her house. They asked us how long we had been there and why we were there this late. They proceeded to ask if Rico’s older brother lived there. I was puzzled. Then it clicked in my head that they think he was the one who robbed Burger King. Given his criminal history, it made sense. The cops went and knocked on the door. Amy came to the door rubbing her eyes, trying to wake herself up. The officer asked for Pedro (Rico’s brother). Pedro shuffled over to the door like a mummy rising from its slumber.

1:35 a.m. As the officer asked Pedro questions Amy came over to me and asked me what was going on I told her how someone robbed the Burger king and they are thinking Pedro did it. While Amy was talking I heard another officer speaking over the radio saying that they had caught the perpetrator. I waited to hear a name, I was highly confused because Pedro was standing right here which means it couldn’t be him. The voice spoke the name Rico Salvatore, my heart dropped. I felt as if the wind had gotten knocked out of me. I felt dead. I couldn’t cry. I was in shock.

1:50 a.m. The cops got done talking to Pedro and let us go. We headed back to Burger King to see if they were done with Chris. When we pulled up and parked another police car pulled up with Rico in the back seat. I got out of the car, my first instinct was to run towards him; but I was stuck. When they took him out of the car I felt an intense pain in my heart. I was extremely confused. I thought they had the wrong person. My world had literally stopped, I could hear Make it Home by August Alsina playing in my head. It just made the moment burn so much more.

2:15 a.m. A very handsome and polite officer walked over to me because I was in tears. He put a hand on my shoulder to try and comfort me. He asked me what my name was and my relation to Rico. Then he asked if it was ok if they searched my car that they’d be looking for the gun and money. I told him that was fine and signed the form. They searched my car while I talked to the officer. He told me he talked to Rico and that he doesn’t seem like a person who would do this type of thing. I told him that he really isn’t the type of person to do this. I asked him if I could talk to him and he kindly said yes. He walked me over to the car and had the other officers roll his window down. Looking into his eyes I couldn’t help but cry and he told me that he’s sorry and he loves me. I couldn’t talk; it was like all the words were trapped inside. I managed to say I love you through all the tears, and I walked away because I couldn’t stop crying.

2:47 a.m. I walked toward the street and called my best friend Mark. He answers, crying I frantically start rambling about what happened.

He responds, “What?” in a tired confused voice.

I blurt out, “Rico got arrested!”

Mark exclaimed, “What!” in a shocked worried tone. He tells me to calm down and asks what he got arrested for. As I start to explain what was going on my phone dies in the middle of my sentence. I felt like I was in a very bad dream that I couldn’t wake from.

3:00 a.m. I tried to calm down as I walked back to the car. I asked the polite officer if they were done with Chris because I had to go to school in the morning. He radioed over to Walgreen’s where Chris was being held and they sent him over. When Chris got in the car we sat there for a minute bombarding him with questions. He didn’t say anything. He was frozen in shock.

3:45 a.m. We headed back to the apartment and a heavy silence weighed down on the ride home. I felt like I got hit by a truck. When we got into the apartment I wanted nothing more but to sleep and forget about this night, but all I could do was cry. My heart was pounding and I felt sick to my stomach. The whole night I just tried to figure out what the heck had just happened. My mind couldn’t wrap around it. It was as if I had stepped into a movie.

I relive this night every time I drive down that street, every time I see a Burger King; and all the feelings I felt that night; the fear, the anger, the worry, the depression, all come flooding back to me. There will always be the bad days where I don’t want to wake up in the morning, because sleeping is a sweet brief relief; and good days that I know I have to stay on my grind. Overall it is an event that is engraved into my mind; but it doesn’t stop me from working hard, staying strong, and moving forward.

💕 All tips help fund the creativity so I can share it with you! 💕