by Charles Shi 5 days ago in investigation 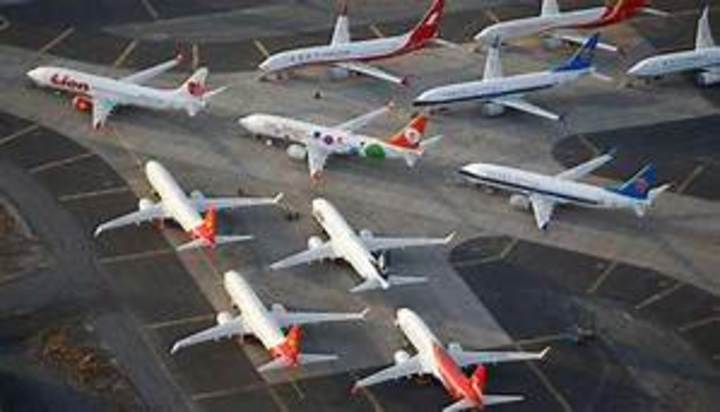 When this US aviation whistleblower took the risk of job security and even life and did my first Moog internal reporting to Global Supply Chain Director K. Walek on 7th August,2015. Mr Walek took it very seriously.He and VP of Moog Aircraft Quality J, Mangual ordered Ms C, Stazark to investigate the suspected counterfeiting supplier Suzhou New Hongji(NHJ) in 3 weeks. However the job was badly mishandled.

The Supplier Development Engineer responsible for NHJ who was with Ms Starzak during her investigations gathered material information that NHJ own quality personnel admitted forging traceability documentation of traveler for a single point of failure blocking of B737 spoiler (The very safety critical part I focused throughout my whistleblowing process). 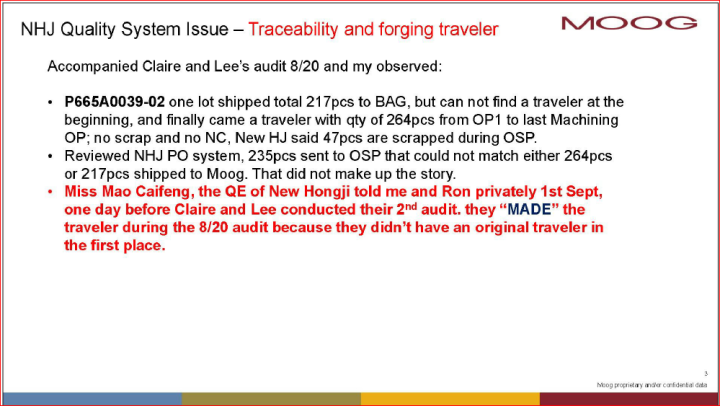 It was unfortunate Ms Starzak refused to deep investigate the forgery that could simply lead to finding of NHJ using fake material for that safety critical part.

It was more unfortunate FAA investigator accepted Moog deceit and covered up the most serious violation of US aviation standard.

On 9th April,2015, I communicated with Mr. R. Fortune, the FAA investigator:

"On page 3,it says "Accompanied Claire and Lee’s audit 8/20 and my observed:

P665A0039-02 one lot shipped total 217pcs to BAG, but can not find a traveler at the beginning, and finally came a traveler with qty of 264pcs from OP1 to last Machining OP; no scrap and no NC, New HJ said 47pcs are scrapped during OSP.

Reviewed NHJ PO system, 235pcs sent to OSP that could not match either 264pcs or 217pcs shipped to Moog. That did not make up the story.

Miss M. Caifeng, the QE of New Hongji told me privately 1st Sept, one day before Claire and Lee conducted their 2nd audit. they MADE” the traveler during the 8/21 audit because they didn’t have an original traveler in place."

Mr. Shao and I shared the file "NHJ major issue summary" with Subu,the direct boss of Claire,I also phoned Subu on our concerns Claire was mishandling the investigation. Subu then set up a conference call including himself, Claire,L. Morris(Claire boyfriend,Moog AG Asia supply chain manager reporting to J. Zou),Mr. Shao and me. In the meeting, Claire pretended not to be aware Mr. Shao told her NHJ admitted they forged the traveler only because they knew the investigation was coming. Mr. Shao then said clearly and loudly "Do you remember I phoned you about this on your way to NHJ the 2nd investigation visit?" She became silent upon hearing this statement." 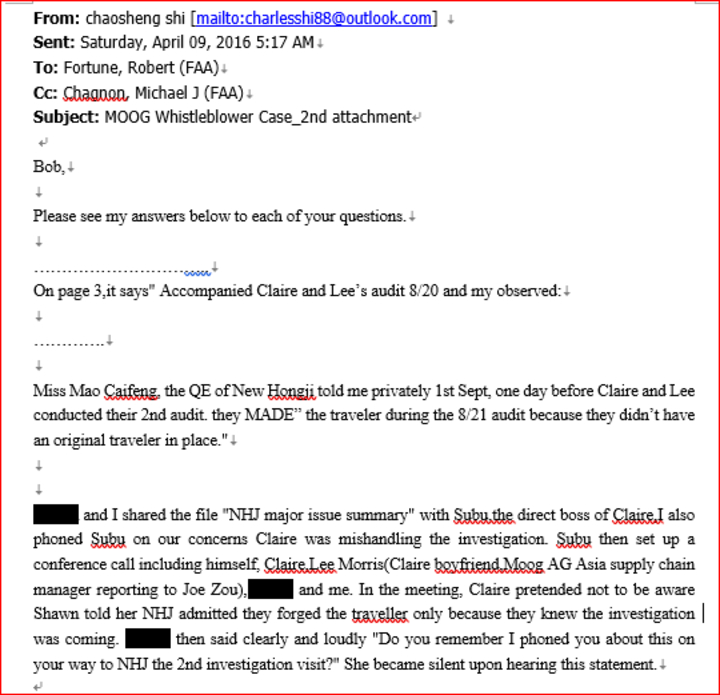 Even under this circumstances, FAA reached a No violation verdict by accepting Moog willful deceit. 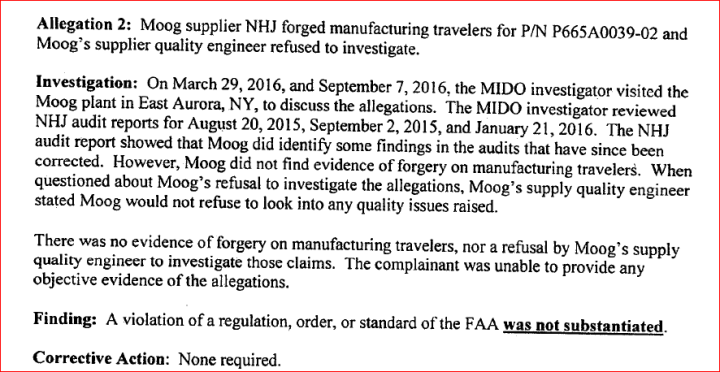 NHJ has been the single source for that SPOF blocking of B737 spoiler since 2015 compromising at least 500 B737 now in service. Moog cracking spoiler block had caused life threatening air incidents.

Moog was fraudulent and trying to conceal the safety threat on the Icelandair Incident that aroused flying public outcry.

"Well, now they have an "in-flight" incident... Surely the part-manufacturer (Moog) is responsible for their product and for flagging potential failures... I have to ask: "what were these people thinking of?" — just because it never happened before, doesn't mean it won't ever happen. I just hope some changes are made to the relevant "processes" so as to prevent this happening again. Otherwise, the outcome might be much worse next time."

The Icelandair flight Incident was caused mainly by one cracking block which most likely used good aerospace material testifying even aerospace grade of material could crack during extreme air flow impact.

Not just one, all 10 blocks on each B737 could fail same time... more fatal accidents are just looming in.

And we are talking about 500 B737 with bogus spoiler blocks flying with hundreds of thousands of Russian-Roullete-playing passengers around the world every day.

See all posts by Charles Shi →