Family Murder Next Door: An Affair That Led To The Brutal Murder Of Innocent Lives

by Mary Holman 8 months ago in guilty
Report Story

We all know that affairs happen day in and day out. As disgraceful as they are, they have been happening for decades and decades of years. Still, l mean what kind of an affair would compel a man to brutally murder his pregnant wife, who is carrying his son to carry on his last name in the future and his two beautiful girls. 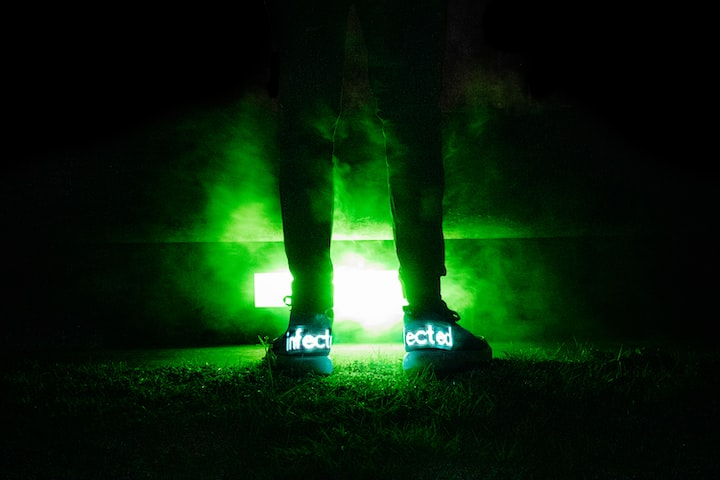 The brutal and calculated murders of the Watts family occurred in Frederick, Colorado, during the early morning hours of August 13, 2018.

While away on a business trip, Shannan could tell that something was off with her husband. He wouldn’t text or check up on her as much as he used to and was distancing himself, but l guess like any wife willing to fight for your marriage, you tend to ignore such small things .l mean every marriage goes through a rough patch at one point.

Sadly, shortly after her return, they got into a hit argument, and in that fight, Chris felt like it was the right time to come clean with his affair, so he confessed to her and told her it was over between them and wanted a divorce. I don’t know how far true it is, but according to Chris Watts, this didn’t go down well with Shannan, and she threatened him that he would never see his kids again. As a result of that statement, he strangled her to death.

On his popular show, one of the Rzuceks’ legal advisors, Steven Lambert, the lawyer representing Shanann Watts’s family, said to Dr Phillip C. McGraw that Watts told examiners that his little girls didn’t see him execute their mom. However, Bella had walked into the room after he choked her and was wrapping her with a sheet and asked, “What are you doing to mummy? According to Mr Lambert, the four-year-old Bella, who was said to be way ahead of her peers”, knew that something was up”, but Watts told her that Shannan was unwell.

Second Part Of The Plan

The sick and twisted father then bundled his wife’s body into the boot of their family car, put his two innocent little girls in the backseat and belted them in. He then drove 45 minutes to the property of Anadarko Petroleum-a oil field site -where he worked to carry out the second part of his outrages and sickening plan. This clearly shows that it was something that he had calculated and planned for a very long time.

It is said that on the way, Bella had pleaded with her cold-blooded and ruthless father to take their mother to the hospital since he had told them that Shannan was unwell, but l guess her plea fell on deaf ears.

Murder Of The Little Girls

Upon arriving at the oil field, he smothered Celeste with her favourite blanket that she was carrying and dropped her in an oil tank as poor Bella unbuckled herself from the vehicle and watched. The poor girl then begged her father not to kill her before trying to run away. “There was a battle from Bella. … There were signs that she battled for her life,” Lambert said. After he executed Bella, he buried his wife in a shallow grave and disposed of the little girls two bodies in an oil tanker, then returned home and reported all three of them missing.

The most unbelievable thing is that he even gave interviews to the press pleading for his family to come back home and to claim that he did not know their whereabouts. What kind of a twisted and sick mind was this guy. l mean, how can you stand there and put on a show when you have failed dismally as a father and a husband to do your role-that is, protect your family by any means necessary. He even had the guts to send her text messages asking where she was when deep down he knew he had killed her.

Thankfully he failed the polygraph test and pleaded guilty. At that point, he claimed that he killed Shannan in the act of anger after he found her strangling Celeste on the baby monitor and Bella dead in her bed already. The reason being that she was not taking the separation well. However, local police and the FBI did not believe his story; it was nonsense anyway and charged him with three counts of first-degree murder. He was sentenced to five life sentences without the possibility of parole.

While behind bars, he wrote horrifying letters and detailed how and why he killed his family. He spoke about his obsession and love affair with Nichol Kessinger, who had no idea about his sick plan and believed that he was a divorcee already and was unaware that Shannan was pregnant.

When she found out what Watts had done, she told the police everything she knew about her lover. I can’t even imagine what was thoughts were going through her head, knowing that she is now caught up in this brutal and disgraceful act. Following her testimony, Nichol was placed in the witness protection act, and it is believed that she changed her identity.

You can watch the full story on Netflix. May their Souls continue resting in peace.

Hie and welcome. My name is Mary. l am a writer, wife, student and pizza chef🍕😛.l write about True life crimes past and presents and sometimes about personal experiences as a victim and survivor of GBV. Hope you will love my writing.

More stories from Mary Holman and writers in Criminal and other communities.