by CM 8 months ago in guilty
Report Story 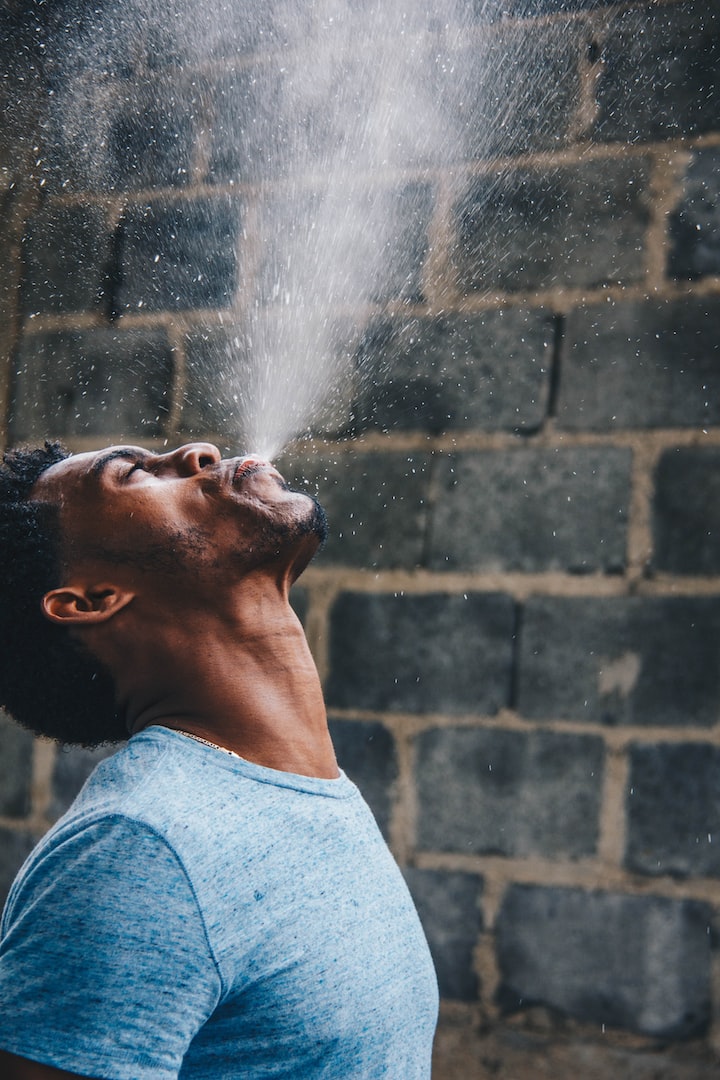 Photo by Asael Peña on Unsplash

Nothing is more disgusting than projecting bodily fluids from your mouth (or other openings) onto another person.

Somehow, most of the victims on this list of bodily fluids criminals contained their anger and did the right thing by letting the police handle the matter. Salute them all because I could never.

Marilyn Manson Gets a Little Snotty

Marilyn Manson made a name for himself in the shock rock world by daring to be different. That he did well. From admitting that he and Trent Reznor date-raped a woman to blowing snot at a camera woman, the singer has never shied away from doing whatever the fuck he wants.

In May 2021, a New Hampshire camera woman filed charges against Manson, real name Brian Warner, claiming that while filming a 2019 show, the shock rocker bent over the stage and “blew snot” in her direction.

Manson turned himself into the LAPD in August.

In no way am I defending M. Manson for this (NASTY) but, I AM saying it's a good thing the camerawoman never attended a GG Allin show!

Not the Best Cure for Vomit

In Sept. 2018, Uber driver Shaunisha Danielle Brown stabbed two passengers in her vehicle after they vomited in her car. Police charged Brown with aggravated assault in the incident. One of the passengers in the Uber said that Brown become irate after she heard a comment from one of them that she did not like, not over vomit. The 29-year-old Augusta woman asked the passengers to get out of the car and when they told her they paid for a full ride and wanted a full ride, Brown stabbed two of the three passengers.

In late August, British man, 37-year-old Leoaai Elghareeb appeared in court to answer charges alleging that he injected blood into food using syringes at three different supermarkets, contaminating the food. The three stores on Fulham Palace Road where the man struck were the Tesco Express, Little Waitrose and Sainsbury’s Local.

He pleaded not guilty to the charges and another court appearance has been scheduled.

The man arrived at the stores armed with the syringes of blood and injected them into numerous food items. He repeated the process at each store. At Sainsbury’s Local, he even threw raw eggs inside the store.

Police later arrested him although they say his motivation behind the dangerous act remains unclear.

Did You Semen in the Water Bottle?

Fullerton, CA, man, 32-year-old Michael Lallana was found guilty of assault and battery in Feb. 2013 after a court convicted him of ejaculating into a coworkers water bottle. He admitted in a taped confession that he ejaculated into the water bottle because the woman was attractive and her “lips had touched the bottle.” He said that he never intended for the victim to drink the semen water.

The man went on to say that he had ejaculated in her water on at least two separate occasions. “It was the closest I could ever get to someone as good looking as that without tampering with my marriage or hurting anyone,” Lallana said in the interview with Orange Police Department detectives in explaining why he ejaculated into the woman’s water bottle twice last year.

The incident occurred at Northwestern Mutual Finance Network in Newport Beach. The woman noticed something white floating in her water bottle, ceasing any attempts to drink the substance.

In Nov. 2019, 61-year-old Pinellas County, Florida, man, David Paul Wipperman, was charged with felony battery and burglary of an occupied vehicle after he spat food into the mouth of another driver with whom he recently had a “road rage incident.” The woman unintentionally cut off Wipperman. He got out of his truck, confronted the woman who rolled down her window to apologize to the man, and spat food in her face that he had been chewing.

On three separate occasions, surveillance footage captured 23-year-old Samuel Opoku tossing buckets of “fecal matter” onto unsuspecting people in the Toronto area. One of the incidents occurred at the University of Toronto just before Thanksgiving. The origin of the feces was unknown but the smell made it obviously clear the substance inside the bucket was real. Police arrested the man, charging him with assault on at least five different people.