At the Wrong and Right Place

You can be in both at the same time. 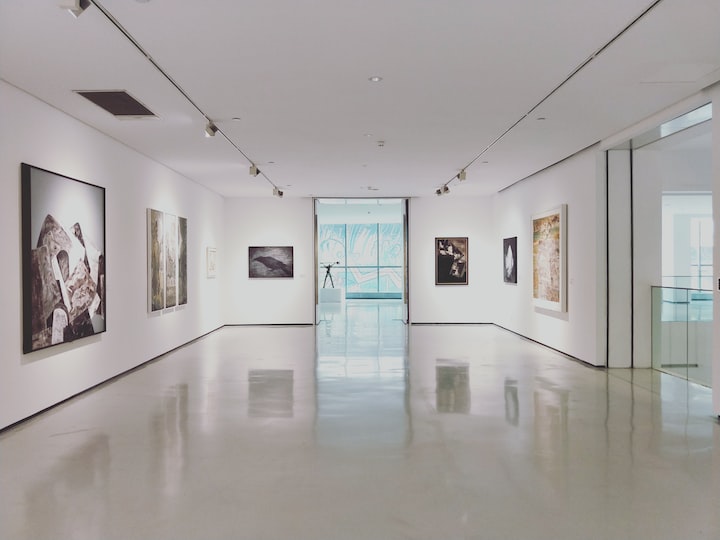 Photo by Dannie Jing on Unsplash

Elevators had always made Cody nervous, but not today. Today he had bigger things to worry about, like making sure he impressed the sound design team at HeartMaze Media. At twenty-seven, Cody was already a promising composer, but nothing major had happened in his career until recently. He had done small projects creating music for video games here and there, but HeartMaze worked in collaboration with some of the biggest and most well-known video game makers, and he had just landed a big project with the company. He could not mess up his first meeting. He inhaled deeply and relaxed as he waited for the elevator down to the lobby of the SoHo residence that had been arranged for him to stay at while he was in the city.

After what seemed like an hour - although it had only been about thirty seconds - he was jolted from his mindful moment by a text notification from his new boss, Rick:

Hey, a little caught up at the office. Can we reschedule for 10:00? See you at Coffee Galaxy.

There was already a car waiting for him downstairs...what now? Cody put his head back and rolled his eyes in annoyance. He then decided that it wouldn’t be a bad time to check out a couple of the galleries he had been planning to see. He fixed his luxurious chestnut waves and made his way downstairs, determined to have a good day.

As he walked into the Frederic McKewen Gallery, he noticed some security staff in the foyer, but no patrons.

“Woah! You’re way too early sir!” A guard headed towards him sternly.

“Today we are having a first look event to showcase the newest addition to the collection. It starts at noon. I guess you don’t have a ticket?”

“We’re sold out online, but maybe there’s still some hard tickets available. You can check with Shay, her office is just down the hall.”

Cody wondered if the new piece was the notable Mustang he had heard so much about. The Mustang was an incredible pastel masterpiece, depicting a beautiful stallion. He had seen it online. He would definitely be interested in an opportunity to see it in real life. At only one year older than Cody, McKewen was a legend and his work was highly respected. Some of his pieces had sold for seven figure prices.

As he made his way down the hallway, he heard muffled bickering. He approached a door that was slightly ajar. Not wanting to interrupt anyone, he stood there for a moment, unsure of whether to knock or not. The voices were clearer now.

“Look, I’m telling you, if we do this any other way, we’re busted!”

”Well, we can’t get careless! We’re from a new temp agency and they don’t know us personally. We’re risking the chance that they’ll sense something’s up. There is no good reason why we’d need access to the maintenance closet...it sounds suspicious.”

“The maintenance closet is the most believable thing I can think of to get into the basement. You know the basement is the only exit where there are no surveillance cameras! We don’t have a lot of time to get this thing out of here. Just tell them a coffee spilled and you need the key.”

Cody peered through the small crack. Laying on the desk was a large rectangular object wrapped in glassine - clearly a piece of artwork. A man and woman who appeared to be in their thirties and wearing security guard uniforms were standing at the desk. Cody went into a state of disbelief as his brain started to put together what was happening. They were going to steal “this thing”.

They picked it up and propped it against the wall. And to his horror, Cody could see through the glassine that it was in fact, The Mustang. His chest began to tighten with anxiety as he turned away from the door. At the end of the hall was another door labelled Basement. He walked back to the foyer, beginning to sweat.

“There you are.” The guard from earlier motioned to a woman beside him.

“This is Shay, she does administrative work for the gallery. I didn’t realize she had stepped out for a moment.”

Unsure of whether this particular guard was in on the theft, Cody needed to be careful.

“How long has he worked here?” Cody asked her, gesturing towards the guard.

“Jason? Around two years. Is everything okay?”

“Look, I am probably going to sound like a mad man, but something weird is going on. Did you hire temp security for this event?” With every word he said, Cody sounded like he was going to throw up.

“The Mustang - whatever you’ve got on display is a counterfeit. The original is down the hall, about to be stolen.”

Before Shay and Jason could make sense of what he was saying, the woman from the down the hall entered the foyer.

“Is there a mop around? Steve just dropped a latte all over the staff lounge.” She said with the phoniest laugh Cody had ever heard.

“Don’t do it!” Cody couldn’t hold back...it was happening!

“Huh?” Jason looked at Cody with concern as he handed the basement key to Liz.

Liz accepted the key as she glared at Cody with the utmost bewilderment before taking off down the hall at lightning speed.

“Get that key back! She and that Steve guy are going to escape through the basement with the Mustang! It’s the only exit without surveillance!” Cody was raising his voice at this point.

Shay and Jason sprang into action. Liz held the door for Steve who was carrying The Mustang, and she slipped through the door right behind him. It slammed just as Jason reached it.

“To the back - hurry!” Jason ordered.

Shay ran through the building and began to make her way to the back exit, where the basement window looked out onto the parking lot. She ran so fast that her lungs felt like they were on fire. She reached the parking lot and fell to her knees, exhausted. The window was open, but Liz and Steve were nowhere in sight. She buried her face in her hands and started to sob. She was startled by a touch on the shoulder. Through teary eyes, she looked up to see Cody. Jason, who had been trailing behind Cody, sat on the ground beside her.

“How?” How did they get it?” She asked Jason. “They couldn’t have messed with the cameras...temp staff are never given access to the surveillance office.”

“I don’t know. And to think - that agency came so highly recommended! This is just wild. One thing is for sure - we’ve gotta contact the police immediately.”

Jason turned to Cody. “Look, thanks for your help. The police are going to want to speak with you, can you stick around?”

Hey. I don’t know how to tell you this, but we need to reschedule for tomorrow. I can’t explain right now. I’m sorry. I will call later.

Cody decided to take a walk up the block for a minute to release some of the adrenaline that was making him anxious. On his way back to the gallery, he noticed a little pocket sized black notebook on the ground next to a parking meter. He picked it up and curiously opened it. There was an address written inside.

Assuming that the address was that of the owner, Cody decided that he would attempt to return the book later. He put it in his jacket pocket and continued back to the gallery.

It wasn’t long before the NYPD arrived. Cody gave his statement and was free to go.

Several days passed and he had been working away at HeartMaze. He had told Rick what happened, but hadn’t been able to give details as the investigation was still ongoing. As he sat at Coffee Galaxy on a break, a headline in the paper caught his eye.

$20,000 Reward for Information Leading to Arrest in Art Theft From Frederic McKewen Gallery.

All Cody had been able to give to the NYPD was an account of what he’d seen and heard that day. Thinking about it suddenly reminded him of the little black book he’d found. He had completely forgotten to contact the owner.

As soon as he got home, he got the book. He hadn’t examined it closely before, and realized that he had skipped the first page when he picked it up the first time. The first page read:

I left this here in your locker where I knew you’d see it. I overheard Shay on the phone and I have been able to figure out that it’s coming on Wednesday at 1:10. She is sending a memo out to all security staff. I need you to distract her for a few minutes so I can access her computer. I think we should change the memo to 4:10 to throw everyone off. We will be ready to accept the delivery in the early afternoon and then it’s ours! Make sure you have the replica ready. If you need to speak to me outside of work, here is my real address. I don’t want to discuss this online or over the phone.

Cody couldn’t believe what he was reading. He raced to turn the book in immediately.

Henry and Colleen (Liz and Steve), were subsequently arrested. Everything on their employee profiles was false. Neither had a security license, both had a lengthy criminal history, and multiple fake identifications were seized.

Cody received the reward money, which was about to be very useful. He received an offer to stay at his new job permanently, and decided to move to New York City long term.

I am a Canadian author with a special interest in fiction; mostly fantasy fiction. I also enjoy writing movie and t.v. reviews. Hope you enjoy my work, thanks for stopping by!

More stories from Kate M and writers in Criminal and other communities.