by M. Elisabeth 4 days ago in fiction

more from my current WIP 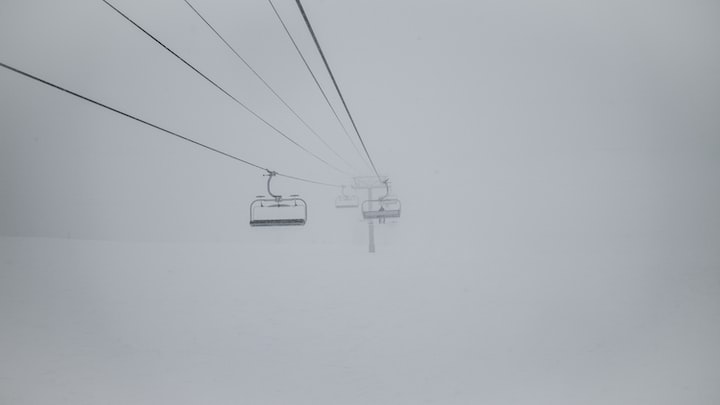 She answered it under hawks’- eye gazes from her parents and sister, who sat with a cereal spoon raised halfway to her mouth, dripping milk.

“Eleanor McRae?” a tinny male voice said in her ear.

“This is me. She. She’s me, uh… I’m Eleanor.” she fumbled the words, trying to swallow the last bite of toast.

D.S. Brooks had spoken at her High School’s Criminal Justice class her junior year, and she’d worked a summer internship with him before she went to college. He was a round-faced, fatherly sort of man with a gruff edge. He had never hesitated to remind Eleanor just how hard the job could get, but it was that summer that had also convinced her it was worth it. “Hi. You need me to come in, right?”

“That’d be great, Eleanor, thanks.”

Eleanor looked at her parents, tucking her phone into the back pocket of her jeans. “I have to go down to the station.”

“Can you drive me to school, then?” Kelly asked.

“Didn’t you get up early to catch the bus?”

“The bus is disgusting. It smells like feet and weed and there’s always these boys with a Bluetooth speaker blasting shitty music in the back.”

Eleanor could vividly remember sitting pressed up against the window with her headphones shoved as deep into her ears as was safe while the kids in the back shouted profanities over each other and Oliver Ramsey threw Smarties at the back of Jenna Lesser’s head. “Hurry up, then,” she said, pushing up her glasses. Kelly scrambled from her chair and nearly sprinted up the stairs.

“The stairs?” Eleanor asked, turning back to her parents. Her mother arched a neatly groomed brow. “Oh. Roads. Got it. I’ll be careful.”

Her dad ran a hand through curly hair. He always let it get longer in the winter— said it kept his head warm. “And the police, Ellie?”

“I’ll… be careful with the police too, Dad,” she said, shrugging. The concerned parent look stayed firmly on both their faces. Eleanor smiled pointedly. “I know what I’m doing.”

Kelly came skidding back down the stairs, her second-hand Fjallraven Kanken backpack slung over her shoulder. “Ready!”

Eleanor pulled her jacket on over her flannel, double-checking her pockets for her phone. “Don’t you have a coat?”

“If you freeze to death don’t come crying to me.” The joke fell rather flat even to her own ears. Dead girls were no joking matter. She raised a hasty hand in farewell to her parents and shut the door behind them.

The Windham County Sheriff's Office was located on Jail Street in Newfane. It was across from the Commons— a grassy area dotted with trees that, in the winter, stood bare with their branches stretching up forlornly towards the sky. The church sat on the other side. It was only a short drive from Shelby, but looping around through Brattleboro put an extra twenty minutes onto her route, and Kelly had insisted they stop at Dunkin Donuts.

Leaving her half-empty second coffee of the day behind — hot, only Kelly was crazy enough to buy iced in below 30 weather— Eleanor twisted the keyring free from the ignition and jogged across the pavement, the cold soles of her feet slapping inside her Dr. Martens.

“I’m here to see D.S. Brooks.” she told the secretary.

A flicker of pride passed through her at being known. She was lucky to have established a decent relationship with some of the local law enforcement from her internship, in hopes that it would help her later on. Maybe that time was coming sooner than she thought.

“Eleanor!” D.S. Brooks was striding towards her. He shook her hand. “Right this way. I can’t talk myself, I’m afraid, but you’re in good hands.”

The interview room was at the very end of the hall, a grey walled rectangle with harsh fluorescent lighting and a single table in the middle. Eleanor knew better than to be intimidated, but her stomach flip-flopped despite herself.

D.S. Brooks nodded at the two officers inside, patted Eleanor’s shoulder, and shut the door at her back. She walked slowly forward and sat down. Her footsteps echoed and the chair scraped loudly against the floor.

The woman held out her hand. She had a firm grip and her dark wiry curls sat piled atop her head. “Detective Olivia Madden.” Eleanor decided to refrain from making a Law and Order joke.

“Joe Caddel,” added the sandy-haired man. He had a five-o'clock shadow but his hand was very smooth. “Also Detective.”

“Eleanor, we want to be sure you know that you’re only here as a potential witness. You are not considered a suspect in any way.”

Olivia Madden blinked. “We are currently investigating the death as a homicide, yes.”

“How did she die?” The words slipped out. Eleanor clamped down on her tongue, wincing.

“Are you in college?”

“UC Berkeley.” said Eleanor. She tried to point to the t-shirt she wore under her flannel before remembering that her jacket was zipped. “I um— I worked at the ski-lodge while I was in high school. So I offered to help out for a little extra cash while I was home for break.”

Madden nodded. “When did you get home?”

“Wednesday,” she answered calmly, regaining some confidence. “I worked on Friday and then Saturday. Friday from eleven until closing and then I came in at eight on Saturday and I was there until… well, y’know. I went to pick my sister up from rehearsal at the high school at… around five. Have you interviewed everyone else or am I the first?”

“You’re actually the last,” said Caddel, tapping his pen against the table. “We’ve been up to our ears all weekend.”

“Could anyone help? I mean— did anyone see anything?”

The detectives shared a glance. “So far? Not much.” Madden admitted. “People are mostly saying they saw lots of kids running around unsupervised—”

“But it’s always like that.” Eleanor felt obligated to defend the Shelby Ski-resort. “The kids, I mean. It’s pretty safe. I mean…it was.”

“So it’s not an uncommon occurrence for children to be left to their own devices?”

“All the time.” When she was ten, she used to go to the mountain with Leah’s family on weekends. The parents sat in the lodge cafe half the day while she and Leah raced each other down the ski-slopes. “It’s such a little place, nobody worries. Stupid, right?”

“You think it’s stupid?” Caddel asked curiously. He was still jittering his pen.

She shrugged. “I guess if I had kids I’d never let them out of my sight.”

“So you were in the diner the whole time you were at the mountain?”

“Yeah,” she said. “I mean, uh… I used the bathroom a couple times. It’s right around the corner. And then I walked to my car.”

“Did you see anything... ? Anything that struck you as odd?” Madden used that soft, prompting tone Eleanor recognized from watching crime shows.

“I don’t know,” she said, trying not to sound shifty. There was something about the room that just made her skin prickle uncomfortably. Like she was lying even when she wasn’t. She flexed her long pale fingers against her legs, staring down at chewed-up nails. “I don’t think so.”

Caddel slid a photo across the table to her. It was printed on shiny, smooth paper— a school picture. “Do you recognize her?”

“Nellie Lynn Matthers,” said Madden quietly. “Her family was here from New York, for her birthday. She had just turned twelve.”

Eleanor stared down at the little girl. Colorful 90s butterfly clips pinned back soft brown hair and even softer brown eyes smiled back at her. Nellie’s cheeks and jaw still held the roundness of a child, but the loosened tie and open blazer of her private-school uniform belied a hint of preteen rebellion. “I’m sorry,” Eleanor whispered, her throat tight. “I’m sorry, I don’t remember.”

“No,” she shook her head, wanting to tell them how desperately she wished she could say that she had. “Sorry.”

“That’s it for now,” said Caddel, nodding. “We’ll call you if we need anything else.”

“There’s— you’re sure there’s nothing I can do?”

Eleanor recognized the tone of her voice— we’re done here. She pushed back her chair. Madden rose with her and walked to the door, holding it open. “Do you think he’ll kill again?” she blurted out.

Madden’s brow furrowed, “He?” she repeated. “What makes you think the killer is a he, Eleanor?”

Way to not sound suspicious, genius. She knew how this worked, and she was innocent, but she still couldn’t help the anxiety that fluttered up in her chest every time they looked at her. She held Madden’s gaze and lifted one shoulder in a shrug. “Statistics?” she said.

Caddel leaned forward on his elbows. Madden’s mouth twitched slightly. Eleanor wasn’t sure if she was annoyed or impressed. “You did a couple ride-alongs with us a few years back, didn’t you?”

Madden nodded again, reaching into the breast pocket of her shirt. “Well like I said— we’ll call you if we need anything else from you. And if you happen to think of anything—” Eleanor took the calling card, cool and smooth between her fingers. “You can call us, too.”