Why Gym Class Was The Worst Class

by Lindsay Rae Brown 19 days ago in School

Obstacle courses and other indignities 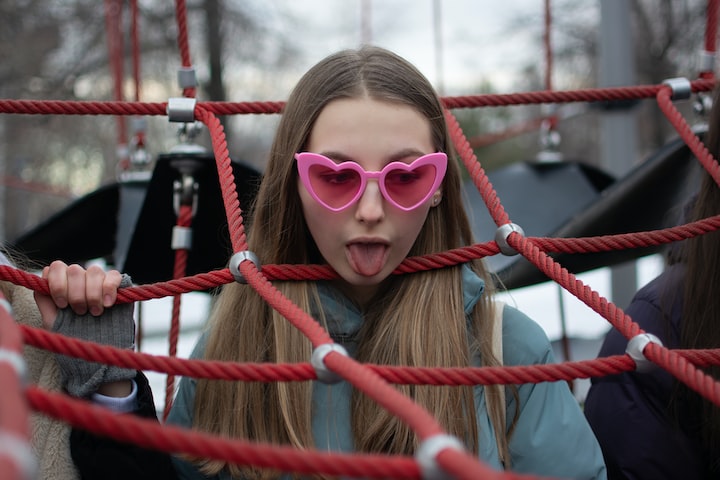 Photo by Daniil Onischenko on Unsplash

The first gym teacher I remember having in school was Ms. Roberry. She was a fierce, solid woman with a greying buzzcut and bad knees. Actually, I don’t know if her knees were bad, but I do know they were awful to look at.

She was a heavy-set woman, so when she stood at her full 5’5”, her bulging knee muscles would create a scary face of sorts at the cap. Dimpling just in the right places to make it look like two pupil-less eyes had appeared in the thick flesh below her quads.

I only remember this because, as it happened one day in gym class when I was wearing my spandex shorts, I realized that I had these flesh eyes in my knees as well.

I quietly asked my friend Janelle if it was just me or if my knees appeared to be twinning with Ms. Roberry’s. Janelle laughed long and heartily, yelling to the rest of the class that I had Roberry knees. I was shattered.

But my knees weren’t because I’ve always been a sturdy girl.

I’m not here to talk about Ms. Roberry, though; she was alright, although for middle school, perhaps a bit gruff. The thing Ms. Roberry did for all of us in those tentative years before high school was prep us for Mr. L.

When you are a person like me, who despises physical activity with every ounce of her soul, you do not tend to get along with gym teachers.

They ask too much of you, and it’s difficult to understand the point of having to do running drills in the grade twelve hallway while the big kids laugh and point at you as you shuffle along.

I suspect that these incidences of humiliation fed Mr. L’s soul.

He would never help a kid out when they didn’t have the strength to entirely pull back the bow in archery class, and the arrow would ultimately fall a measly 30 inches in front of them.

He laughed heartily when you’d puke from overexertion while made to run laps around the football field.

Mr. L danced with glee while trumpeting his “NO,” like a songbird when you’d ask if you could excuse yourself to change a tampon. Nothing phased him. Believe me. I tried it all.

I had no shame when attempting to get out of gym class, and everything I tried failed miserably. Mr. L had me up against a wall, and I would never know the joy of going home without the demoralizing stank of sweat and defeat every Wednesday and Friday afternoon.

The one memory that sticks out was when Mr. L decided to create the most epic obstacle course of all time in our gym. I don’t know what it was with this guy and obstacle courses, but he loved them!

We walked into class, hoping for the best but dreading the worst and there it was.

And then the pièce de résistance — the mountain of gym mats.

Do you guys remember gym mats? Those dark blue foam things that they’d lay on the ground when you did gymnastics for the inevitable moment when you fell off the balance beam. They sure as hell weren’t soft, so I don’t know what they were trying to accomplish by laying them down, but I guess no kids in my class broke their necks, so they must have done something.

This stack of gym mats was piled so high they nearly doubled my height.

I thought upon seeing them, huh, I wonder what he wants us to do with those. And then it became abundantly clear. He wanted us to scale them.

I snuck to the back of the line so I’d have the advantage of seeing my fellow classmates succeed in such a venture. Of course, the athletes of the highest ability went first and oh how they glided through that course — their lithe bodies sliding effortlessly under the chairs and through the hoops and around the pylons. Sesame Street would be proud.

Then it came down to the less athletic people. They still made it through alright, but the mats proved challenging. However, because of so many people having climbed them, they’d shifted, and that provided footholds on which to clamber up upon.

Okay, maybe I can do this, I thought optimistically.

That’s when I realized my fatal mistake. I had placed myself at the back of the line. This meant by the time my turn came around, everyone else in the class was waiting for me to finish the course.

I made it through the first half with the grace of a small dog humping its owner’s leg while she tries to shake him off. Then came the mats. Oh, for the love of fuck, the mats.

Even with the footholds, there was no way I would be able to haul my body up a vertical wall. This was insane. But there was a quiet voice in the back of my head telling me, “You idiot, everyone else did it, so can you!” The voice I heard in my head was Mr. L’s.

To his credit, Mr. L was cheering me on in real-time too, “You can do it, Lindsay, put your back into it!” This was before the song…I hope.

Then the bell rang, and all of a sudden, I understood the term “saved by the bell.” Except I wasn’t saved. As I headed away from the course, Mr. L pointed back to the mat mountain and said, “You’re not dismissed until you climb those mats, Lindsay!”

The new class arrived and sat on the sideline benches while I continued to slam my plump body against the blue-mat-wall fruitlessly.

I had no lift; that was the problem.

Maybe it was some momentum that I needed to get me going. So I backed up to get a running head start and booked it full tilt at the mat-wall. The sound of my classmates “ooooh!” as I nailed into those mats dead center and fell onto my back will haunt my dreams forever.

That’s when Mr. L jogged over to me, offered his hand as a boost and flipped me over the mats to freedom.

He always seemed a lot nicer to me after that. Go figure.

Years later, when I was married with children and writing a column in our local newspaper, I ran into Mr. L at the grocery store checkout. I didn’t think he would remember such a non-athletic person as me, so I didn’t initiate conversation. Also, I am a very antisocial person.

Just as he was paying, he happened to glance behind him, and we made eye contact.

“Lindsay! How are you? It’s been forever!”

“Oh, same old for me. But you are doing just great, aren’t you?”

“Well, I just have to say, I read your column in the newspaper every week, and boy, do I ever get a kick out of your stories. I just love them!”

We chatted for a bit longer and then parted ways. The conversation, however, has stayed with me for a long time afterwards.

I had always thought Mr. L was the bad guy. I thought he was picking on me simply because I wasn’t as physically apt as the other students. But what Mr. L really wanted was for me to succeed at something.

Maybe that something wasn’t climbing over a pile of mats, but I’ll forever remember how he taught me that giving up just isn’t an option.

Lindsay Brown is a mother, wife and writer who enjoys slinging funny stories for her reader’s enjoyment. she is still unable to climb a pile of gym mats. You can check out more of Lindsay’s work HERE.

This story was originally published on Medium.com