Tripped in the Road #6

Still looking back and in at summer '21 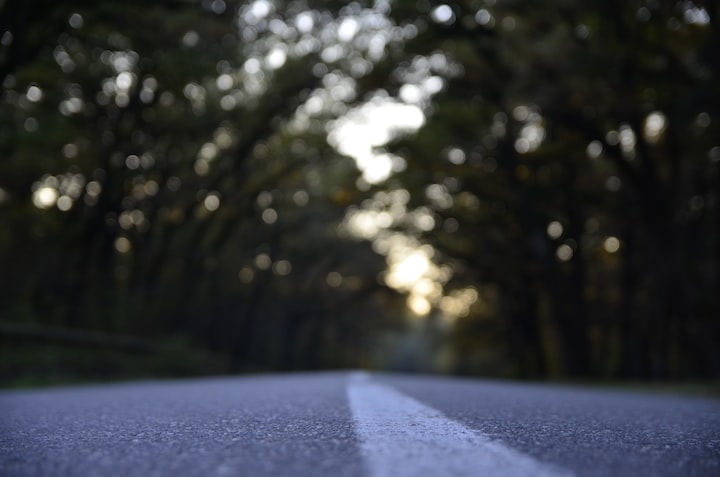 Photo by marius sebastian on Unsplash

After my girlfriend and I broke up I went straight back to fast food, binge drinking and good old Tinder. I think it's obvious what was going here psychologically. During this time I was still dealing with the legal troubles from my ill fated Grangeville road trip a few weeks prior, but my Attorney was confident and so far I hadn't had to appear in court at all. So, I laid low at home for another week and flirted with some ladies on the apps. I connected with one gal that was really nice, and she agreed to have kind of an unconventional first, So we each planned things out, and met in Leavenworth, WA for a weekend of good fun. We were both kind of sick of the dating scene and just wanted to do something different. So, I bought a bus ticket, booked a hotel and took off for the weekend.

For anyone out there that might be reading this, that isn't familiar with Leavenworth, WA, it's a Bavarian style village tucked on the edge of the Cascade Mountains in west-central Washington state. It's an extremely popular tourist spot that literally attracts hundreds of thousands of people every year. It's also very well known in North America for its October fest celebration and its winter festival. So, I went there with the intention of relaxing, going on a couple dates with this gal, and taking in everything that the town had to offer. I ate authentic Bavarian food for every meal, everyday, went to every Bier Haus I could to try the different Bavarian beers and ciders, and walked the shops. There was also a really awesome music and art festival going on that weekend, so in between stops I took that in as well seeing live performances of everything from Bavarian folk to blues. I even went for a river side hike one day and saw the sights. Her and I went on two dates that weekend accompanied on the first by her pre-teen daughter. I was fine with it, but it wasn't in the cards when we planned this weekend. I guess not knowing me she was doing the girl thing and making sure she had a back up plan incase I was a creep or lame. I don't blame her if that was the reason, or if it was a character test to see if I was cool with kids. See, the reason that this is even relevant is due to the fact that her and I had based our connection on our mutual disgust with the behavior of people in the online dating world, we exchanged horror stories about date fails, awkward conversations, and weird sexual experiences. We shared some great laughs, and her daughter was even a pleasure to get to know as well. She was the typical 13 year old girl and reminded me of my sister when we were kids. On the second date we went out and had some adult fun, bar hopping and sampling food. We even snuck into the end of a pretty good rock show and did some people watching. Good times for a couple kids in there mid-thirties.

Overall my weekend date and I had two great dates together, and it was a great weekend, we even shared a kiss after our second date when I walked her back to her hotel, but I just wasn't physically attracted to her. At the end of the weekend as I boarded the bus I nearly missed due to being in the wrong spot, she sent me a message with an open ended invitation for another date and asked me to just let her know either way. So, I told her I had a great time but that I wasn't interested in pursuing a relationship with her. We both agreed that we could be good friends and help one another navigate the dating world. A couple weeks later she met a guy and 3 months later is still in a great relationship with him. I'm happy for her because she's a great person.

In the morning before I left on the last day I had a pre trial conference call with my attorney about the Grangeville debacle. It was basically a brief update and statement of strategy on his part, it lasted less than ten minutes. After that I left to get some breakfast and headed to the bus stop. I hurried across the parking lot and down the road from the gas station where I had been waiting for over an hour, confirmed the destination with the driver, and jogged onto the bus. I started up the Spotify and stared out the window at the passing scenery pondering what was next. Who am I? What are my dreams and passions? What are my goals? Where am I headed? All of these questions cycled through my mind along the way until I walked into my apartment, and laid my head down to sleep. This summer wasn't just about dysfunction, selfishness and carefree living, it was about my identity, and struggling desperately to find it. Or maybe I was learning it along the way, or making it, I don't know but I like to think I got more out of it than a beer gut and a few regrettable social interactions. I woke up the next morning to face another day, realizing again that it still wasn't over...

(for context, and to get the whole story, check out my earlier installments)

More stories from Ryan Kimball and writers in Confessions and other communities.