The Consequences of Being a Brother Lover

by Lindsay Rae Brown 14 days ago in Family

When everyone thinks you’re banging your brother 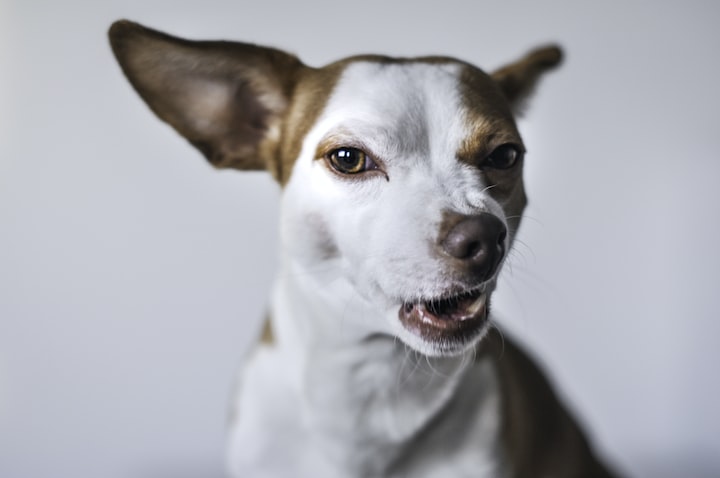 Photo by Isabel Vittrup-Pallier on Unsplash

I’m standing on the front stoop of my house, chatting with my brother, Dustin, who has stopped by for a quick hello after work. He’s wearing ratty old Carhartts and heavy steel-toed boots. I love shooting the shit with my brother because he’s pretty much the most incredible person I’ve ever met.

Even now, as we talk, he just looks so cool. One leg stretched high on the top step, the other casually on the ground as though he’s making a weird deep lunge on my front porch. He exudes coolness.

The year is 2015, and we are talking about the crazy shit that's going on in the world right now. Little did we know in a mere five years, we’d be in for a whole new definition of crazy.

Dustin is so cool because of one reason alone. He is pretty much the most confident guy in the world. He can make friends with anyone and always is willing to lend a helping hand. Just to be clear, everyone loves him, not just me.

I know how this all sounds—sort of like I’m in love with my brother. I’m not, I swear.

These two very different feelings have gotten confused in the past, however. I can’t tell you how many times one of my friends would say that I have to stop being so weird around Dustin because it sort of comes off as if I'm crushing on my own brother, hard.

Is it strange to idolize your younger sibling? Maybe. But that’s never stopped me. I’ve always wanted to be more like Dust. We’ve been through too much together for it to be any different.

Like that one time, I inadvertently made it sound like I was about to have tent-sex with him.

I had been living in Red Deer, a city about half an hour away from my parent’s rural hamlet of Benalto, Alberta. Dustin was still living with the ‘rents finishing up his last year of high school.

Dustin, still being underage but wanting to party, asked if he could tag along as I was planning on tenting in the rodeo’s campground for the night. And because I love me some bro time, I eagerly shouted YES!

We had a flimsy two-man tent, a couple of sleeping bags and a cooler of beer waiting to be devoured. As I was forcing Dustin to set up the tent by himself, I noticed that we had forgotten the pillows. Dustin offered to run back to our parent’s house and steal a few from the guest room while I set up the remainder of our sleeping quarters.

While staring vacantly at the firepit and wondering how to start the thing, I noticed a hippy-like woman in a long flowing gown approaching our campsite.

“Hey there, friend,” She said dreamily.

“Hello,” I replied in my ridged awkward way.

“Oh, wow, that’s cool of you.” I glanced down at the woven basket she held, filled to the brim with condoms.

“So, do you think you might be needing some protection?” She asked.

“Oh. Well, I guess so, yeah. I didn’t even think of bringing condoms.” I paused, thinking again of all the hot cowboys that might be littering the beer garden later that night, “Shit yeah, I could use some!”

And then, in an unfortunate slip, I grabbed the most enormous handful of condoms from that basket imaginable.

Trojans were slipping and sliding through my fingers, falling to the ground beside my sandaled feet. One even flew into the air in my enthusiasm to grasp as many rubbers as I possibly could.

“Oh, you can’t have that many.” The woman’s serene nature was fading, and now a concerned look crossed her face, “We need to offer these to everyone. Like, maybe just limit it to one or two?”

Surely she was wondering how many people I was reckoning to bone over the next 24 hours.

“Oh yeah, of course,” I said as I shamefacedly placed the love gloves back into her basket.

Either to break the awkward silence that followed or dig for more information about who I was going to be making non-stop love to, she asked, “So you here with anyone?”

It was for two essential reasons that I answered the way I did.

“Oh yeah, the bro and I are sleeping in that thing tonight,” I said, throwing a thumb over to our dishevelled little tent.

As the woman’s eyes widened into something that bordered on horror, it occured to me that I had misspoken.

But that’s when Dustin came running up the trail, waving two pillows triumphantly above his head with a huge shit-eating grin on his face and yelling, “Got ‘em, Sis. We’re ready to party!”

Before I could explain to the now fully horrified woman who was just trying to promote safe sex, she was already gone. And rumours that some chick at the rodeo was banging her brother had started travelling throughout the grounds.

Needless to say, I didn’t get any action that weekend.

Back to the stoop and the shooting of shit with my brother.

I smile to myself, thinking about all of the adventures we’ve been through together. I’m so lucky to have him in my life.

As this thought crosses my mind, a neighbour casually yells over from their front door, “Hey Dust, just to let you know, you’re balls are hanging out.” And just as a deer is helpless to avoid the headlights, Dustin and I look down simultaneously to his leg stretched high on the top step of the porch.

Sure enough, Dustin's balls are hanging out of his worn work attire, and it is at this moment I realize, yeah, maybe I am a little too close with my brother.