The Boy She Fell For That I Wasn't 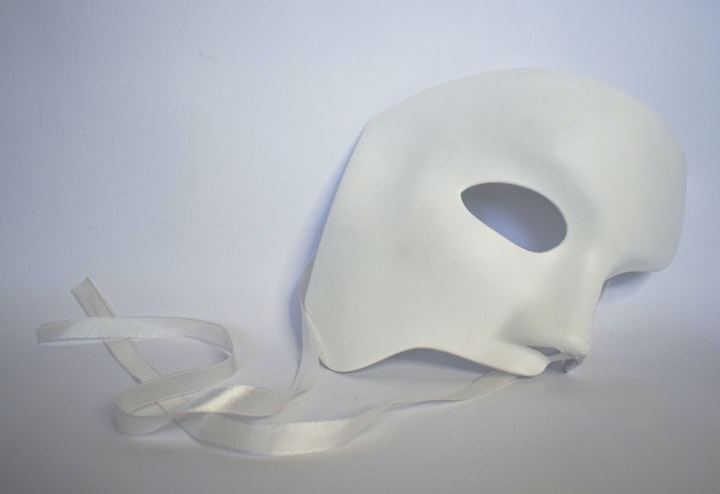 Photo by Tamara Gak on Unsplash

When I was 14, I had a secret online profile nobody knew about. I often thought to myself, "I wish I had been born a boy." I would have likely been labeled as transgender if society had known more about it back then. I was often already confused for a boy. My hair was short, and my figure hadn't femininely blossomed. I did typical guy things, and many of my friends forgot I was a girl. I "crossplayed" more than cosplayed, and my family was frequently frustrated about my male costumes and fashion choices. I didn't care. That was what I liked. If I wanted to look like a boy, then let me. What did it hurt?

I joined a website called Quizilla. Back then, "Would you date me?" quizzes were popular on the website. I created an account, selected my gender as male, and posted a picture of an emo boy. I thought to myself "No one is really who they say they are online anyway, right?" I also wanted to prank my best female friend by creating her dream guy, then tell her it was me. She had been quite mean recently and I thought it was a way to get back at her. It was a foolish idea and filled with bad decisions I would regret.

I created a "Would I date you?" quiz. It attracted a lot of attention (no doubt because of the cute boy in the photo I posted as my own). My friend and I both took it. She of course, got a "yes!" I got a resounding "no." I was beside of her when we both took the quiz. I told her, "See, I told you I'm only into short, geeky boys. Looks like a looker for you though! You should reach out to him." After much of my prompting, she did. She received a response back the next day. "Their" chatting went on for a while. I would ask for updates periodically, but not too much. I didn't want her to catch on. I also made sure I was doing other things when the electronic boy responded so she wouldn't suspect me. Their conversation wasn't very interesting and was mostly friend based. No matter how friendly I tried to be as my male alter ego, she responded dryly. Discussions mainly centered around music, books, and creepy tv shows "they" both liked. She didn't seem to be into "him."

However, there was another person who found themselves very attracted to the alter male me. I remember her name well, Jody. Why do I remember her name well? Because I broke her heart to pieces without even trying. As far as the "worst things I've ever done in my life confessions," this for me is a big number one. I had added some of the other users that messaged me after receiving their results on my dating quiz. I chatted with them, wanting to make my character seem believable to my best friend. That is what my intentions were anyway, but what happened was actually quite a different story.

Before I realized it, my role playing life, and true self had already blended. Jody and I had easy conversation, similar likes and dislikes. She always wrote long messages to me about her day. I began wanting to talk with Jody as my true self's friend. I created a sister I didn't have, so that I could communicate with her as me. I never asked her to be my girlfriend as my male personality, and definitely not as my "sister's" identity. She just assumed we were dating after receiving her quiz result. This was a problem I wouldn't learn about until much later, after it was already too late.

She proudly declared in casual conversation that she told her friends about me, her boyfriend. It was then that I realized how badly I messed up. She actually thought we were dating. This whole thing that I had started out as a game and experiment, actually had someone's real feelings involved.

After realizing this, I succumbed to my guilt. She deserved the truth. Obviously, she wasn't pretending to be someone online like I was. When I told her the truth, she didn't believe me. She insisted it was "just a convenient excuse for me to break up with her." I tried to explain that it wasn't, and that the real me was actually the sister character role I had created. I told her about all of my lies, and about why I had created my account in the first place. I told her that I wish I had told her originally that it was just a dummy account. She obviously didn't believe me, and I totally understand why! It seems insane that someone would do such a thing! I think it seems nuts, and I'm the one who did it!

I showed her where I found the picture for my profile. I showed her my Myspace account that had pictures of the real me. When she saw me, she said she didn't care about looks. If that was all I was lying about and that I really looked like the guy in my Myspace photos, she still wanted to be with me. That wasn't a problem. She threatened to cut her wrists if I broke up with her. This, freaked me out. I had no idea what I was supposed to do, and now felt even worse that this person must be mentally ill.

But I wasn't the "guy" in my Myspace photos. I wasn't a guy at all. I was female. How embarrassing of a self-created scenario is this? I took a deep breath, sighed, and sent her one of the longest apologies I had ever written. I followed up with an instant message picture of me at the computer desk, "this is the real me." By what seemed like some miracle, she finally understood. "Oh, you're a girl." she sent in our chat. "Yes, that is what I've been trying to tell you. I never wanted to hurt you, and I didn't expect feelings to get involved. Please don't harm yourself. This is on me. What I did was stupid and childish. If I was a man, you would have deserved much better than me."

She was obviously dumbfounded. She promised me she wouldn't harm herself but asked for some time to think. She still, incredibly, wanted to be friends with the "real" me. I was shocked to hear that and agreed even though it would be incredibly awkward. She sent me a message a few weeks later and told me she had a boyfriend. It was a close friend of hers who had always wanted to date her, but she used to refuse to give him a chance. She apologized for reacting like she did and threatening to cut herself. She told me she knew I had never asked her to be my girlfriend, and she had always wondered why, but that it finally made sense after I confessed to being a girl. She did appreciate me telling her the truth instead of breaking up with her and then disappearing. She told me she was glad to know it wasn't something that was wrong with her.

When I was 14, I pretended to be a boy online. I made an unsuspecting girl fall for me without that being my intention. I lost control over my self-created identity and character. I even made up an imaginary family and dramatic backstory. I was stupid and immature. The original prank and experiment was a bad idea from the beginning, and something I will always be embarrassed about. I still always hope the best for Jody and wish her well in all her life's travels. Even if she doesn't think about it now, I have no doubt I made her wonder, "What the hell?" I look back on it, and say the same thing. I follow up with a facepalm, and the statement "How embarrassing!"