Is That A Pubic Hair In My Wine Glass? Or Am I Just Happy To Malbec?

by Lindsay Rae Brown 12 days ago in Humanity

Accounts of a terrible week. 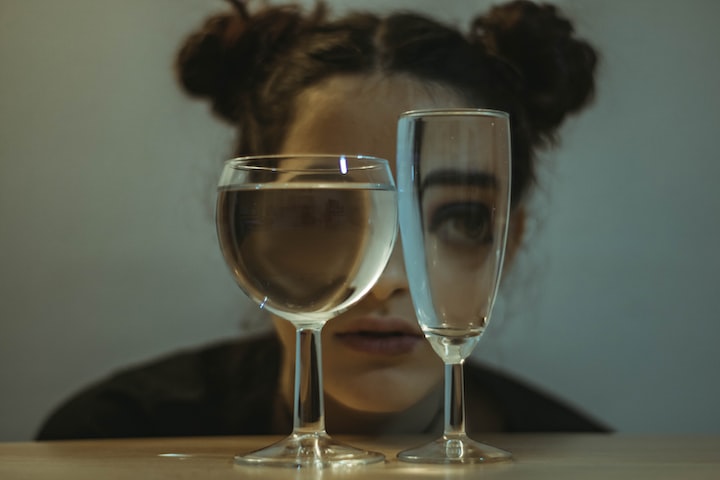 It’s a good thing we have decent-sized lots here because if they were closer, they’d be able to smell the horrific stench coming off of me, and then the jig would be up. If any other human could smell me right now, I’m pretty sure they'd assume that I had broken into this cute little family home and had been squatting here without water or power for weeks.

For the love of blue cheese, I stink. And to be clear, that isn't a diss on blue cheese. I love me some blue cheese. But generally speaking, people don't like smelling like the stuff despite how delicious it may be.

I stink something awful right now. And that's probably because I’ve just had the worst week of my life.

No. That’s hyperbole. I’ve lived through some pretty rough shit in the past (which I suspect is where I grew my sense of humour), so this past week can’t be considered “the worst” by comparison.

However, as a soft-hearted (and bellied) 35-year old, it was a pretty rough week. No, I’m not doing cocaine with a stranger in an abandoned warehouse while hardened drug addicts lurk outside, and I’m too terrified to leave the grunginess of my concrete-walled safe haven. But that was an entire lifetime ago. So far in the past, I can’t still be clinging to the deep psychological trauma of the experience. Can I?

I’m not ready to jump into that dumpster fire, so I’ll just tell you about my week instead.

Three days ago, if you were to walk into my house, you could’ve found me in my laundry room wringing out sopping wet clothes from the washing machine that decided to shit the bed just before the spin cycle.

After wringing out a few pairs of heavy jeans, my hands began bleeding from broken blisters. That’s when I found the industrial kitchen mop bucket in my garage and started my task of stuffing clothes into the wringer and squeezing out all of the liquid I could with its levered handle.

Eventually, I relieved the garments of enough water to hang them over the tiny line I strung up in my even tinier laundry room. There’s no airflow in there, and eventually, from all of the moisture accumulated in the space, the clothes took on a musty, sour stench.

*That was supposed to be a clever funk/dilemma play on words combo, but I fear it missed the mark. So I decided to ruin the joke further by explaining it.

After bandaging up my thumbsies, I started the dishwasher and immediately realized that it wasn’t working either—no power running to it. So I did what any person might do, and I took a wrench to the back of the beast. My husband disagrees on this front, saying that most people might check the breakers or try to do a reset on the machine before blindly hammering away at the thing with a heavy tool.

This, I regret to tell you, was a mistake as I ended up hitting the waterline running to the back of the machine and there before my very fucking eyes, a stream of mighty-pressured water began drenching the entirety of my kitchen.

Good thing my husband is handy and knows where our water turn-off is. He says I should know where it is too, but we tend to agree to disagree on this point as well.

Using the remainder of my clean towels to sop up the water in the kitchen may not have been my brightest idea, except the water was beginning to leak into the floorboards and that was concerning.

So now I have zero clean towels and exactly one broken washing machine. And a broken dishwasher.

I should call and get someone in to fix this washing machine, I thought while staring into the sodden pockmark that was my laundry room. I looked on dead-eyed as every inch of the place was covered in dripping water from the stinky clothes, towels and also the remnants that had leaked through the register from the upstairs kitchen.

That’s when I got an email from my kid’s school saying she was a close contact of a child who tested positive and now must be quarantined for two weeks immediately.

So, I guess, no repairmen to the house for the time being.

At this current juncture, we are waiting on the Covid-19 test results. The kid is in quarantine, and possibly the rest of us may be following suit if her test comes up positive. A girlfriend of mine has been locked down in her home for two weeks now, with another two weeks ahead of her because the people in her house just keep catching it from one another.

I fear I may never have a washing machine again in my life. We may well become the stinky family. Cursed to walk the earth in foul-smelling garb and forced to do all of our dishes by hand.

The former run-away teen in me smirks coldly at how soft I've become. Pathetic.

As an upshot, though, if this quarantine lasts forever, then my kids won’t have to be the smelly kids at school because they simply will never return to school.

So there’s that, at least.

As I sit on my patio, the harsh Southern Albertan winds temporarily relieving me of my stench, a buzz from the wine, and trying to forget the woes which have befallen me, I look into my oversized novelty wine glass to find a small wire-like hair just inside the rim.

What in the ever-loving hell is this?

Is there a pubic hair in my wine glass? How did I not realize this during the first twenty slugs of this delectable Malbec? Why did my brain go directly to pubic hair? How would it have even gotten there?

I don’t typically pursue activities in my glassware cupboard that require no pants, except, of course, no-pants Tuesdays. But it’s Friday today?! And I burn through my wine glasses on a pretty regular basis, so they would have definitely been washed since no-pants Tuesday.

I gingerly pluck my new little pal out of the glass and allow him to float away on the cyclonic breeze. I down another gulp and smile. Because a little ol' pubic hair in my wine glass is literally the least of my worries this week.

Lindsay Brown is a writer who doesn’t really have time to craft a clever sign-off right now because she is too busy on her arduous online pursuit for an old fashion wringer washer, so she can finally become the fancy non-smelly person she has always longed to be. If you'd like to support Lindsay in her quest, go read some more of her work HERE.