I Write Naked Because I Have To

by Lindsay Rae Brown 19 days ago in Bad habits

I think I need to invest in a bathrobe for my poor children’s sake. 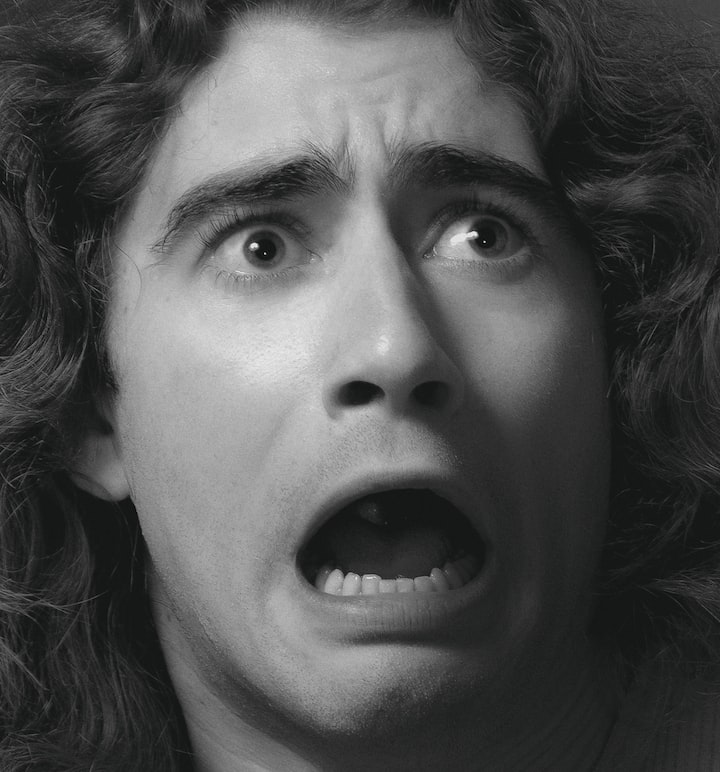 Have you ever been lying in bed, eyelids drooping, about to fall into the beautiful escape from the daily grind when a brilliant idea pops into your head?

Those eyelids that were languishing only moments before, now wide open. A melodic stanza for your next epic poem whooshes into your mind, and you are helpless to carry on with the act of sleep because you know if you don’t write it down before you fall asleep, it’ll be lost forever.

So you drag your exhausted body to your home office and proceed to spend the next hour toiling over the glimpse of a sentence that so rudely interrupted your sleep patterns. That, or you sleepily roll over to your phone and jot the idea down in your notes app only to wake in the morning and think, “what the hell does this mean?” when looking at the crudely constructed prose of your half-sleeping brain.

I think this happens to all writers. If you’ve been doing this writing thing for any length of time, you’ll know that it is imperative to get the idea down on paper or screen as soon as possible.

We writers, we’re a forgetful bunch—probably because we have so many brilliant ideas racing through our brain at any given time.

For me, I get my best ideas when I’m in the shower. Something about the warm water hitting my scalp activates my frontal cortex, giving way to the creative genius I’ve come to rely on in this career.

It always seems to happen the same way. I’ll be gazing out the steamy window that has been unfortunately placed in the dead center of my shower—hoping that my neighbours won’t gaze upon my naked body while taking out their trash. Then the most fantastic story will pop into my brain.

This very thing happened to me recently, and the consequences of my actions are something I must live with for the rest of my days.

I had just finished lathering my hair and scrubbing my body when the seemingly innocent headline “Pay No Attention To The Erotica Behind The Curtain” came to mind.

The entire article idea came rushing at me like wildfire on the prairies. A story about how I’ve sort of made a name for myself on Vocal with my humour. Still, if anyone looks through my profile, they’ll find some pretty explicitly written erotica stories that do not jive with my current brand whatsoever.

It was supposed to be a fun look at how I am basically incapable of staying on track within a niche setting.

Sentences were coming at me in quick succession. Things I knew I had to write down, lest they be lost forever to the dark recesses of my memory. The direness of the situation, the fact that if I didn’t get these ideas out of my head, I’d never get them out at all, was real and raw, and I knew I had to do something quickly.

My first mistake was thinking, it's Wednesday. The kids are at school, so this is fine.

Many times actually, when in similar predicaments of literary fervour.

I figured I'd just wrap a towel around me and quickly jot down the ideas, then get back into the shower to rinse off the shampoo that was currently running down my face in little foamy rivulets.

The towel I grabbed was far too small. Something that was more like a giant hand towel, to be exact. However, at that moment, it wasn’t the size of the towel I was thinking about. It did the trick to dry me off somewhat as I raced for the laptop.

The shampoo was still running into my eyes, but I’m a very, very good typist, so I had no problem whipping up the story while half-ignoring the sting of soapy retinas.

Then in the most unhappy turn of events, my concentration was interrupted by the horrified scream of my twelve-year-old son.

There I sat, soggy, bare-bottomed and half-blind, typing away on the computer at our kitchen table, having completely forgotten that my kid had planned to come home for lunch that day.

I tried to explain myself. I tried to hide my body behind the hand towel that moments before was slung over my shoulder like a cream-coloured sash of degradation. There in our kitchen, I attempted my best to convey why I was naked and furiously typing upon the family laptop, boobs swinging to and fro as I wrote like the wind.

It was all for naught because my son high-tailed it out of there before any explanation could reach his ears.

I hung my head in shame and made my way to the bathroom where my clothes were waiting for me.

I suppose if there is a moral to this story, it would be this: As writers, we may feel that we cannot wait to get the words out of our heads, but if this type of affliction hammers down upon you regularly, then I would suggest investing in a bathrobe.

Lindsay Brown is a mother and writer of humorous and humiliating things. She will surely catch shit for writing this story if and when her son ever finds out about it, but that’s a risk she’s willing to take.