I Heard People Having Lockdown Sex

Walking away from the hottest moment of quarantine 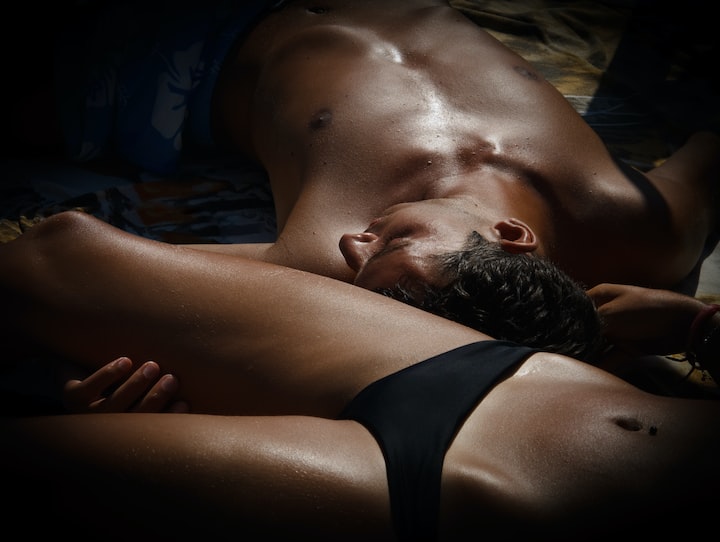 I did it. It finally happened. Somehow, after twenty-something odd years, I heard other people having sex.

Two people, to be exact. And not actors on a screen, either. These were hardworking, quarantining stay-at-home citizens as best I could tell. I could only tell so much. That's what makes sex so attractive if you're not part of the act.

A quick note on said act: it was just as hot as I'd imagined. Walking in the cool of evening, it was just me, my mask, and my malfunctioning earbuds on the sidewalk. I had taken one out to try to discover why it wasn't working. That's when I heard the woman's moans, slow and guttural.

When I looked around and up and saw the window where the sounds were emanating, my mind returned to a time when this was unheard of. Unashamedly, I could not fathom it. I was in my twenties and hanging out in Austin with friends from church.

I was eager and still a virgin, though. I knew nothing of effort, how sex appears consistently after you put in a good amount. I knew only of pornography, of fantasy, of pixels on a laptop screen. I would do anything, as I sipped my beer, to awaken them. I did not know how to be with someone in real life.

Walking back to my apartment, I thought of how I had wanted to stumble upon sex for years, as my friend had. And how it finally happened. Wasn't it time to celebrate after being on just the right square of sidewalk?

I thought of why I reacted the way I chose. Why I engaged, then left the scene. Forget about the comedy of me standing there like an axe-murderer in a prequel. Shouldn't I have indulged my senses at a time when everyone needed some relief?

The answer is no and passionately such. I should not have indulged my senses. At least for no longer than I took to recognize the sounds.

In this instance, the sex wasn't there for my benefit. I wasn't looking to buy in. Not scrolling, curious to see what I could find.

The moment didn't belong to me, and that's why it stayed with me like it did. I didn't create it, just witnessed. Sex is still most powerful, most desirable, most honest when it occurs off-line.

When this happens, sex maintains its mystery. Away from the crowd, away from the cameras. Away from wandering eyes and smartphones, the way many of us still find it readily available. The only way, in a world gone viral, for it to maintain the intimacy it deserves. This is how I must revere sex. Sometimes it takes a close encounter to remind you where you should be standing.

We need to protect sex when we're not taking part in it. When we're not the one's engaging, we must create space for it to exist. I have nothing against fantasies, but it's up to each of us to separate them. From reality, from voyeurism. If it's not my time for intimacy, I'm best served preparing for when it is.

When I heard the man join in above me, I felt the intensity of raw, passionate sex. He was consistent and a lower register. Together, the voices struck like tennis balls, and I was standing at the center of the net.

I glanced down to where their driveway curved away from me into the shadows. Another step and I would officially be an ornament on their lawn.

Good luck, you two I thought, smiling. Even though they didn't need it. I and the rest of pandemic nation thanks you for burning extra calories at your expense.