How did I lose weight in France?

by Gina Chiriac 4 months ago in Secrets
Report Story 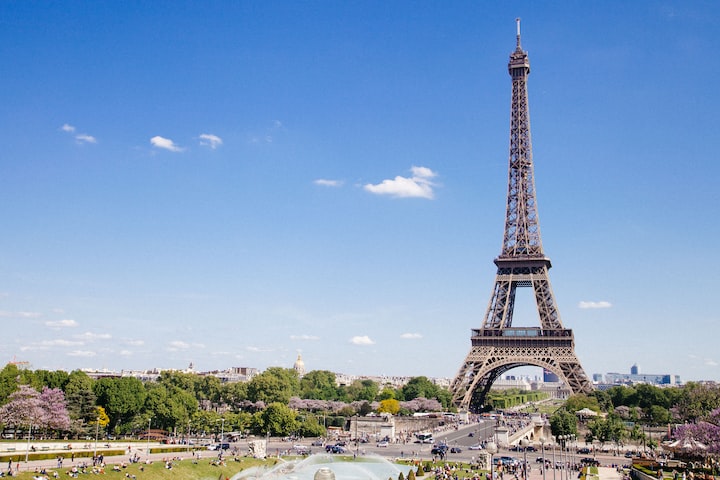 I didn't expect to lose a considerable amount of weight when I came to France. After all, whenever my heart demanded, I could eat baguettes, croissants, and pain au chocolat (FYI, my heart desires these things quite often ). As a result, you can imagine my amazement when I began to notice that all of my clothes were getting too large for me. It wasn't simply my imagination or wishful thinking when I stepped on the scale. While living in France, I lost 20 pounds. I was virtually drowning in the clothes I had brought with me, and I had to buy a new wardrobe almost altogether. Here are the reasons why I believe this happened to me after evaluating the issue!

One of my favorite aspects of living in France is seeing how dedicated the French are to superb cooking. France has produced some of, if not all, of the best meals I've ever had. I couldn't stand refusing a snack, sample, or meal offered to me while living in France because I knew it would be delicious! When I was in the United States, I developed the practice of avoiding food whenever possible. I'm not sure where this horrible behavior started. The diet industry, most likely. In any case, I knew I couldn't continue this behavior in France. I wanted to celebrate food, make friends with the locals, and learn to cook. So, despite my growing enjoyment for all of this wonderful cuisine, why did I continue to lose weight?

In France, there is no snacking.

One of the main reasons I believe it is simpler to keep in shape in France is that there is no such thing as a "snacking culture" as there is in the United States. Snacking has even been touted as a healthful activity in the United States at times. I recall fitness influencers telling me that it was a wonderful approach to keep our metabolism going at all times. The problem is that eating six small meals a day might make us feel highly unhappy with our meals. At least, that's what I discovered. When I chose to adopt a more Frenchified eating routine, I was so more happier with my eating habits. Sure, the French snack, but not in the same way as Americans do. In France, there is a snack time known as "l'heure de goûter," but it is a set time for children to eat a snack on their way home from school. It's not a habit born of boredom or a dietary restriction. It's a specific time to eat.

Ingredients that are in season(fresh)

Last but not least, I believe it was simpler to stay healthy in France because, oddly, I developed a greater appreciation for cooking. I was getting enthusiastic about all of the dishes that my French friends were preparing and wanted to be a part of it. I felt as if I was devoting a lot more time and effort to properly considering what I would eat that day. So I was daydreaming about food more, and it even seemed like I was eating more... but it was all made from scratch! Because there are fewer fast-food restaurants in France than in the United States, it was also more difficult to establish this as a habit. So, it was all home-cooked food! Furthermore, because food is so highly appreciated in France, my enthusiasm for it began to rub off on me. I'm not the best cook in the world, but with each meal I prepare, I aim to get better. It's a lot of fun to be on this adventure.

Photo by Jackson David on Unsplash

These are the reasons why I believe it was easy for me to lose weight and feel healthy while simultaneously being passionate about good food and eating lots of it! Luckily, habits can be applied anywhere! Even if you live in another country that has less-than-great food habits, you can choose your own. I recommend celebrating food instead of avoiding and demonizing it. Just make sure your ingredients are fresh, and you’re nourishing your body!

I feel healthier now after having learned these lessons, but the important thing is to always appreciate who we are in the moment. Losing a certain number of pounds won’t change a thing if we’re not treating ourselves with self-love and care. So don’t starve yourself — enjoy food, and enjoy life like the French!

More stories from Gina Chiriac and writers in Confessions and other communities.