'How Are You?' Immediately Makes Me A Liar

by J.R. Sonder 11 months ago in Humanity

It's a redundant question these days 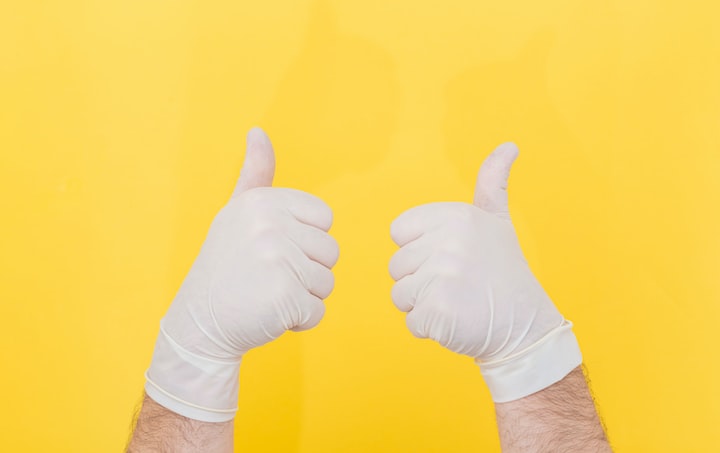 How are you? I hate that question.

Perhaps my hatred for it comes from my 9 years of servitude to the capitalist model as a supermarket worker.

'How are you today? Do you have your rewards card?'

No one would ask me how I was, and if they did, I would have to lie.

'How am I? Well. The 7am-er didn't show up. No one answers their phone at 7.01. So, I'm down one staff member. The staff I do have are angry because I'm 20 years their junior and don't like that I'm running the show. The store manager signed on 30 minutes ago and is sauntering outside for his second smoke break right as I answer your question. For the final time, do you have your rewards card?'

I would have been fired so fast. Isn't it interesting about face-to-face customer service that the most effective way to build genuine rapport with customers is by lying to them? The customer is always right.

How are you? The boss asks.

'Good, thank you.' I reply. I lie. Because it is shorter than, 'I am overworked, understaffed and you're favourite showed up late for the third time this week and it's only Monday. I don't get paid to do your job, but here I am doing it. Because at least I'm getting paid just enough to survive. How are you?'

It feels innate and disingenuous. Maybe, sometimes, it's laced with good intention and fired with wanting to care. But it's a distance question that anyone can ask. There's nothing special about it, nothing that makes me anticipate the greeting interaction with anything other than dread.

I have since left that motion of the great economic machine, but the question still haunts me.

Makes a liar out of me.

For the few who have escaped the rat race, creating their lives on social media for us to measure against, they too ask it, as though people will be honest. As though they have the capability in responding to a simply complex question online.

How are you? The social influencer asks.

No one can reply, not with genuine expression constrained by characters and the limited likelihood of response.

And then, in friendships, it's an automated question, as routine as the punch in and out of the 9-to-5.

'How am I? Good, thank you.' Because that is easier than, 'I'm feeling really lost even though I'm working towards something. I'm taking depression naps again, but I'm not too worried about them. I can't stop thinking about him, and it's exhausting. But I'm doing better than I thought, so overall, I'm a 5 out of 10.'

Perhaps the error is mine for not voicing I can't express myself properly with that question. Maybe it's all my fault that I shut down when asked either by friends, family or strangers. Where I have communicated that I don't like it, I feel guilty because it's how others show their kindness.

I think lying when being asked this question isn't always that bad.

Those few customers who would ask how I am always had money problems. Their eyes held the same desperation my parent's eyes did and sometimes still do. Some of them would ask me to distract me from checking their bags stuffed with in-the-process-of-stealing tin foods and batteries they could take for a refund later. I didn't mind.

The boss that would come and ask me as an alcoholic, and in their early fifties with a heart condition, the stress of the job so gregarious I have no doubt they will be in early graves. Can't find it in my heart to lose sleep over it.

And the friends that ask me, they suffer their own aching too. Some going through relationship troubles, others, their family's health causes sleepless nights and stressed out beings with no room for much else other than survival. I understand.

How are you is redundant because life is too complicated to be questioned with three syllables. We are too considerate to offload onto each other. We don't want to burden each other with our own burdens.

And we are too time-poor, to spend time waddling through nonsense and platitudes.

I've realised I don't want to partake in social niceties for the sake of it. Give me everything raw, ugly and painful. Share with me your pain so we can enjoy the pinnacle of joy. Don't talk to me until you're ready to do that because I can't share mine without you sharing yours.

We can still be happy during everything, just not as conscious conscientious liars as we have been.

As a friend, a sister, a perfect stranger, a Homosapien, I am interested in the wellness of others. With still limited social interactions, these days, to prompt anything other than a blockade answer, I ask, 'what's new?'

Maybe because it's something other than how are you? People pause, their brows raise in shock, and they answer one of two things: oh! No one asks me that following it with a long-form answer, or oh, nothing new. Same old, same old.

It might not be the best question, but it's better than 'how are you?'

More stories from J.R. Sonder and writers in Confessions and other communities.