i'm sorry i am so angry 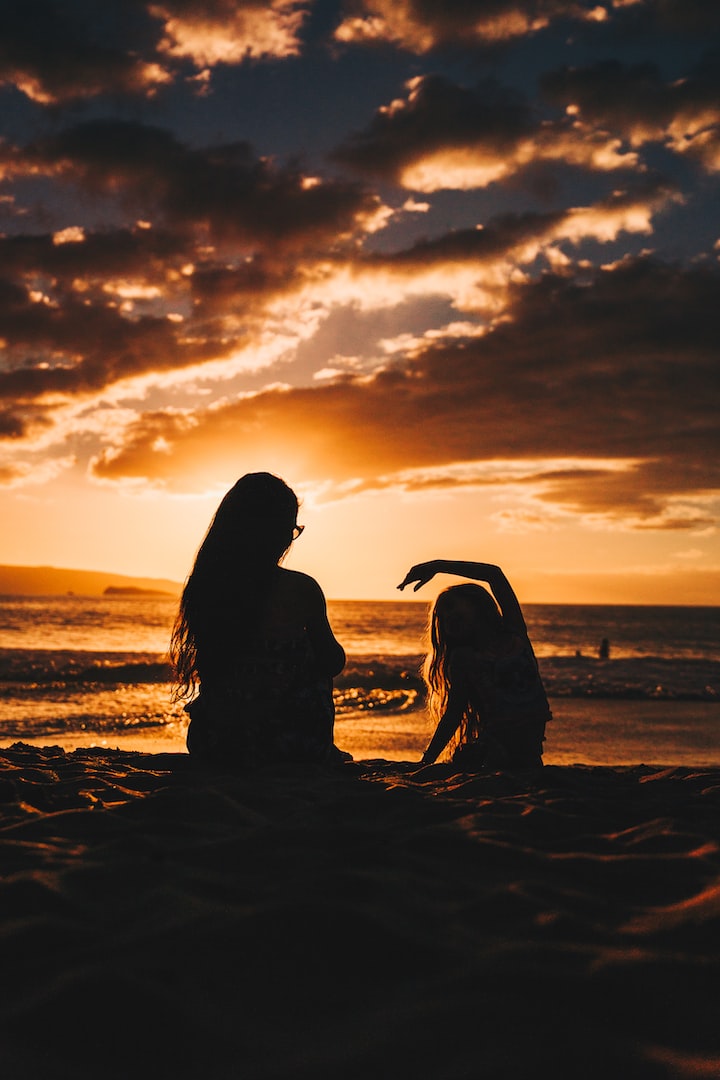 Photo by guille pozzi on Unsplash

I don't know what to say, because it feels like there is nothing to confess to you.

There is a project, when you go to Wilderness, where you have to write a letter to your parents, apologizing and admitting everything you did wrong, everything that happened to lead you to the program. It's manipulative, Alanna says, and blames everything on the kid, but that's not the point. Of course, as you know, I never went to Wilderness. I remember, you said you didn't want to ruin my camp experience. And I don't know, truly, if that would have happened, maybe you were right. I will never know. But I don't think it would have mattered either way, because my camp experience was ruined the moment I couldn't go to my last year. I don't know if you will ever know how much that last year meant to me. It was my haven, at the time, the only place I truly belonged, where there were people who enjoyed my company, rather than anywhere else, where I always felt like I had to hide who I truly was because I was too much, too nerdy, too quiet.

You know, I counted down the days until the session was supposed to start. I ended the last day on the calendar with ‘the end’. My last chance to leave the Academy behind and be somewhere that I truly loved. I used to plan out the days, how long it would take to reach the level where I could be a part of the program, and still go to camp. It was my JC year, I don't think you ever knew that, not because you never asked, but because I never talked about it. JC. Junior Councilor. JC’s were the light of the program, the oldest campers, the ones we all looked forward to being. And I missed it. I missed planning our JC dinner, I missed running the events--opening campfire, the talent show, the sing alongs. I missed out on the memories, their annual trip to the sand dunes, everything that entitled you to being a JC. Camp was my safe haven, my little secret, everything there was mine. Away from the way I shared every birthday, away from the way i shared gifts and rooms and fucking everything. The second I went to the Academy it was as if it all disappeared. I cry while I write this. That's how much it meant to me. And you and Dad. You were the ones who took that away from me. I have never told you this before.

We don't talk about the Academy. We have a silent agreement not to mention how you left me behind, how you saw all my problems and dumped them off on someone else. It feels as if I am betraying you, just writing it, because I know that you never meant to hurt me. Whenever anyone asks I always tell them you are the greatest, because I love you, I truly do.

You called me, right as I am writing this. I'm talking to you while writing this. And I don't know, is that all right? It feels wrong, because I'm here confessing in writing and looking you right in the face.

I feel like I am going to cry again. Here I am, talking to you, and it should feel normal-- you call me every morning, to make sure I have taken my meds. I don't think it helps though. I will never tell you that, just like I will never let you read this, even if it gets published in one of my anthologies, (this is an open letter afterall). Even if the world was ending. Well, maybe that's a little dramatic. Or maybe not. I wouldn't mind if the world ended anyway. Maybe when I die you can read it.

This letter is supposed to be light, funny even, a confession about a secret tattoo, or a carpet stain that was secretly my fault. And here I have brought it down, made it about my derision and anger. Because I am angry, I am so angry that you took these things away from me.

There is a lyric in one of my favorite Wombats songs, “Tell your mother that you love her dearly.” And I do, I don't say it enough. Mattie laughed at that lyric, she turned to you and said, “Mother, I love you dearly.” But I don't think I could make that same joke. And I don't know if it is because I am tight with my affection, or if it's because sometimes I don't think I love you dearly. And how messed up is that?

I see your relationship with my sisters, Mattie especially, she doesn't hold the same anger that I do, she loves you fiercely and openly, and I don't know whether to be jealous or angry. You two bonded while I was gone. You shared a house that I will never see--and that's not a metaphor, although, I do love my metaphors. You really did have a house that I wasn't a part of, a family that I will never be a part of.

I am thinking of things now, that I could confess to you, but they are all dark and they rip out my heart, they are a savage wolf tearing apart its next meal.

You tore away what would have been some of my best years with Blue. My sweet AngelBoy.

You abandoned me when I needed you most.

You are the reason I have lost some of my dearest camp friends. That last year was special. Something you had to be there to truly understand. And I see the Instagram posts. I saw them together, enjoying that last year. Sometimes I see them adventuring together, without me.

I guess this really just boils down to camp. It was so special to me, so fucking special and you took that away as if it meant nothing. As if I didn't deserve a happy experience at all. And the worst part is that I don't think you even realize that you took that away from me. For you it was one of my meaningless hobbies, it was just something I did every summer that you dealt with. But I don't think you will ever understand what it was to me, and I keep saying it, like a broken record, but that fucking camp meant everything to me. It was my place, more than anywhere else in the world.

I have been so angry for so long. Five years of anger boiling and simmering on low heat in the back of my head. And I don't think I could ever talk to you about it, unless maybe I was drunk, but as I write this I am sober, and the thought of mentioning it to you, the thought of giving you this pain, it hurts me too.

I have been thinking about this for so long. Have been angry for so long. To be honest, I can't believe I didn't think of it at first, I thought I didn't have any confessions, I thought there was nothing that you had done to me that needed confessing. But it seems I have hidden my secrets away, even from myself, and I don't know whether that is a good thing or a bad thing.

I read a book recently, Aristotle and Dante Dive Into the Water of the World. Ari, a character I have always loved so much, adores his mother, Liliana Mendoza, despite her mistakes, and one of the lessons he learns from her, one that he talks about and emphasizes, is that of forgiveness. And I don't know whether I will forgive you for taking this away from me. But I will still love you, I will always love you. And maybe that's enough, maybe we can't ask for anything more.

lil bit sad but a lil bit cool too

More stories from l blickensderfer and writers in Confessions and other communities.