by BullDude about a year ago in Embarrassment
Report Story

Something went wrong after the 5th Margarita. 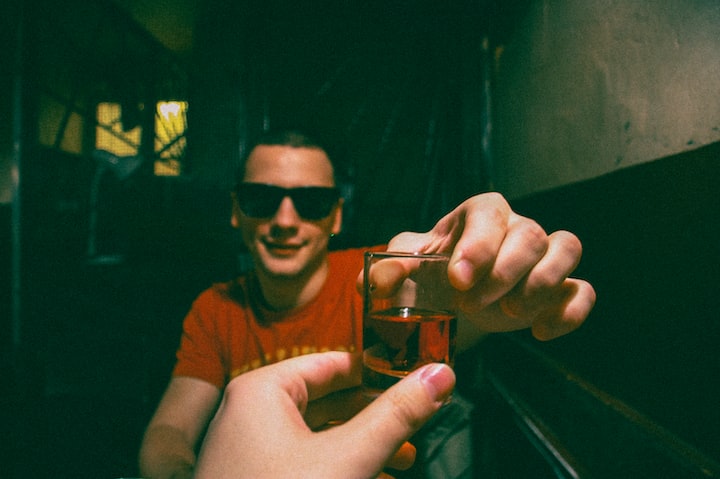 Photo by iam_os on Unsplash

It takes about 8 years for an Agave plant to grow. The cactus-looking plant is then trimmed and taken to the distillery for it to be chopped, trimmed, pressed and ready to be fermented for later on be distilled. It is a beautiful process that shows incredible skills and craftsmanship.

Once the liquid is ready, it will be bottled or aged in barrels ready to be shipped to different stores, restaurants and supermarkets. It is a long process from seed to bottle.

Tequila is one of those spirits that most of people do not only mix it for cocktails -the most popular of them all, the Margarita- or mixers, but shoot it. It takes about 3 seconds to take a 50ml shot of Tequila and over 8 years to produce it.

Back in 2014 I was working as a server/bartender in a famous Tequila bar in central London. The kind of venue that you have celebrities, Dj's and very expensive tacos. Friday and Saturday nights were wild, people would go crazy buying full bottles of Tequila as if it was lemonade, staff was allowed to drink on shift, truly madness.

On a very cold Friday night, I was serving a table of 5 early thirties ladies. Designer bags would sit on their laps, and very flashy watches could catch anyones eye. They were polite and fun, probably having one of those girls-only night out. They had fish tacos, guacamole, a mix of some very spicy salsa and an obscene amount of tequila.Their bill was more than what I was paying for rent at that time for a double room in north London.

After their fifth round of Margaritas, I could see one of the ladies, let's call her Janice, a bit pale. She was smiling, but she was not really there, her eyes were shiny, her hair started to look a mess and her designer bag was now sitting in a pool of spilled tequila and salt. She was done.

One of the girls order another round of Margaritas and some Tequila shots. I did my best to warned them that her friend was looking a bit fragile, I offered some water and I told them maybe it was not a good idea an extra drink for Janice.

They refuse, and the once very polite ladies now turned in annoying little tequila craving creatures. I warned my manager, but he decided to serve on last round. Bad idea, Janice took downed her Margarita in record time.

The Bar wasn't as busy at the time, so I decided to go outside to have a quick and deserved cigarette break. I was having some small talk with the security guy when Janice step outside with two of her friends.

They asked me if they could borrow my lighter and join the chat with the doorman. I could see that Janice was a state by then, I asked if she wanted to sit down, she looked at me and then vomit all over my chest. It was a disaster, the doorman was shocked, her friends started to laugh and the only thing I could see is the remaining of the fish tacos and a green colour liquid, maybe it was the mix of the Guacamole and lime juice from the Margaritas.

It felt warm for a moment, then cold and smelly. For my surprise it wasn't the end, Janice started to shout that I wanted to rape her. Everyone was laughing at Janice but me. It was the only day I did not bring a spare shirt for my shift.

My manager let me go earlier so I could have a warm shower at home. I took my jacket and made my way to the bus stop. I took my usual night bus 38 on route to Islington and after a very uncomfortable ride home I manage to take off that stinky shirt.

After years of that Friday night, I can still remember it as if it was yesterday. A bartender has seen it all.

NFT Enthusiast based in London.

More stories from BullDude and writers in Confessions and other communities.