by Joe Shetina about a year ago in Embarrassment
Report Story 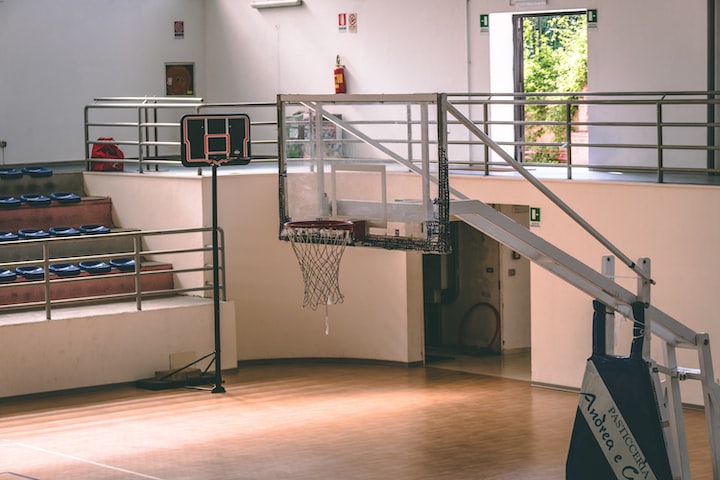 Photo by Fulvio Ambrosanio on Unsplash

I was teased for my weight my entire childhood. Other boys made reference to my fatness and even touched me without permission. The girls, not wanting to feel left out, laughed and made fun of how I looked in my clothes or how disgusting I was in general.

My bullying was an equal opportunity endeavor for all of my classmates. You’re welcome, everyone. It was my pleasure. Really.

If I wasn’t running away from the way my classmates thought of my body, I was seeing movies and TV shows and even books that had some strong ideas about people like me. Popular media is replete with negative images of fat people. According to these depictions, fat people are dim-witted, sloppy, and can’t help farting on people like crop-dusting blimps.

It was my mission to be the opposite of this. Especially at school. I went out of my way to avoid being what I thought was a “typical” fat person. I didn’t eat in front of people. I shied away from physical activity. I wore baggy clothes I could hide in like a shell. This is somewhat ironic because big clothes just made me look bigger. That was okay. Because if they were seeing the clothes they were not seeing me.

None of this stopped my peers from bullying me—but it helped me feel a little bit more in control of how much access they had to my body.

Being fat in a world where fatness is considered worthy of the most dehumanizing treatment is bad enough. It doesn’t help that everything’s terrible when you’re twelve. Thin, fat, tall, short, cool, dorky; middle school makes mincemeat of us all.

For a fat kid, there is no arena as ripe for potential humiliation as gym class. Whether or not you were athletically gifted (and before you ask, no, I wasn’t), gym class had a way of making sure every one of your classmates got an eyeful of every jiggling, flabby bit of you in motion. There was no way to run or jump without proving this.

Elementary school was bad enough. Gym class was far less of a commitment then. But middle school was when we started having to get dressed for class. Just when every kid was becoming more self-conscious, they made us change in front of each other. This twist could only have been devised by a particularly cruel reality show producer.

Is your face covered in pus-filled blemishes?

Are you finding hairs in places you never dreamed they could grow?

Do you think your body is nothing more than an ever-changing, smelly flesh sack that grows more alien to you every day?

Then you should audition for PUBERTY! The new series from the producers of Who Wants to Die a Virgin?

So, on top of more strenuous sports and games like softball and obstacle courses, middle school forced me to show more of my body than I ever had.

For a reason that still escapes me, in the midst of this cauldron of swirling hormonal pandemonium, I decided to eat lunch at school one day.

My system of not eating breakfast before school, skipping lunch so I didn’t have to eat in front of people, and eating everything in sight once I got home, had served me well thus far. I don’t know what possessed me to break the trend.

But break the trend I did. I don’t remember what prompted it, but one day, I brought and ate a bologna sandwich with chips and a Dr. Pepper at lunchtime. One of my classmates who deigned to let me sit with them at lunch even remarked on how weird it was to see me with a lunch.

Next period was gym class. I submitted to the daily change into my gym uniform.

Once we all began filtering out of the locker room and into the gym, our gym teachers, Mr. B. and Mrs. D., announced we would begin with a warmup. If I recall correctly, this was an inconsistent pre-class ritual, subject to the whims of our teachers.

My classmates and I formed lines along the shining gym floor. We extended our arms as directed and made adjustments so everyone had ample room to complete their warmups. Then, the teachers led the exercise.

I liked the leg stretches even though they made my shorts ride up. The arm stretches and rotations weren’t too bad. But this particular day, it was during the crunches (HELL) that I realized I was in trouble.

Halfway through our reps, I felt a deep gurgling in my stomach.

My face flushed. Not now, I remember thinking. But as I scrunched my stomach muscles, brought up my shoulders painfully upward, and tried to keep my folded legs on the ground, the gurgling intensified and began to slip downward.

I knew if I didn’t watch myself, I was going to fart as loudly and as nastily as any fat character in a movie.

We finished our crunches. The teachers called out: “Fifteen jumping jacks! Let’s go!”

Up-down, legs parting, up-down, stomach bubbling. I was so concerned about the brewing storm in my stomach that I didn’t even have time to worry about how my body looked as I jumped. I clenched up. I tried to get through it.

Her words bounced off the gym walls, amplified by the room’s acoustics. As I listened to the screeching of sneakers scuffing against the polyurethaned gymnasium floor, every sound careened and echoed across the room, and I knew I couldn't hide the fart if it did come. I had to hold it in.

But then came the pushups. I knew if I gave my all, I’d surely lose my grip on my fart. But if I didn’t give at least a half-hearted attempt at a pushup, I was sure my teachers would see, and I was a good kid. I couldn’t help but listen to a teacher. I got down on my knees and leaned forward onto my hands and said a silent prayer that my muscles—all of them—would hold out.

I pushed myself up. Because my thigh muscles were preoccupied with keeping the fart at bay, my legs couldn’t compensate for my weight. This was going to be harder than I thought.

I pushed myself up once more. Wobbling already, my arms began to buckle. My arms and thighs strained. My stomach and lower body gurgled and buzzed and began to ache.

I lowered myself slowly. Too fast and I’d lose control. Sweat formed on my palms, on my legs.

I pushed up again. My arms quivered. My knees went weak. There was no way I would make it to ten.

Why? I asked myself. Why now?

Why was my body betraying me this way? Why did I eat that bologna sandwich? It wasn’t even that good. How could I turn my back on all that hard work, the years of shame toward my body, and pick this moment to pull the ultimate of fat kid moves, farting in the middle of gym class?

I looked around. Not for help, but to see who was about to have front-row seats to my gas attack. Maybe I could measure the potential social damage I was about to do.

As I pushed myself up for the next rep, I became the first.

The sound of it ripped through the air, clear and uninterrupted, thunderous and unmistakable. The laughter was immediate. The twelve-year-old sense of humor is helpless before a well-timed fart.

Defeated, my muscles slackened and I dropped to my stomach. Heads turned and eyes found me. Even Mrs. D. and Mr. B. laughed, taken off-guard by the sound. Heat came to my cheeks and I tried to laugh it off.

But the laughter kept coming. Even after Mr. B and Mrs. D. tried to quell it so we could get on with class. It wasn’t exactly Carrie. But it felt like it to me.

I had become the kind of joke of a person all fat people seemed to be.

I don’t remember the rest of the day. I don’t remember how long it took my classmates to move on from it. I know it wasn’t the last day my weight brought me shame. But I also know I got back into pushup position and finished the warmup along with everyone else.

I also know that moments like this are what you make them. Most of what hurt me back then was made worse by how I felt about myself and my body. In trying to be the opposite of all the fat people I saw on TV, I was holding myself to an unnecessary and impossible standard.

The fact was this: the kids who laughed at me and bullied me would have done it no matter how I carried myself. Why did I have to twist the knife deeper?

In some ways, my early experiences with body shame saved me. I internalized so much shame about my weight that when I realized I was gay, it was no more than a blip on my adolescent experience. I was proud. I was able to see how different I was, and how beautiful that could be.

Like many former fat kids, I am a fat adult as well. I am comfortable with this. Compared to how I used to feel about my body, my fatness is almost a point of pride now. You can only hate how you look so much before you either let it consume you or let it blossom into delusional self-confidence. I chose the latter.

But it’s hard to find that kind of perspective when you’re twelve.

Joe Shetina (they/he) is a fat gay writer and camp object currently based in Chicago. https://linktr.ee/jshetina

More stories from Joe Shetina and writers in Confessions and other communities.