A Line in the Sand

How far will it take you... 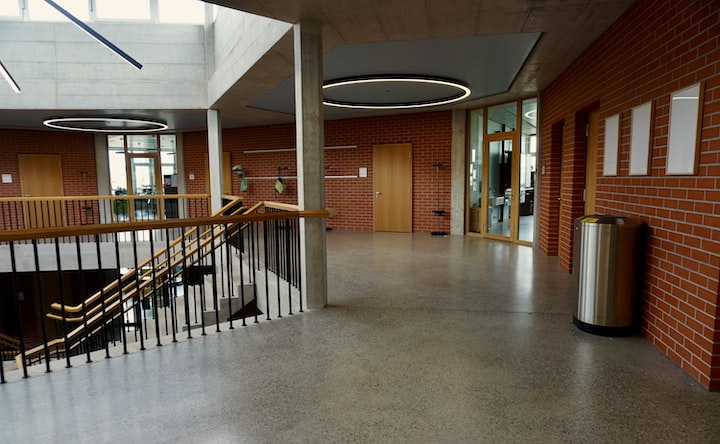 Photo by Azzedine Rouichi on Unsplash

When you are young, it is possible to believe that adults are there for you; that they are aware of what is best for you; that they are doing the right thing. I thought so for a very long time, all through the great disappointment that was my father, his replacement who could not stand even in his shadow as an example worth following, and many other figures in my life who were always lacking in some way. My moment of discovery came in the most innocent manner and I still recall what it was all about.

It started with a crossing guard.

Let me explain: I would walk home from school to have lunch, meaning that I walked off the school grounds, through one set of townhouses and up a hill to my home for lunch. There was one main road in front of our house that was quite busy, but I found that it was easy to navigate by looking in both directions and keeping in mind that it was a hill and that one direction would always be a little less clear to me if I decided to cross.

One day, when I was perhaps about eleven or twelve, I went home for lunch as usual, came out, crossed the road, walked down to the same set of townhouses and went to classes when the bell rang in the schoolyard. I was in one of those classes when I heard the following on the PA:

Another confession: I was not the kind of kid who got into trouble at my school. We knew who the troublemakers were, and I lived next door to some of them, so I made a point of not getting on anyone’s bad side if I could help it (even in the schoolyard, I would try to be on the more aggressive side if games of foot hockey were taking place). This made me accepted by all sides without really being a part of one particular gang. Nerdy and unskilled at anything else besides books and how a library was designed did not make me popular. So, all eyes were on me as I stood up and walked out of the room (even the teacher seemed as baffled as I was).

I was alone in the hallway, looking toward the open window of the front part of the principal’s office when I saw one of the vice principals at her desk. I will use no names here, especially with her. I had spoken to her at a different time when computers were introduced to our school and she had revealed a love of Doctor Who. This seemed like an impossibility to me. I would run home from school to see episodes on TVOntario and the idea of an adult enjoying what I loved was marvelous (yes, I knew that adults loved the show eventually; they were always involved in the telethon to get new subscribers and support for the network). A part of me soon thought that this must have been a bad joke. I wasn’t in trouble for the first time with a member of the staff. I was not being called out for something I did.

Those feelings lasted about as long as the handshake and offer to sit down.

“Kendall, we have a problem.”

I really did think they needed my help and was eager to hear more.

Now, I got nervous.

“Yes, it is the way you walk to school.”

I thought that this was a little too personal and was very confused about the criticism of my gait. Did I step too fast? Did I really have a walk that was causing trouble with my classmates?

My face revealed the confusion I felt, so she explained.

“You do not use the crossing guard when you come to school.”

I wish I could draw a map for you, but I think that I can explain the situation. My home, as I mentioned, was at the top of a hill that I would climb at lunch time and after school after crossing the road. If you went further up and kept heading down the road, you would encounter the crossing guard, a woman I never met or spoke to while living there (we had only moved there in the past two years). A part of me wondered why she was concerned about the way I walk to school.

“She told us that every time she sees you walk down that hill, she gets upset and hurt.”

Really? She can see exactly what I am doing? She knows that this is my school? Something seemed very off about the whole thing.

“You are hurting her.”

And that was the point when I got angry.

Now, remember, I had never been in trouble at my school before; I had never had a teacher kick me out of class, like they had for some of the other kids I mentioned; I had not caused any disturbances or bullied or fought anyone who harassed me (a very difficult thing to do when you are the only black child in the schoolyard and have to learn how to stand up for yourself).

Yes, I got angry.

“You called me into the office for this?”

I could feel the temperature rise in that room. The woman behind her desk really did not expect this to happen and probably wondered if it had been worth her time to do this.

“You called me into the office because of a crossing guard? Really?”

I could not stop myself. My voice rose and I felt a hot wire of anger burning in my body.

“Do not ever call me into the office for something so stupid again.”

And I got up and went back to the classroom.

You may wonder how I remember so much of this so well. I could not shake this moment from my head because I knew that something had been born in that office. The rebel was coming out just before I entered high school and I knew, as I stepped into the classroom’s silence and refused to provide information, that I had crossed an important line in my short life.

I was never called into the office again, but I did make sure not to hold back if I thought something was wrong and needed a comment. If I had shared my moment with some of the “problem kids”, I am sure it would have made me much more popular. But I was still a nerd who loved Doctor Who, Choose Your Own Adventure books, comics and video games.

But the line was crossed.

Read next: I Was A Good M♥M